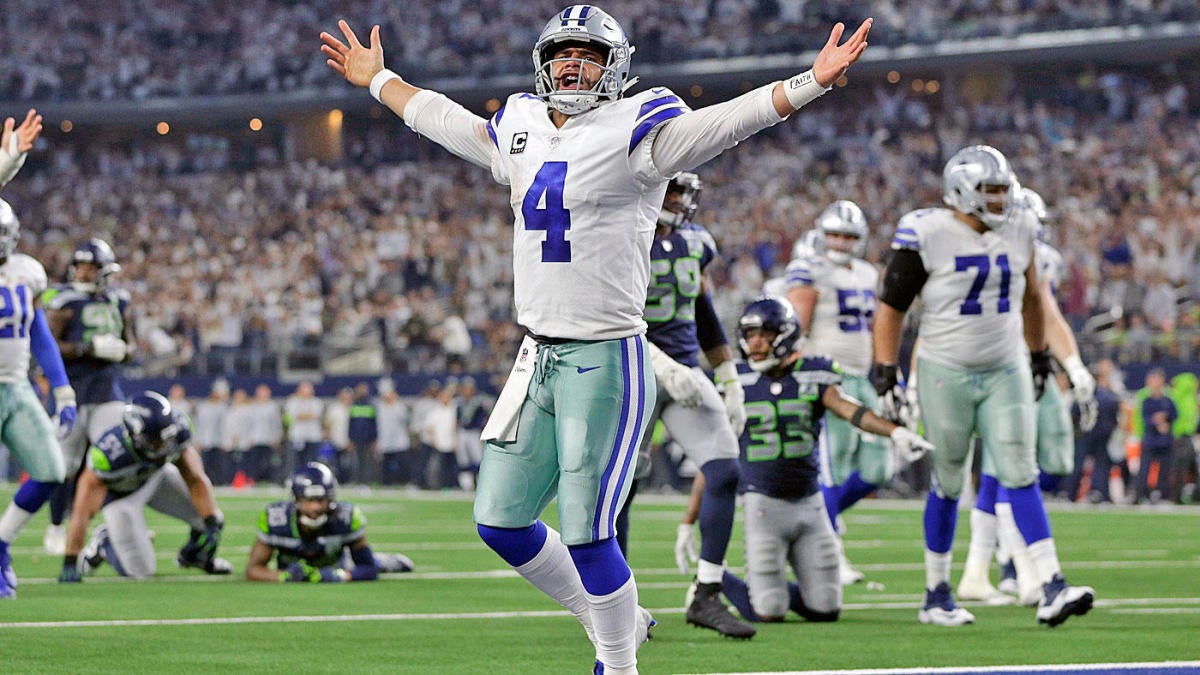 Jason Garrett was hired as the head coach of the Dallas Cowboys midway through the 2010 season. Dallas was 1-7 when Garrett got the job, and rebounded to finish 5-3 the rest of the way. In each of the next three seasons (2011-2013), the Cowboys were eliminated from playoff contention in Week 17, finishing with an 8-8 record each time.

The Cowboys finally broke into the postseason with perhaps the best team of the Garrett era in 2014, only to stumble to a 4-12 finish the following year when Tony Romo broke his collarbone twice in the same season. Dak Prescott and Ezekiel Elliott led the team back to the playoffs in 2016, but the team missed out the following year due to a second-half slide induced by Elliott’s six-game suspension for violating the league’s domestic violence policy that coincided with injuries to Tyron Smith and Sean Lee, which undermined the team’s offensive line and entire defense, respectively.

Things looked like they were about to spin out of control last year as Dallas stumbled to a 3-5 start and the offense regressed even further, but we all know what happened next. The Amari Cooper trade reinvigorated the offense, Kris Richard and young linebackers Jaylon Smith and Leighton Vander Esch catapulted the defense forward, and the Cowboys won a string of close games to push their record to 10-6, capturing the NFC East title along the way.

What will happen in 2019? Here are five bold Cowboys predictions …

This time, there’s reason to think Dallas can actually get back into the postseason for consecutive years for the first time since 2006 and 2007. The Cowboys are returning 19 of 22 starters from last season, and the three who are not back are: Geoff Swaim, who you probably only know from his mention in this sentence and who has been replaced by Jason Witten and Blake Jarwin; Joe Looney, who was star center Travis Frederick’s injury replacement and is now moving back to his usual utility lineman role; and Cole Beasley, who has been replaced by slot man Randall Cobb and rookie hybrid back Tony Pollard.

This is a very deep roster — perhaps even deeper than last year. (There’s a reason the Cowboys placed nine players on our staff Top 100 list, most in the NFL.) With Kellen Moore at the controls, the offense they’re running should thankfully look more like one from this century rather than the 1992-style offense Scott Linehan has been running for the past several years. With Richard having even more impact on Rod Marinelli’s defense, the back seven should again provide a nice complement to the Demarcus Lawrence-led pass rush, which now has Robert Quinn on its side.

The NFC is incredibly tough. Far tougher than the AFC. And the Cowboys share a division with arguably the conference’s best team. But there is enough talent here to get back to 10 wins. And that should be enough to make it back to the playoffs. What happens once they get there is up to them.

2. Ezekiel Elliott gets his contract extension

Jerry and Stephen Jones are talking a big game when it comes to Ezekiel Elliott’s contract. Jerry has spoken openly about how you don’t need a rushing champion to win a Super Bowl. Stephen has stated that the Cowboys refuse to be market-setters when it comes to their negotiations with the players currently angling for extensions. And yet, when asked earlier this week if he was worried about not getting a deal done with Elliott, here’s how Jerry replied:

“No, I don’t consider it. When have I ever not done one? So, I don’t worry about that.”

And that’s true. Jerry talks in circles a lot of the time, but he is rarely obfuscating his intentions. Every time the Cowboys say they want to pay somebody, they do it. I do not expect Elliott to be the first one who bucks that trend. Your mileage on whether or not this would be a good idea will vary (count me in the camp that says you should just not pay a running back $10 million per year or more, no matter where you drafted him or how good he is), but it seems incredibly likely that the Cowboys will end up paying up here.

Jarwin played only 36 percent of the Cowboys’ offensive snaps last season, and ended up with 27 catches for 307 yards and three scores. Geoff Swaim is now in Jacksonville. Rico Gathers seems increasingly unlikely to make the team. And Jarwin consistently gets more praise from the coaching staff than second-year man Dalton Schultz, who played 28 percent of snaps and had just 12 catches for 116 yards last season.

Sure, Jason Witten is back; but he has been away from football for a year and reportedly agreed to a snap count as part of his comeback, and when he last played, he posted a 63-560-5 line while playing 98 percent of snaps. If he and Jarwin end up playing around the same amount of time — or if Jarwin actually out-snaps him — then it seems likely the younger, more athletic player will end up catching more passes. And with new offensive coordinator Kellen Moore planning to throw more often out of two-tight sets than his predecessor Scott Linehan, Jarwin could even get some catches while Witten is on the field and blocking, since he is more reliable in protection.

Two years ago, Brown looked like the odd man out in the defensive backfield, having regressed from a strong rookie campaign. Last year, he leapt back into the starting lineup under new passing game coordinator Kris Richard, and acquitted himself nicely. But Brown is now in the final year of his contract, and unlike Byron Jones, is not one of the premier corners in the league. It seems unlikely that the Cowboys will end up paying them both, given the amount of money they have to lay out elsewhere.

It’s a good thing they have Lewis, who was terrific as a rookie before getting surpassed by Brown last season, but apparently looks excellent in camp. And it’s a good thing they drafted Jackson, who is essentially built like the prototype Richard corner and has experience playing both outside and in the slot. If these two show well enough in camp and preseason, it would be somewhat surprising but not nearly shocking to see Brown moved before the regular season begins in order to help the Cowboys fill a hole elsewhere.

5. The offensive line continues to have injury issues

For the first four years that they all played together, Tyron Smith, Travis Frederick, and Zack Martin combined to miss just six games due to injury, with Smith sitting out three games in both 2016 and 2017. Last year, Smith missed three more games, Martin sat out the first two games of his career, and Frederick missed the entire season while recovering from Guillain-Barre Syndrome. Additionally, rookie left guard Connor Williams missed three games due to injury. That’s the least healthy the Dallas offensive line has been in quite some time.

And the injury issues have already started this season, what with Martin sitting out of practices due to a balky back — an MRI of which revealed an irritated disc. Martin maintains that he will be ready for the season, but back issues can linger and are not good news for an offensive lineman anyway — as the Cowboys have seen with Smith. This is definitely a situation to monitor, given how much of the team’s identity is based around the strength of its line.