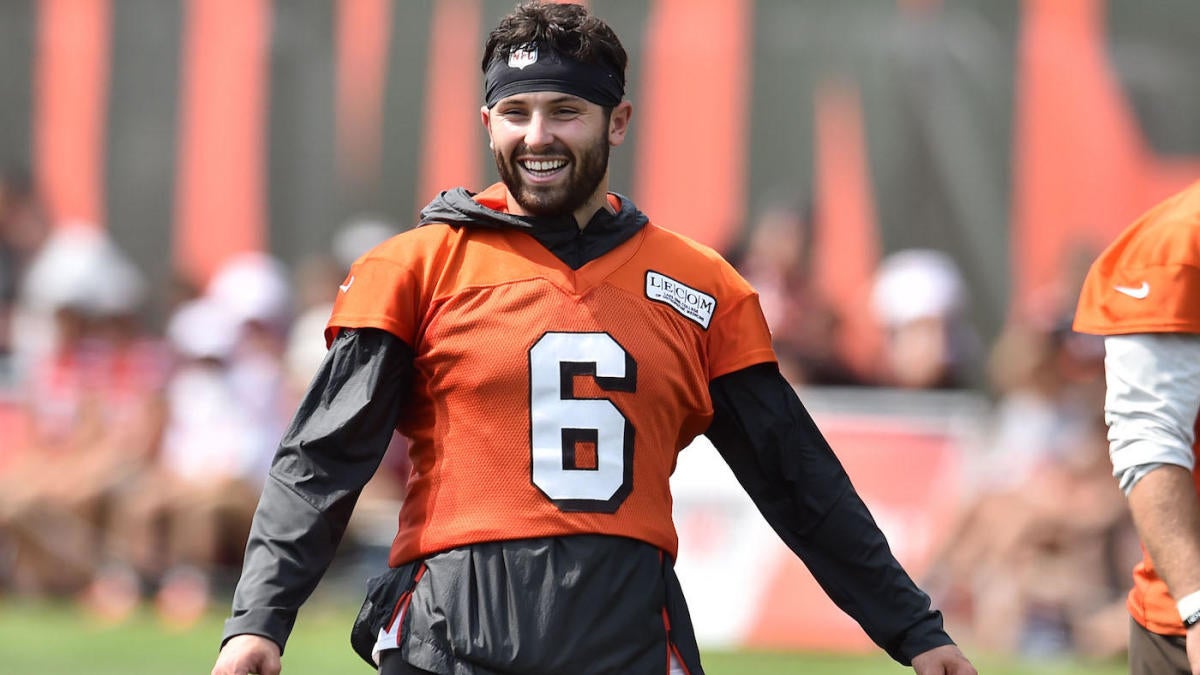 It’s only August. The regular season is a month away. But Browns quarterback Baker Mayfield still found a way to add to his growing legend without even stepping onto a football field.

On Saturday, Mayfield attended the Indians game against the Angels as a spectator. When the camera found him, Mayfield took a sip of his beer before quickly realizing that he couldn’t make the mistake Aaron Rodgers made a few months ago. But instead of simply chugging his beer, Mayfield asked for a brand new can, got what he asked for from someone off-camera, and proceeded to shotgun it by — and this is the important part — puncturing the can with his teeth before turning around and gesturing toward his Francisco Lindor jersey.

Mayfield remains deadly out of shotgun:

But the best part is what happened next. As if simply shotgunning a beer at an Indians game wasn’t enough, Mayfield’s performance sparked an explosion of runs.

At the time, the game was deadlocked at 0-0. The Indians hadn’t managed to record a hit. But immediately after Mayfield shotgunned his beer, the Indians scored five runs. Three of those five runs came on a home run by … you guessed it: Francisco Lindor.

The Indians went on to beat the Angels, 7-2. And they were quick to credit Mayfield for his contribution to the win.

“We all appreciate him,” Lindor said, per the Associated Press. “We’re all a fan of him. What he did with the beer was pretty impressive.”

It won’t be long until Mayfield gets the chance to add to his legend by actually playing football again. The Browns begin their preseason slate against the Redskins on Thursday night and they’ll kick off their regular season against the Titans on Sept. 8.

For the first time in forever, the Browns are entering the upcoming season as the favorite in the AFC North and a fringe Super Bowl contender. That’s not entirely due to Mayfield — Myles Garrett, Odell Beckham, and plenty of other players also deserve credit — but the Browns’ rise to prominence wouldn’t have been possible without Mayfield, one of the best young quarterbacks in football who immediately made the Browns competitive during his rookie season by setting the rookie record for touchdown passes.

At this point, the only question is how the Browns — a young team with a first-time head coach — will be able to handle expectations, because from a pure talent perspective, they’re one of the best teams in football. It’s not just about Mayfield, but it begins and ends with him. He’s already the most important athlete in Cleveland, responsible for not only the Browns’ return to relevancy, but the Indians’ win on Saturday night as they look to chase down the Twins in the AL Central.