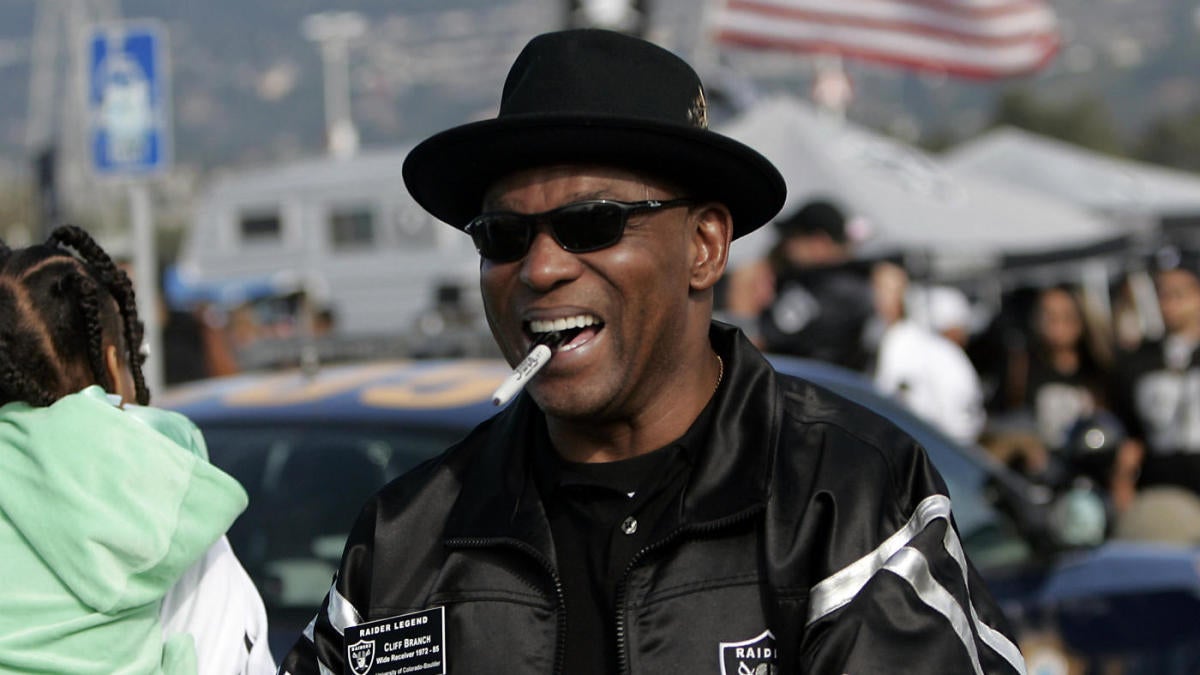 The Raiders have lost a legend.

Former wide receiver Cliff Branch, who spent 14 seasons with the team, passed away on Saturday at the age of 71. According to the Bullhead City Police Department in Arizona, Branch died of natural causes at approximately 3:40 p.m. in a hotel room.

On a day where the NFL celebrated its newest Hall of Fame members, the Raiders made sure to point out that Branch should have been one of them.

“Cliff Branch touched the lives of generations of Raiders fans,” the team said in a statement. “His loss leaves an eternal void for the Raiders Family, but his kindness and loving nature will be fondly remembered forever. Cliff’s on-field accomplishments are well documented and undeniably Hall of Fame worthy, but his friendship and smile are what the Raider Nation will always cherish.”

Branch’s NFL career started in 1972 when the Raiders made him a fourth-round pick in the NFL Draft. Although his career got off to a slow start, Branch exploded on to the scene during his third season with the team. In 1974, Branch led the NFL in both receiving yards (1,092) and receiving touchdowns (13).

Even though Branch put up big numbers in the regular season, he was arguably even more impressive in the postseason. The wide receiver played a key role on all three of the Raiders’ Super Bowl winning teams. During his three Super Bowl appearances combined, Branch caught 14 passes for 181 yards and three touchdowns.

Branch’s most impressive Super Bowl performance came in January 1981 when he caught five passes for 67 yards and two touchdowns during Oakland’s 27-10 win over Philadelphia in Super Bowl XV. Branch finished his career with 1,289 receiving yards in the playoffs, which ranks fourth all-time. The receiver also caught 73 postseason passes, which ranks as the 10th highest total of all-time.

Branch, who spent his entire career with the Raiders, ended up retiring following the 1985 season. He finished his career with 501 catches for 8,685 yards and 67 touchdowns. Branch also finished with an impressive career average of 17.3 yards per catch.

During his time with the Raiders, Branch became close with team owner Mark Davis — before Davis actually owned the team. During Al Davis’ reign as Raiders owner, Mark Davis actually served as Branch’s agent at one point.

“He only represented one person, and he did a hell of a job. He was able to hammer out a deal with his dad and got me a lifetime contract with the Raiders,” Branch said in 2016, via the Las Vegas Review Journal. “Thanks to Mark, I have a great life.”

Davis released a short statement after Branch’s death on Saturday.

“Cliff was my best friend. I will miss him dearly,” Davis said.

As for the Hall of Fame, Branch had been hoping to get in while he was still alive. The 71-year-old had even gotten some advice from John Madden.

“Stay alive so you can enjoy going to the Hall of Fame,” Madden once told Branch, via the Santa Rosa Press Democrat. “It’ll come.”

Branch has been a semifinalist for the Hall of Fame twice (2004, 2010), but he’s never made it past that round of voting.

Although Branch won’t be around to see it, he could be immortalized as soon as next year. In 2020, the Hall of Fame will be inducting a special class of 20 people, and our projection here at CBSSports.com is that Branch gets in as one of the 10 senior committee nominees.

Branch ended his career with the third most receptions, receiving yards and touchdown catches in Raiders history. The only two players ahead of him on all those lists — Tim Brown and Fred Biletnikoff — are both in the Pro Football Hall of Fame.