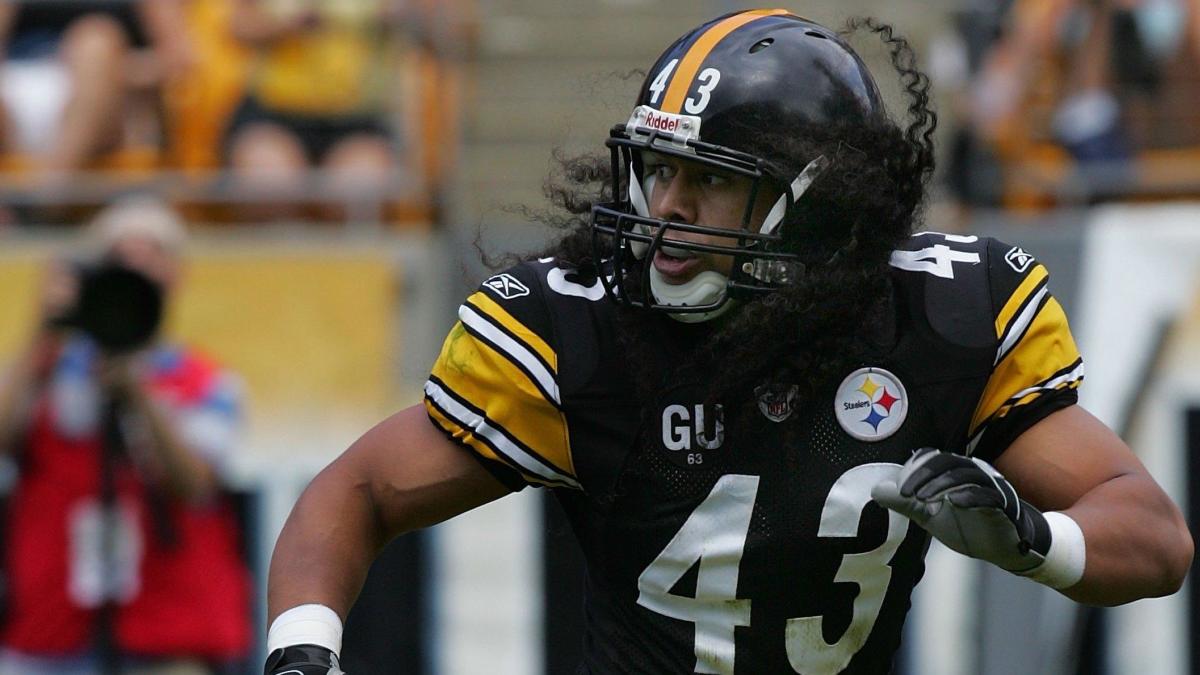 The Pro Football Hall of Fame officially announced on Friday that they will have a special centennial class for 2020. The class will include a record 20 enshrines consisting of five modern-era players,10 senior inductees, three contributors, and two coaches.

Along with celebrating the league’s centennial year, Hall of Fame President David Baker said earlier this year that another reason for the extended class in 2020 was to help clear the backlog of worthy players who have yet to have their careers immortalized in Canton.

In light of Friday’s announcement, we’ve put together our predictions for the 20-member 2020 Hall of Fame class.

Tony Boselli, left tackle (Jaguars, 1995-2001): Arguably the greatest player in Jacksonville Jaguars history, Boselli has been a finalist for the Hall in each of the past four years. A five-time Pro Bowler and three time All-Pro, Boselli played a major role in the Jaguars’ run to the AFC title game in 1996 in just the franchise’s second year of existence.

Edgerrin James, running back (Colts 1999-2005; Cardinals 2006-07; Seahawks, 2009): A rushing champion in each of his first two NFL seasons, James retired after 11 NFL seasons with 12,246 rushing yards and 80 touchdowns. James teamed up with Peyton Manning and Marvin Harrison to form one of the NFL’s all-time offensive triplets during the late ’90s/early ’00s.

John Lynch, safety (Buccaneers, 1993-2003; Broncos 2004-07): A Pro Bowler five times in a six-year span from 1997-2002, Lynch earned four more Pro Bowl selections during his final four NFL seasons in Denver from 2004-07. His pre-snap predictions of Oakland’s play calls were a major reason why the Buccaneers won their first Super Bowl title at the end of the 2002 season.

Troy Polamalu, safety (Steelers, 2003-14): The greatest strong safety of his era, Polamalu was an eight-time Pro Bowler, four-time All-Pro and the 2010 Defensive Player of the Year. He was also one of the best players on two Pittsburgh Super Bowl championship teams. Next year will be Polamalu’s first year of eligibility.

Tom Flores (Raiders 1979-87; Seahawks 1992-94): Flores and Mike Ditka are the only two people in NFL history to win a Super Bowl as a player, an assistant coach and as a head coach. Flores is also the first Hispanic head coach to win the Super Bowl. One year after taking over for Hall of Fame coach John Madden, Flores guided the Raiders to an upset victory over the Eagles in Super Bowl XV. The ’80s Raiders, in the process, became the first team in NFL history to win the Super Bowl as a wild card team. Flores’ Raiders again pulled off the improbable three years later, drubbing the defending champion Redskins in Super Bowl XVIII, 38-9.

Jimmy Johnson (Cowboys 1989-93; Dolphins 1996-99): Johnson was the architect behind the greatest three-year turnaround in NFL history. In 1989, he inherited a moribund Cowboys franchise that would go 1-15 during his first season in Dallas. But that season, following his infamous Herschel Walker trade, would lay down the foundation for what was to come. Johnson’s Cowboys reached the mountaintop in 1992, dominating the Bills in Super Bowl XXVII. The Cowboys would become the sixth team to win back-to-back Super Bowls the following year before Johnson stunned everyone by resigning that offseason. Johnson returned to coaching in 1996, leading the Dolphins to three postseason appearances before stepping away for good after the 1999 season.

Dick Anderson, safety (Dolphins, 1968-77): A member of Miami’s “No Name” defense, Anderson picked off eight passes in a season on three separate occasions during his NFL career. A two time Super Bowl champion, Anderson was named the NFL’s Defensive Player of the Year in 1973.

Cliff Branch, wide receiver (Raiders, 1972-85): Cliff Branch played a key role in each of the Silver and Black’s three Super Bowl runs from 1976-83. Branch, a four time Pro Bowler and three time All-Pro, led the NFL in receiving yards in 1974 and in touchdown receptions in 1974 and in 1976. Branch’s two touchdown receptions in Super Bowl XIV helped Oakland pull off a 27-10 upset victory over Philadelphia, while his 94 receiving yards and first-half touchdown against Washington helped propel the Raiders to a blowout victory over the Redskins in Super Bowl XVIII.

Roger Craig, running back (49ers, 1983-90; Raiders, 1991; Vikings, 1992-93): A three-time Super Bowl champion, Craig was the first player in league history to score three touchdowns in the Super Bowl and record 1,000 yards rushing and receiving in a single season.

Chuck Howley, linebacker (Bears, 1958-59; Cowboys 1961-73): The only Super Bowl MVP of a losing team, Howley was a seven-time Pro Bowler and five-time All-Pro. He was a key member of Dallas’ first Super Bowl championship team in 1971.

Jim Marshall, defensive end (Browns, 1960; Vikings 1961-79): While some still remember him as the defender that returned a fumble the wrong way for a safety in 1964, Marshall should be remembered as a dominant defensive lineman who was one of the biggest pieces of Minnesota’s Purple People Eater defense. With Marshall helping lead the way, the Vikings won four NFC titles in an eight-year span.

Donnie Shell, safety (Steelers, 1974-79): Nicknamed “The Torpedo,” Shell, an undrafted rookie in 1974, won four Super Bowls with the Steelers while recording 51 career interceptions. He was a five-time Pro Bowler and three-time All-Pro.

Bill Nunn: A prominent sportswriter turned NFL scout in the late 1960s, Bill Nunn scouted a slew of players from predominantly black colleges that would help the Steelers win four Super Bowls during the 1970s.

Steve Sabol: The co-founder of NFL Films along with his father Ed (who was inducted into the Hall of Fame in 2011), Steve Sabol played an essential role in the growth and popularity of the NFL during the 20th century.

Paul Tagliabue: Tagliabue served as the NFL commissioner from 1989-2006. Not only did the league grow immensely under his watch, there were no work stoppages during Tagliabue’s time as commissioner. Tagliabue was also commissioner when the NFL ushered in free agency during the early 1990s.

Some others with a great case

Steve Atwater, safety (Broncos 1989-98; Jets, 1999): A two-time All-Pro and Pro Bowler in eight of nine seasons from 1990-98, Atwater is regarded as one of the most physical defensive backs in NFL history. Atwater played a key role in Denver’s back-to-back championship runs in 1997 and ’98.

Don Coryell, coach (Cardinals, 1973-77; Chargers 1978-86): Coryell’s enhancements in the passing game continue to impact how pro football is being played today. Nicknamed “Air Coryell,” his offense in San Diego took the NFL by storm during the late ’70 and early ’80s. While his offensive philosophy changed pro football forever, Coryell never won a Super Bowl, a fact that has likely kept him out of Canton to this point.

Alan Faneca, left guard (Steelers, 1998-2007; Jets 2008-10): A nine-time Pro Bowler and six-time All-Pro, Faneca won a Super Bowl with the Steelers while being regarded as one of the best offensive linemen of his era.