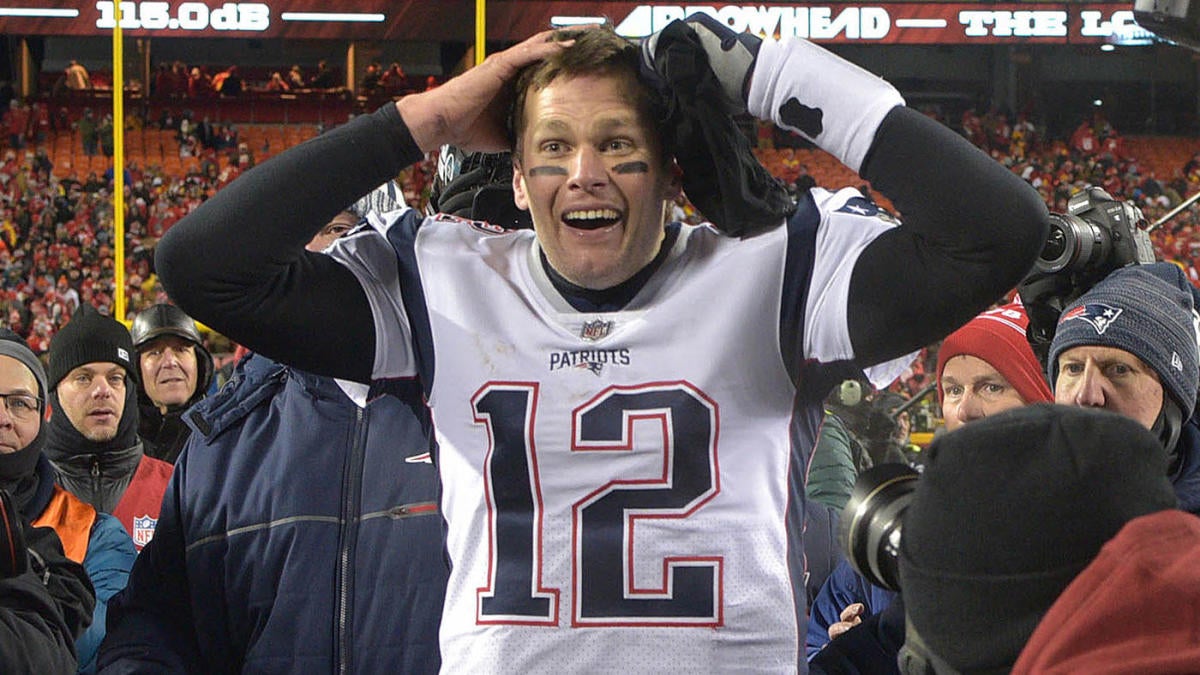 At some point, Tom Brady is going to be too old to play football, but unfortunately for the 31 NFL teams who aren’t the Patriots, it doesn’t look like that point is going to be coming anytime soon.

The Patriots quarterback, who apparently stopped aging 10 years ago, celebrated his 42nd birthday on Saturday, which means that Brady is now basically doing the impossible. There have been very few quarterbacks who have ever made it to their 42nd birthday while still playing in the NFL and even fewer who have been productive on the field. As a matter of fact, there have only been a total of six quarterbacks who have ever thrown a touchdown pass after their 42nd birthday: George Blanda (14), Vinny Testaverde (7), Steve DeBerg (3), Warren Moon (3), Doug Flutie (1) and Earl Morrall (1).

The six-time Super Bowl winner could blow by four of the guys on that list before Week 1 is over this season, and he’ll likely pass Blanda before the halfway mark of 2019.

Brady is so old that he’s almost the oldest player in the NFL this year. There are only two players older than Brady — Adam Vintieri (turns 47 in December) and Matt Bryant (turned 44 on May 29, 2019) — and if Bryant ends up retiring this summer, that means Brady will head into the 2019 season as the second oldest player in the NFL.

Although Brady doesn’t really seem to acknowledge his birthday anymore, everyone else in the NFL does. Multiple players actually wished Brady a happy birthday on Saturday and some of those players were pretty hilarious.

“It would be nice if you just hurried up and retired so some of us can win a Super Bowl,” Ebron said.

“You need to retire so someone else can win a championship,” Cohen said.

The video also features Zach Ertz, Stefon Diggs and Saquon Barkley and you can see the entire thing below.

Although roasting Brady on his birthday probably sounded like a good idea in theory, it was a horrible idea because those guys are now all on Brady’s list.

Brady also received some birthday wishes from his wife, Gisele, who referred to Tom as “the avocado to my toast,” which makes sense because those two probably live on avocado toast alone.

“Happy birthday love of my lifeeey! Life is so much better because we can share it with you! Thank you for being our rock, and the avocado to my toast ! We love you,” Gisele wrote.

Brady also received a nice birthday video from Julian Edelman, which is absolutely worth watching, especially if you like the Shania Twain song, “You’re Still the One,” and who doesn’t.

“Now that I am retired, you need to carry me,” Gronk wrote.

Finally, if you’re wondering what Brady did to celebrate his birthday, it sounds like nothing. According to Patriots receiver Philip Dorsett, Brady’s birthday is just another day for the 42-year-old.

“I don’t think he’d want us to do anything,” Dorsett said. “He’s a real humble dude. His birthday is like another day. We’re going to tell him ‘happy birthday’ and that we appreciate him, but at the end of the day he doesn’t really care.”

Brady did actually get a nice birthday present from the Patriots in the form of not having to practice on Saturday. The team had a scheduled day off so they can prepare for their trip to Detroit on Sunday. The Patriots will be holding joint practices with the Lions before their opening preseason game on Thursday.