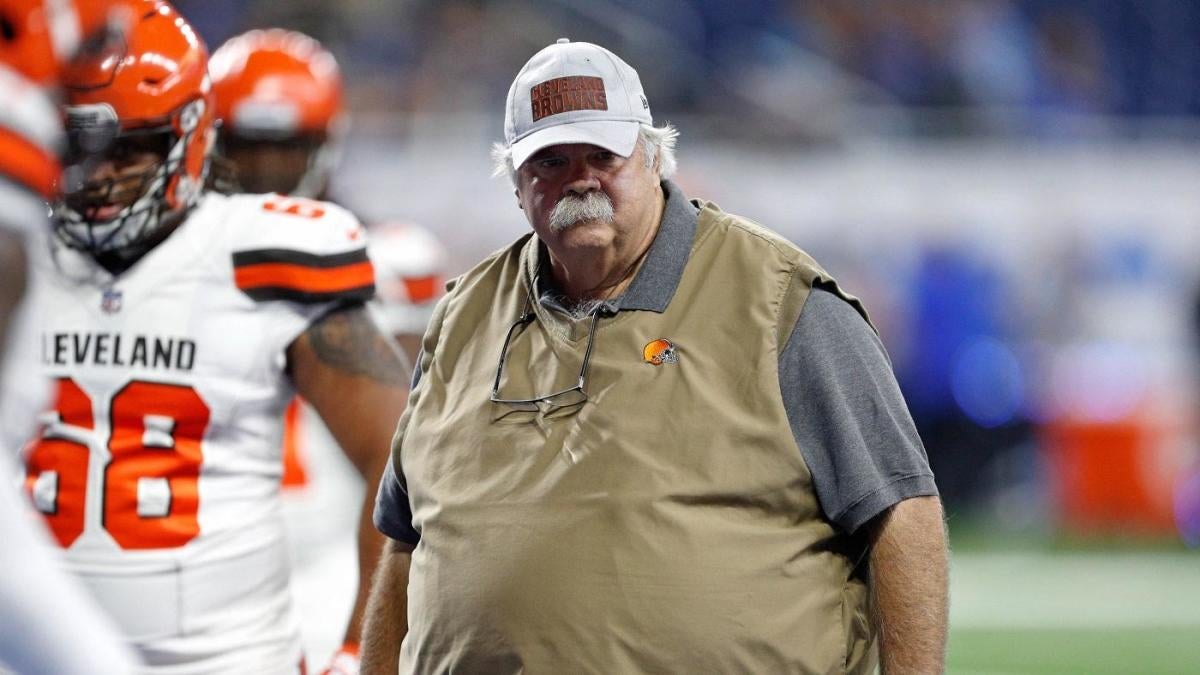 Bob Wylie gained internet fame last year after his appearance on HBO’s “Hard Knocks” when the show spent the 2018 training camp with the Cleveland Browns. The former Browns offensive line coach is back in the news after offering some critical comments of Cleveland’s new head coach, Freddie Kitchens.

Wylie, during an appearance on The Zach Gelb Show on CBS Sports Radio, said that former Cleveland quarterbacks coach Kenny Zampese, not Kitchens, was mostly responsible for the Browns’ strong finish to the 2018 season following the midseason firing of former head coach Hue Jackson. Cleveland, with former Browns defensive coordinator Gregg Williams as the interim head coach, finished the season with a 7-8-1 record after going just 2-5-1 under Jackson.

“Baker [Mayfield] likes Freddie,” Wylie said, per Cleveland.com. “There’s a good relationship there even though Kenny Zampese did all the coaching there. Baker likes Freddie, so that had to [play a factor] into the decision.”

Wylie was asked why he didn’t think the head coaching position was offered to Williams, a Super Bowl-winning coordinator who is currently the New York Jets defensive coordinator.

“My own personal feeling is Gregg was too strong a candidate for the seat,” Wylie said. “I don’t think [Browns GM John] Dorsey wanted to go head-to-head with Williams like he had to do with Andy Reid in Kansas City, so he kind of filtered Gregg out of the picture.”

It should also be asked if Wylie has some resentment for the Browns, who relieved him of his duties after the 2018 season. Wylie, who took a medical leave from the team in December of 2018 after suffering a serious ankle and knee injury, was informed by his daughter that he was no longer employed by the Browns.

“My daughter called me and said, ‘Hey, dad, you just got fired today,'” he said. “That’s the first time I head about it. I was laying in a hospital bed. They packed up my office and they put my office in storage because I was still in the hospital. So that’s how it all kind of went down. That stuff happens in the National Football League.”

Regardless of what his motives may be, it’s clear that Wylie does not think that Kitchens, the Browns’ offensive coordinator last season, was the best man for the job. Kitchens, who has never been a head coach at any level prior to this year, will get the opportunity this season to prove that he is the right man to lead the Browns moving forward.