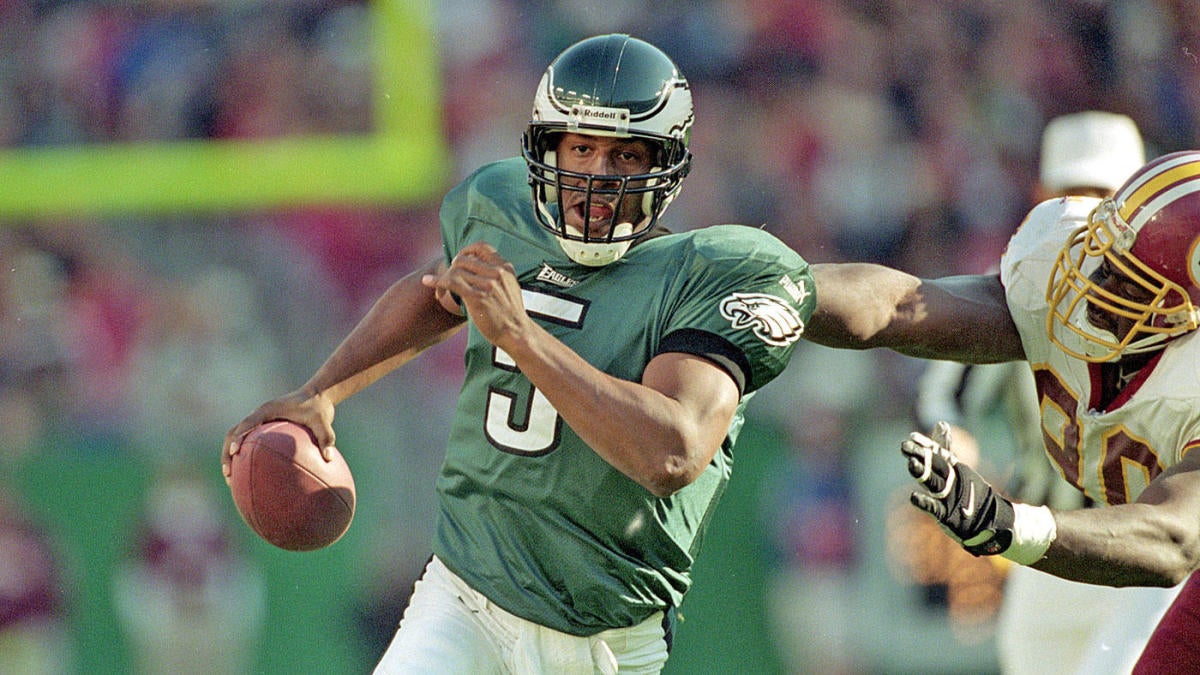 As the Pro Football Hall of Fame approved to expand the Class of 2020 this week, Kansas City Chiefs head coach Andy Reid continued to make the case for the best quarterbacks he’s coached in his 20-year career: Donovan McNabb.

While the expanded 2020 class will only have five modern-era inductees, Reid believes McNabb should ‘absolutely’ be in the Hall of Fame. Philadelphia Eagles head coach Doug Pederson, who was the Eagles’ starting quarterback the first half of the 1999 season before the franchise handed the offense over to McNabb for the next 11 years, reiterated Reid’s comments that McNabb should be enshrined in Canton.

Pederson wasn’t as definitive as Reid, but certainly believes McNabb has a shot.

“Yeah, I think you look at the body of work, I mean, I think there is definitely — you can make a case, you can make an argument for him going in,” Pederson said to media members at the conclusion of Eagles’ practice Saturday. “You know, obviously in our game, quarterbacks, especially the top-tier quarterbacks, are always thought of as are they Super Bowl winners and things like that.

“I don’t think that has to be the final straw in any decision. How they lead their team for so many years, the numbers they put up, the amount of NFC Championship Games that he’s led this team to, you could definitely make an argument for it.

“Maybe one day he’ll get an opportunity.”

McNabb failed to win a Super Bowl in his career, but the Eagles’ all-time passing leader certainly would be able to make a case to be enshrined in Canton. McNabb ended his 13-year career with a 98-62-1 record, 59 percent completion rate, 37,276 yards, 234 touchdowns and 117 interceptions to finish with an 85.6 passer rating. He also had 3,249 rushing yards and 29 rushing touchdowns.

McNabb completed 59.5 percent of his passes with the Eagles. He is the franchise’s all-time passing leader in yards (32,873) and touchdowns (216) while finishing with a 86.5 quarterback rating.

McNabb was also the first quarterback in NFL history to finish a season with over 30 touchdown passes and fewer than 10 interceptions (2004). He also rushed for 3,249 yards and 28 touchdowns with the Eagle,s bringing his career totals to 36,122 combined yards and 244 touchdowns. McNabb had a 9-7 playoff record, finishing with 3,752 yards, 24 touchdowns and 17 interceptions for a 80.0 passer rating. He also ran for 422 yards and four touchdowns.

At the time of his retirement, McNabb was 21st all-time in touchdown passes, 17th in passing yards, 21st in passer rating, and tied for 15th in fourth-quarter comebacks. He’s tied for 11th in postseason wins, which is the most for quarterbacks that have never won a Super Bowl.

“I’m his biggest fan. I was there, I know he belongs there,” Reid told reporters at Chiefs training camp, per a video by Kimberly A. Martin of Yahoo! Sports. “You talk about the great players in the National Football League? Five championship games, a Super Bowl? All those things?

“Great football player and did some things that weren’t being done at that particular time in a lot of areas. I think the world of him.”