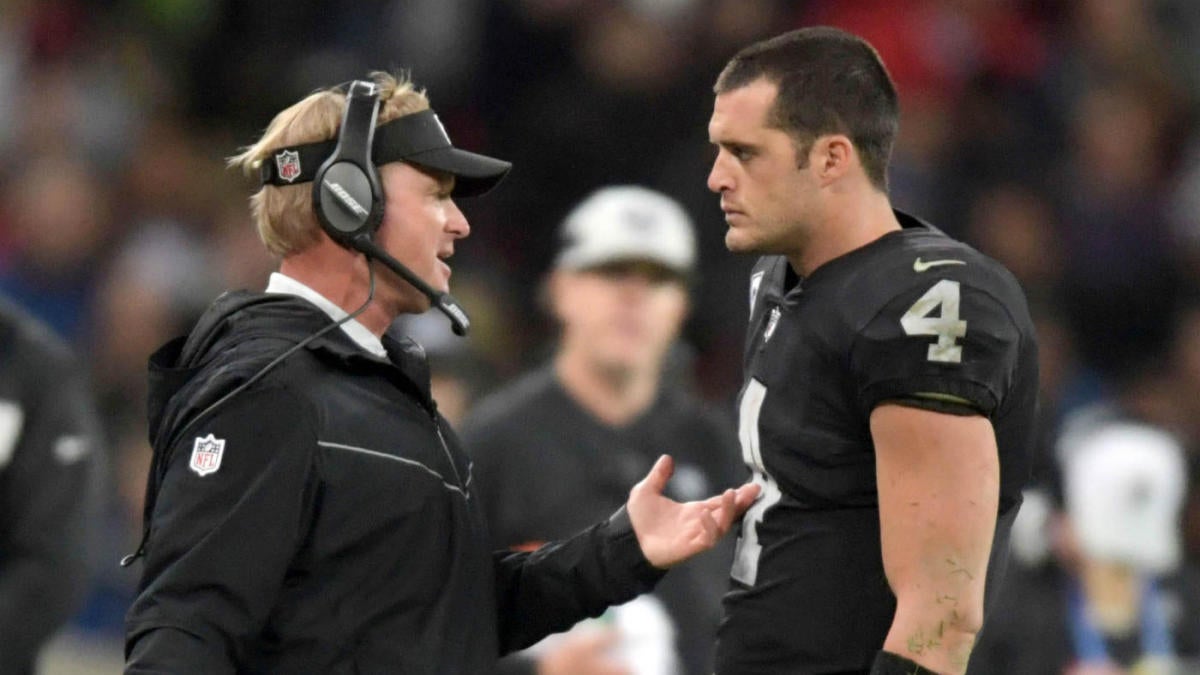 If HBO wants to do another football-related reality show after “Hard Knocks” is over, all they need to do is set up their cameras at Derek Carr’s house in Las Vegas next year.

If you’re wondering why that would be interesting, it’s because Carr has apparently purchased a house right next door to Raiders coach Jon Gruden. That’s right, Carr is doing something that 99 percent of Americans would never do: He’s willingly made the decision to become his boss’ neighbor.

“So he has a home in Vegas, yes,” David Carr said. “He purchased this home, and it’s not complete yet, they’re still finishing it, but his next-door neighbor is one Jon Gruden. Yup, it happened.”

The Raiders are currently scheduled to move to Vegas in time for the start of the 2020 NFL season.

“I think what happened is he found out where [Gruden] lived and he just moved right in,” David said. “They’re going to carpool at the three in the morning.”

That “three in the morning” thing might sound like a joke, but it definitely isn’t. Gruden is known for waking up ridiculously early and starting his day by 4 a.m.

Although these two probably won’t have to deal with normal problems that neighbors deal with — like a dog pooping in the other’s yard or Gruden stealing Carr’s Wi-Fi — there are plenty of other problems that could surface.

For one, it’s going to be especially awkward if Carr has a horrible year in 2019. Imagine how it’s going to feel if he’s moving stuff into his new house in Vegas only to learn that the Raiders plan on taking a quarterback in the 2020 NFL Draft. To add insult to injury, the 2020 draft is scheduled to be held in Vegas.

If that’s the case, then we all know how this is going to end: The two will carpool to work together, Gruden will have a key to Carr’s house, and everyone will live happily ever after.