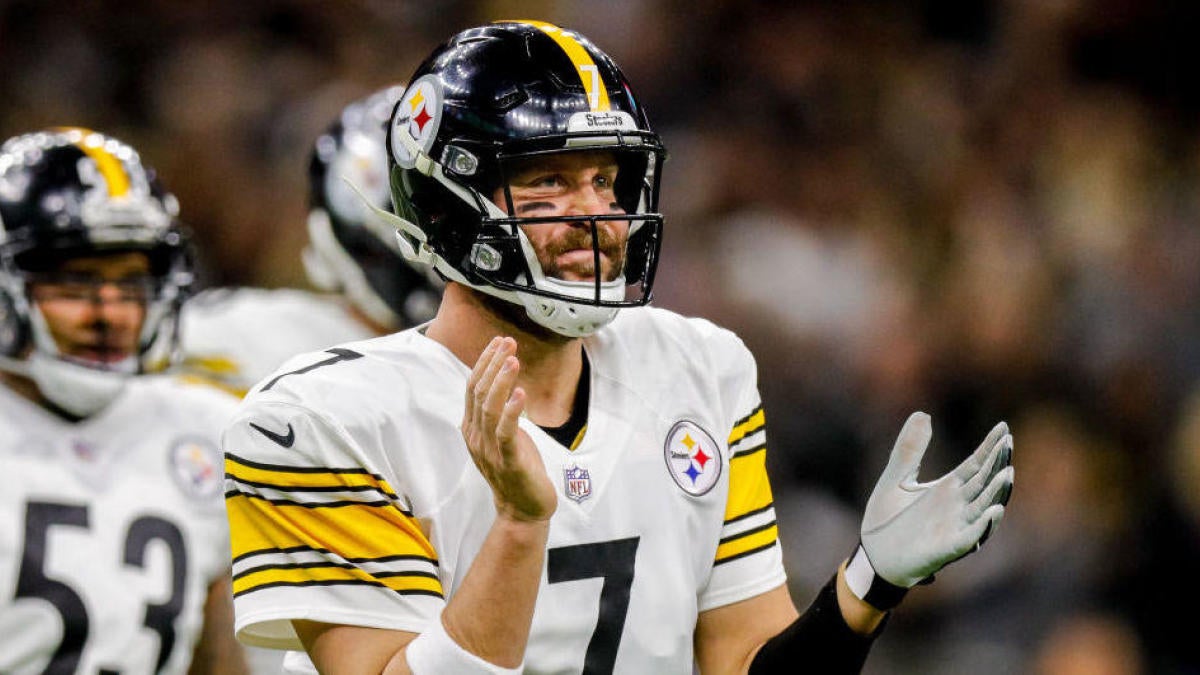 A month after backup running back Jaylen Samuels opened up to ESPN’s Jeremy Fowler about his team’s upcoming plans for a two-back set, Roethlisberger told SiriusXM NFL Radio that the Steelers’ offense will indeed use more multiple running back sets in 2019. Big Ben confirmed the change when specifically discussing Samuels, who caught three touchdown passes as a rookie last season.

“Jaylen, I think we all saw what we can do last year with him,” said Roethlisberger, who led the NFL with 5,129 passing yards in 2018. “He’s a little bit more of a receiving running back. We can actually flank him out. He’s got great hands. We can do some kind of interesting things with him in the two-back situation.”

Beyond the skill-sets of Samuels and fellow running backs James Conner and rookie Benny Snell, there are probably a few other reasons why the Steelers will employ more two-back sets in 2019. The offensive personnel, particularly at the receiver position, is vastly different now than it was this time a year ago. Antonio Brown, who caught more than 100 passes each of the previous six seasons, is gone, meaning that Big Ben and the Steelers are going to need more contributions from their running backs to help make up for Brown’s lost production.

Conner (55 catches last season) and Samuels (26 catches on 29 targets) have shown that they can be counted on to contribute in the passing game. Snell, despite not being used much in the passing game during his time at the University of Kentucky, has already shown flashes of his receiving potential.

“Benny, I didn’t know what to expect coming in,” Roethlisberger said of Snell, who caught just 29 passes in four seasons in Lexington. “You see this big, bruising running back and a guy that’s going to be physical. So I always try to throw bad balls to guys to just see what they can do. And I threw him a lot of bad balls and he seems to catch every single one of them. So pleasantly surprised with him in the passing game.”

Past injuries at the running back position are likely another reason why the Steelers are adjusting their offense. After watching Conner and former starter Le’Veon Bell both miss considerable time due to injuries over the past five seasons, Pittsburgh may finally be taking a more proactive approach with regard to ensuring that their starting running can remain healthy throughout the course of a season. Pittsburgh went 1-2 in games last season without Conner, who sustained a lower body injury during the team’s Week 13 loss to the Los Angeles Chargers. The Steelers did get a 142-yard rushing performance from Samuels in their Week 15 victory over the Patriots.

While Pittsburgh will still rely heavily on Big Ben’s right arm, the Steelers are determined when it comes to having a more formidable rushing attack in 2019 after finishing 31st in the league in rushing last season. A lack of a consistent running game was evident during Pittsburgh’s three-game losing skid last season that ultimately cost the Steelers a playoff spot. The Steelers, to a man, are determined to not let that happen again this season.

“You’ve got to prove it every day,” Conner recently said from Steelers training camp, per the Pittsburgh Tribune-Review. “We are getting judged every day on how we worked. I proved it. But nothing I did last year can help [this year]. I’m just going to try to earn it every day.”

“Capable, emerging players like [Samuels and Snell] provide depth and insulate through circumstance,” Tomlin added. “We lost a little something when James was injured a year ago, although Jaylen did emerge in some instances. I like the added depth and competition.”