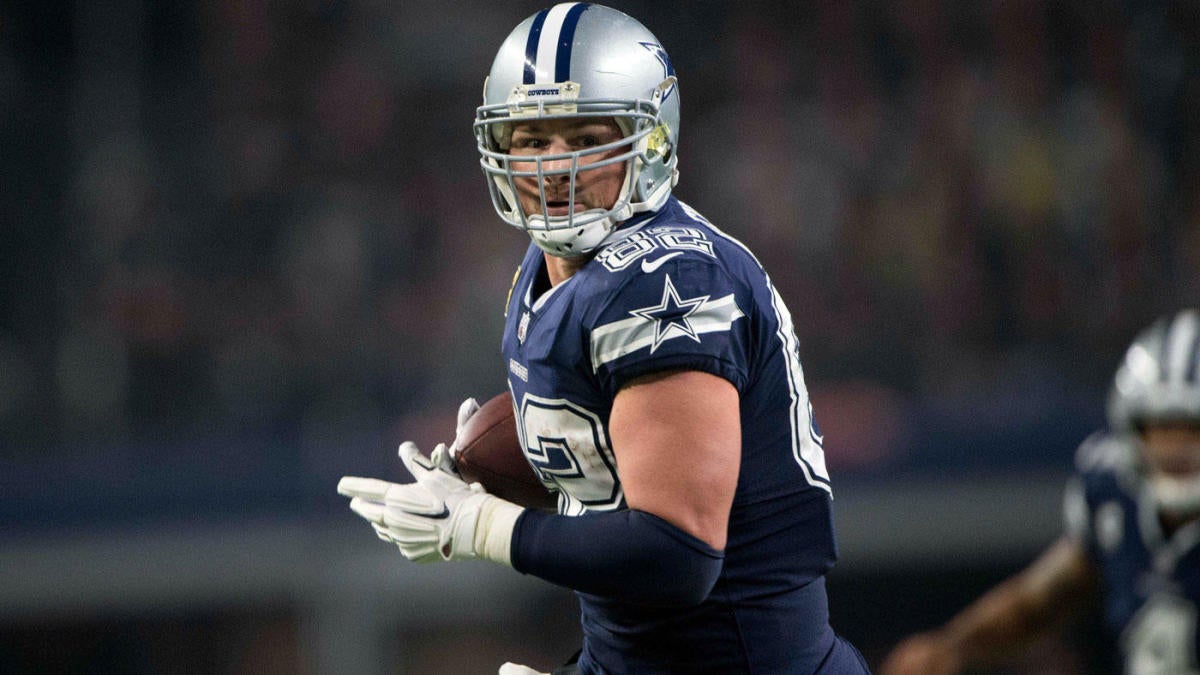 Jason Witten is back.

Witten, the future Hall of Fame tight end who has returned for his second go-around with the Cowboys, made an impressive one-handed catch during a recent training camp practice.

The 37-year-old Witten was a third-round pick in the 2003 NFL Draft. After enjoying moderate success as a rookie, Witten broke out in 2004, becoming a full-time starter while earning his first of 11 consecutive Pro Bowl selections. In 2007 — Tony Romo’s first full season as the Cowboys’ starting quarterback — Witten earned All-Pro honors for the first time after catching 96 passes for 1,145 yards and seven scores.

Witten was reminded of the ’07 season following a recent Cowboys practice. Specifically, Witten was asked about the trip to Cabo he and several other teammates — including Romo — enjoyed during Dallas’ bye week leading up to their matchup against the New York Giants in the divisional round of the NFC playoffs. The Cowboys were upset by the eventual Super Bowl champions, 17-14.

Ezekiel Elliott, the Cowboys’ All-Pro running back who is currently holding out in hopes of receiving a new contract, is currently spending time in Cabo.

“Yeah, my situation certainly, absolutely many years ago,” Witten said with a laugh, per the Fort Worth Star-Telegraph. “Personally these guys don’t even remember that. They’re too young to know that story. Perception is reality, I guess. My lesson learned from that point. Honestly, that was a different situation. It was during the playoff [bye] week.”

Witten is confident that Elliott will be ready to go whenever he decides to return to the Cowboys, with or without his new deal.

“I know he’s going to be training, he’s going to be ready to play,” Witten said. “I don’t know if we have a guy on this football team that loves football and enjoys being one of the guys in the locker room and in these meetings [more than Zeke]. And during training camp he’s a little bit of a jokester.

“He’s going to work hard and he’s going to be prepared and I know he’s preparing himself to carry the workload like he has his entire career. I don’t see that being an issue of where he’s doing his training at.”

While Elliott is hoping to land a new deal, Witten is hoping to win that Super Bowl ring that eluded him during his first 15 NFL seasons. Cowboys fans are hoping that Witten’s presence can help Dallas — a team that advanced to the divisional round of the NFC playoffs last season — return to their first Super Bowl since January of 1996.