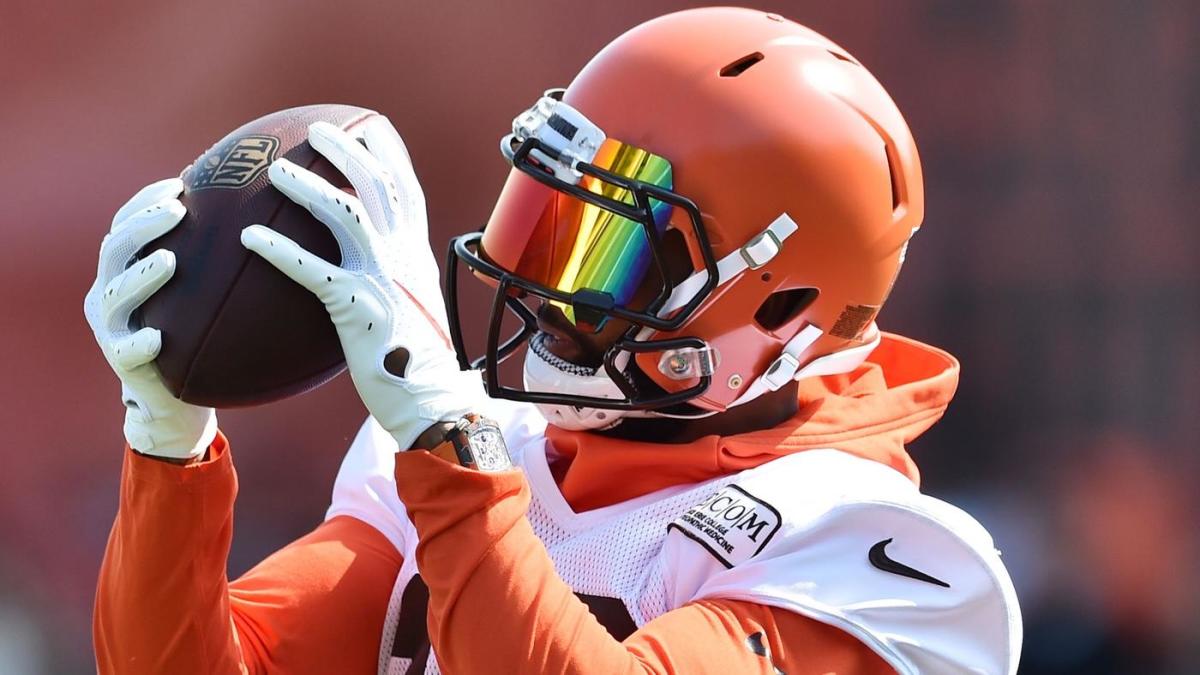 Odell Beckham Jr. took some flack after not taking part in the majority of the Browns‘ voluntary offseason workouts. Cleveland’s new receiver seems to be making up for it now.

Beckham hauled in this sweet one-handed catch at Browns practice on Friday:

That wasn’t enough for the three-time Pro Bowl receiver. Following practice, he caught 100 straight passes from a JUGS machine. The last 30 catches were of the one-handed variety.

Patience was what Beckham continued to preach during his post-practice presser from Cleveland’s practice facility Friday in Berea, Ohio. While fans in Cleveland are already preparing for a playoff run, Beckham knows that, for himself as well as his teammates, all of the lofty expectations surrounding Cleveland won’t be realized unless he and his teammates put in the necessary work during camp.

“I mean, everything takes time,” said Beckham, who spent his first seasons with the New York Giants before he was traded to Cleveland this offseason. “Everything that’s great comes with patience [and] takes time. So, we’re still developing. The best part about it is [that] it’s training camp. It’s not the real season right now, so we’re just trying to all get on the same page, get everything down. But it’s been a lot of fun … Just trying to get better every day.”

Beckham spent a considerable amount of time talking about the budding rapport between himself and Browns second year quarterback, Baker Mayfield. Beckham was specifically asked if all of the media focus on a receiver and quarterback being on the same page was overrated.

“I don’t know about overrated,” he said. “Obviously, being on the same page is better than not being on the same page. It’s just about figuring that stuff out. But that’s the easy stuff to talk about. That’s just football. That’s above the Xs and Os that comes with you just talking. Communication is the key to life. It’s essential.”

Transparency, according to Beckham, has been one of the biggest strengths with regard to his relationship with Mayfield, who last year set the NFL record for touchdown passes by a rookie quarterback.

“If we didn’t like something or if I did something wrong, I go ask him,” Beckham said.”If he wants me to run a different way, we just say that and we just keep going. There’s no egos or nothing here. We’re both competitive people that want to win. When you got a guy like that, you never wanna let him down. So just finding ways to get better, really.”

Beckham went on to describe a play that happened during Friday morning’s practice. Despite Beckham being double-teamed, Mayfield, for the first time during camp, ignored the double-team on Beckham while trying to force a pass to his decorated wideout in the back of the end zone. And while the duo failed to connect on the play Friday morning, it’s Beckham’s belief that, with continued practice during camp, those types of plays will work when the regular season begins.

“Once we get on the same page,” Beckham said, “I just feel like it’s going to be scary.”