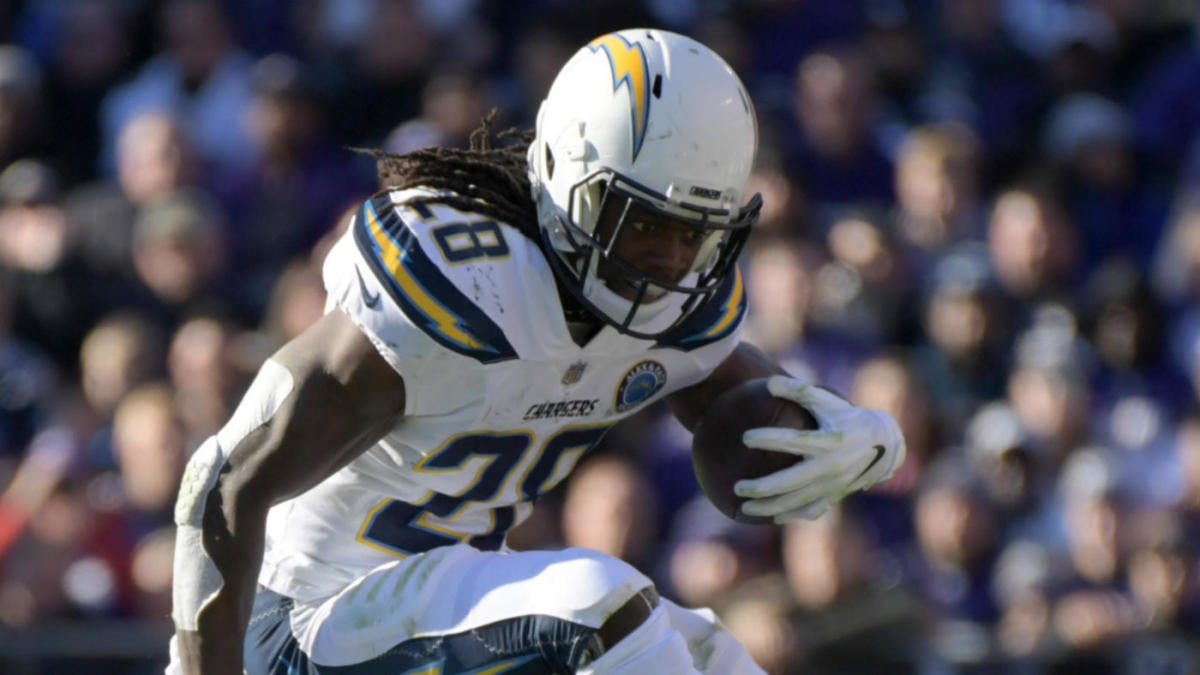 The two most prominent NFL holdouts right now feature a pair of former first-round running backs, with Melvin Gordon and Ezekiel Elliott holding out from the Chargers and Cowboys. Gordon and Elliott want money at the worst possible time, with the NFL issuing a widespread devaluation of the position, a trend only exacerbated by Todd Gurley signing a market-resetting deal last offseason and quickly developing a mysterious knee injury that may or may not affect his health and performance long term.

Gurley’s deal took what was the bar to beat in terms of a contract and turned it into an albatross, this bizarre outlier floating above all other running back contracts. As a true unrestricted free agent who sat out a full season to hit the market, even Le’Veon Bell (himself not aided by the cheap performance of James Conner) couldn’t beat Gurley’s deal.

Apparently Gordon’s been offered something in the range of $10 million a year from the Chargers — essentially they’ve been willing to buy out his 2019 fifth-year option salary and a pair of tag years at a reduced cost; it gives him money now and reduces long-term risk while letting them end any drama for the next few years — but it’s not enough and he is demanding a trade. Good luck with that!

So how will this saga end? Let’s dive in on some of the issues.

Will anyone trade for Gordon?

Nope. Not for what the Chargers are going to want in return. They control his rights for basically three years. He’s not cheap, but he’s highly productive and a former first-round pick. Someone will need to give up a pretty good pick — one that could be used on a cheap rookie running back! — and then also cough up a huge deal.

As Brady Quinn pointed out on the Pick Six Podcast Friday, it’s just not happening.

“I don’t find that happening any time soon. If his own team isn’t going to pay him, I don’t think there are other teams out there who will pay him what he’s looking for,” Quinn said. “I don’t see many teams knocking down the door to offer long-term extensions to running backs anymore.”

What can the Chargers fine him?

As I was perusing the NFL’s collective bargaining agreement (it’s a fun way to spend a Thursday), Gordon can actually be fined much more than people might have thought.

Here’s Section 7, Article (g) of the CBA, which contains has a specific clause for Fifth-Year Option players who hold out:

Notwithstanding anything to the contrary in Article 42 or Article 4, after the Club has exercised its Fifth-Year Option, any unexcused late reporting to or absence from preseason training camp by a player in the fifth League Year of his contract (the option year) shall subject the player to a fine of $30,000 per day, plus one week’s regular season salary for each preseason game missed.

This is kind of a big deal. Gordon has a $5,605,000, one-year contract for this season. Which means he’s slated to earn 17 different $329,705.88 checks. The NFL can fine him for four of those if he holds out in the preseason, meaning his maximum earning potential for 2019 would suddenly be shrunk by $1.318 million. The Chargers can obviously waive those fines, but if they wanted to be jerks about it, they could shrink his earning potential significantly. Even more so if Gordon holds out for an extremely long time. (More on that below.)

How long can he actually stay away from the team?

Gordon already has four accrued seasons under his belt, so he’s eligible for free agency. His No. 1 concern needs to be making sure his contract doesn’t toll. This is where things get a little tricky. I talked with Joel Corry, former sports agent and now my colleague at CBS Sports, and he believes the decision on a contract tolling — essentially rolling over into the next season on the same terms — would probably come down to how an arbitrator interprets precedent. And Corry thinks Joey Galloway is that precedent.

Galloway skipped four preseason games and eight regular-season games in the 1999 season looking for more money from the Seahawks. The Seahawks tried to toll his contract and keep him in 2000 under the same terms. An arbitrator ruled Galloway met the minimum standard for time played and the Seahawks were forced to franchise tag him.

With the new CBA ruling that six games active equates to an accrued season, it is probably safe to suggest that a player would need to return by Week 10 to prevent a contract being tolled. Or perhaps Week 9 if you’re Gordon — the Chargers have a bye in Week 9. If Gordon holds out until Week 9, he wouldn’t earn 9/17th of his salary, meaning he could potentially lose as much as 13 weeks of pay. Gordon could play basically less than half the year and end up making just $1.318 million and then get hit with the tag again next year.

No, Le’Veon Bell’s situation does not apply here. Remember, Bell played out his rookie deal and then played one more season after being franchise tagged by the Steelers. It was on his second tag that he held out for the full season, and Bell never signed his franchise tender. So he wasn’t under contract like Gordon or Elliott.

If Gordon wants to get into Bell territory, it would require a second lengthy holdout, at which point he would be 28 years old having sacrificed his two prime earning years.

Worth noting: one player holding out where accrued seasons matter a lot is Yannick Ngakoue, the Jaguars pass rusher. He only has three years of service, so he needs to meet the minimum six-game threshold in order to qualify for unrestricted free agency. Although, as Corry notes, if he didn’t hit the four years, Ngakoue would become a restricted free agent and be a highly coveted player, so the Jaguars would likely just franchise tag him.

Will the Cowboys pay Zeke?

It’s a tough question with no real answer, honestly. The Jones family is borderline impossible to read with the various different things that come out of their mouths over the course of the year. For months, Zeke is the straw that stirs the drink and suddenly Elliott is just a running back.

My sense of it is that they would love to pay Zeke, Jerry Jones particularly would, but they will only pay him now if he’s willing to take a discount off the top of the market rate. If you’re Elliott, and you’ve led the league in rushing yards per game over the last three seasons, while winning a pair of rushing titles (that would have been three if Roger Goodell hadn’t grossly misused his power), are you really taking less money than Gurley or Bell got? I would say no.

That’s the crux of this issue.

How long can Zeke hold out?

The date Aug. 6 has been bandied about as when he needs to report. But I’m not so sure that’s accurate. It is true that if Elliott doesn’t report to the Cowboys by Aug. 6 then he can’t get an accrued season, but in examining the CBA and talking with Corry, I don’t think it matters.

Elliott has three accrued seasons. He needs one more year to be eligible for unrestricted free agency. But he’s actually helped by the fifth-year option: the Cowboys have already guaranteed his fourth accrued season in 2020 several years in advance.

If Zeke skipped eight or nine games in 2019, he would likely ensure his contract did not toll and while he might not get an accrued season in 2019, he would head into 2020 needing just one more year to get that four years. The Cowboys could stop him from accruing that season by negating his fifth-year option — it’s guaranteed for performance only — but that would involve cutting him, thereby making him immediately an unrestricted free agent.

It’s a sneaky piece of leverage for Elliott, even though he would simply find himself in roughly the same spot Gordon is now next year at this time.

The reality is the new CBA not only reduced the earning power of rookies on their initial contracts, but it easily extended the amount of time a team can hold onto a young player while also making holdouts substantially more difficult.

Add in the decline of the running back, at least from a value and investment perspective, and it becomes quite the pickle for both Elliott and Gordon.