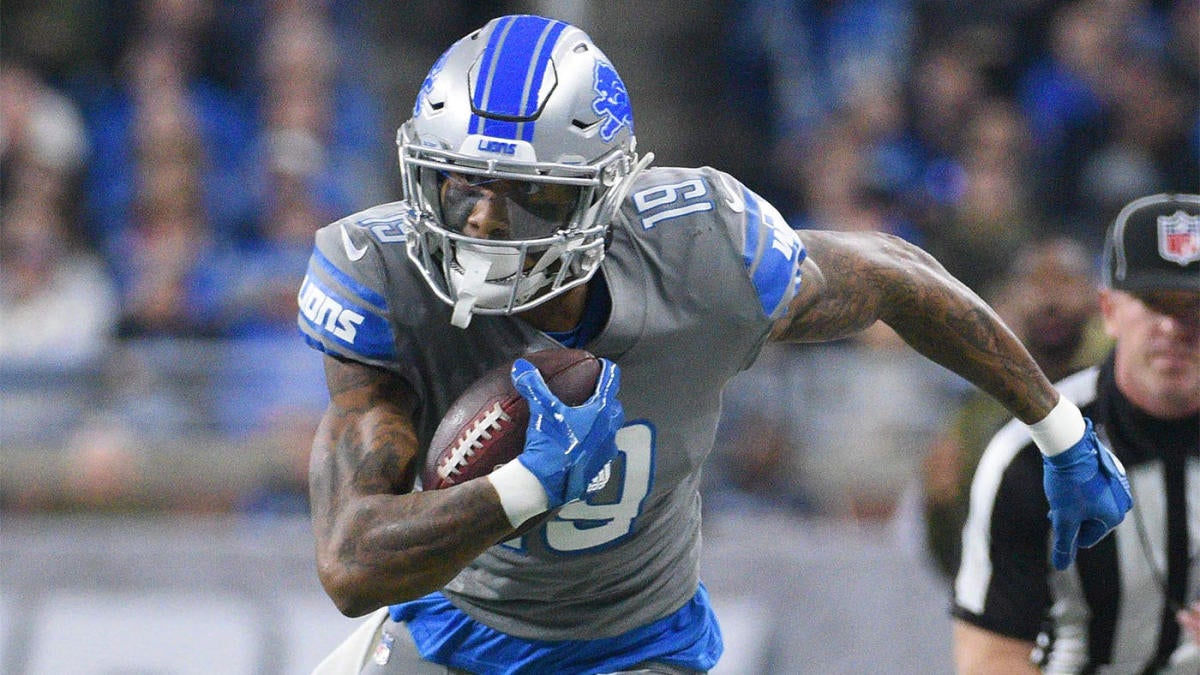 Kenny Golladay appears to be the forgotten man in Detroit these days, despite taking over the reins as a starting wide receiver since the franchise traded Golden Tate last October. Golladay had 70 catches for 1,063 yards and five touchdowns in his second season with the Lions, averaging 15.3 yards per catch.

With a full season as a starting wide receiver looming, Golladay told Dave Burkett of the Detroit Free-Press he expected to be even better this season.

“I for sure, like any receiver would say, I can be a 100-catch guy,” Golladay said. “But I’m not just going to demand the ball every play just so I can get 100 catches. I’m going to do whatever I need to do to help the team.”

The Lions traded Tate to the Philadelphia Eagles at the trade deadline last year, allowing Golladay to receive more targets opposite Marvin Jones the second half of the season. Golladay had 40 catches for 586 yards (14.7 yards per catch) and two touchdowns in eight games after the trade, all starts.

The Lions lost Jones due to a knee bruise in the second half of last season, forcing him to miss the final seven games. Jones led the NFL with 18.0 yards per catch in 2018, so having him as a healthy option will free up Golladay on the other side.

The Lions also added Danny Amendola this offseason, giving them another option inside. Lions quarterback Matthew Stafford does have a bevy of passing options that should spread the ball around in Detroit’s offense, which could hinder Golladay’s quest for 100 catches.

“I know everyone else has high expectations for me as well, but their expectations isn’t as high as mine,” Golladay said. “I feel like I just got a lot to prove. I don’t know if people think I’ve already proven a lot. I don’t think I have. I’m still trying to do what I got to do.”

The Lions haven’t had a receiver finish with 100 caches since Calvin Johnson in 2012 (122). Perhaps Golladay can end the drought.