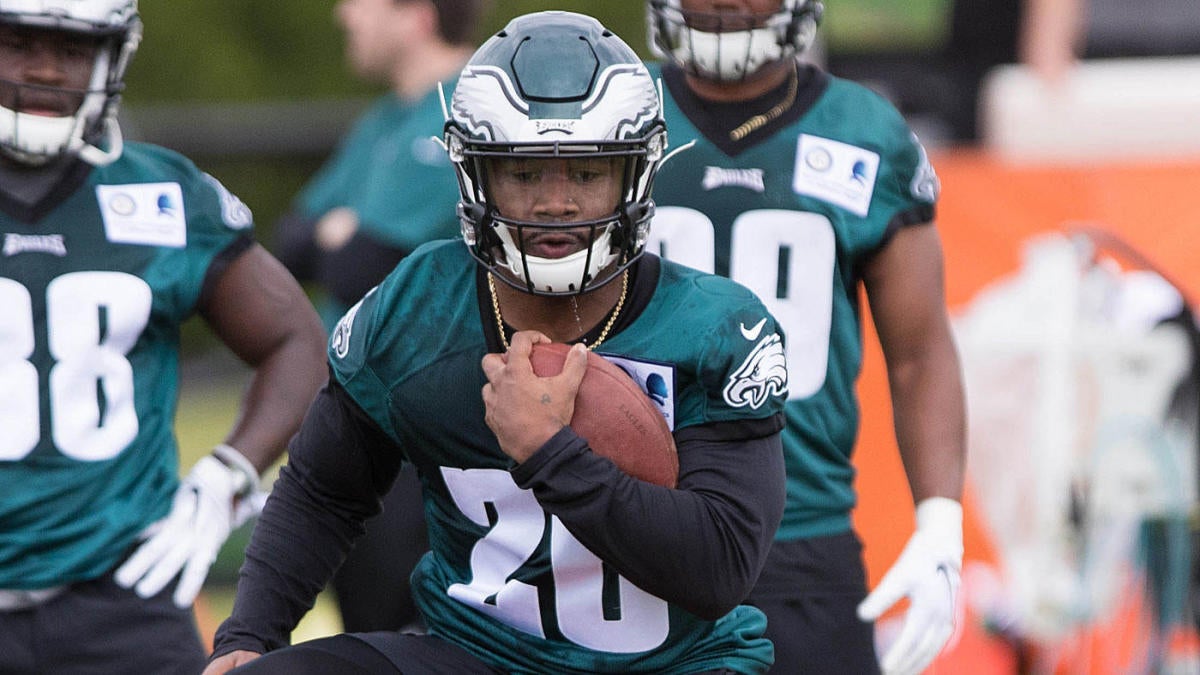 Miles Sanders faced an uphill battle when the Philadelphia Eagles began training camp a week ago, battling a hamstring injury that kept him out of the majority of minicamp and behind the 8-ball compared to the other Eagles running backs. Sanders was learning the playbook and getting the mental reps, but not the physical reps on the practice field.

The Eagles’ faith in Sanders paid off by keeping his role in the offense and giving him the necessary time off to get to 100 percent. Sanders has impressed head coach Doug Pederson with how he has transitioned the first week of camp.

“I think the biggest thing for me was how well he came back in shape coming off those injuries in the off-season, missing so much off-season time,” Pederson said. “His conditioning, keeping his weight where we asked him to be, and then just attacking every single day. We have monitored his reps, so we’re not overdoing it with him.

“And he’s showing up every day.”

Sanders averaged 5.9 yards per carry in his one season as the starting running back for Penn State, rushing for 1,223 yards and nine touchdowns. The Eagles drafted him in the second round, their highest-selected running back since LeSean McCoy in 2009. McCoy ended up becoming the franchise’s all-time leading rusher.

Expectations aren’t that high for Sanders yet, but the Eagles are counting on him to play a large role in their offense. The Eagles have Jordan Howard as the No. 1 running back in the running back-by-committee, with Sanders expected to be the change-of-pace back. Corey Clement, Wendell Smallwood and Josh Adams will also be competing for playing time.

Sanders’s biggest challenge through the first seven practices has been staying healthy. Toward the end of Eagles’ practice Thursday, Sanders suffered a foot injury and limped off of practice on his own. The Eagles running back spent some time with the JUGS machine after practice, a good sign he’s okay but the Eagles will still monitor his progress.

“Miles is good,” Pederson said. “We’re going to get a few more evaluations after practice but seems like everything is OK.”