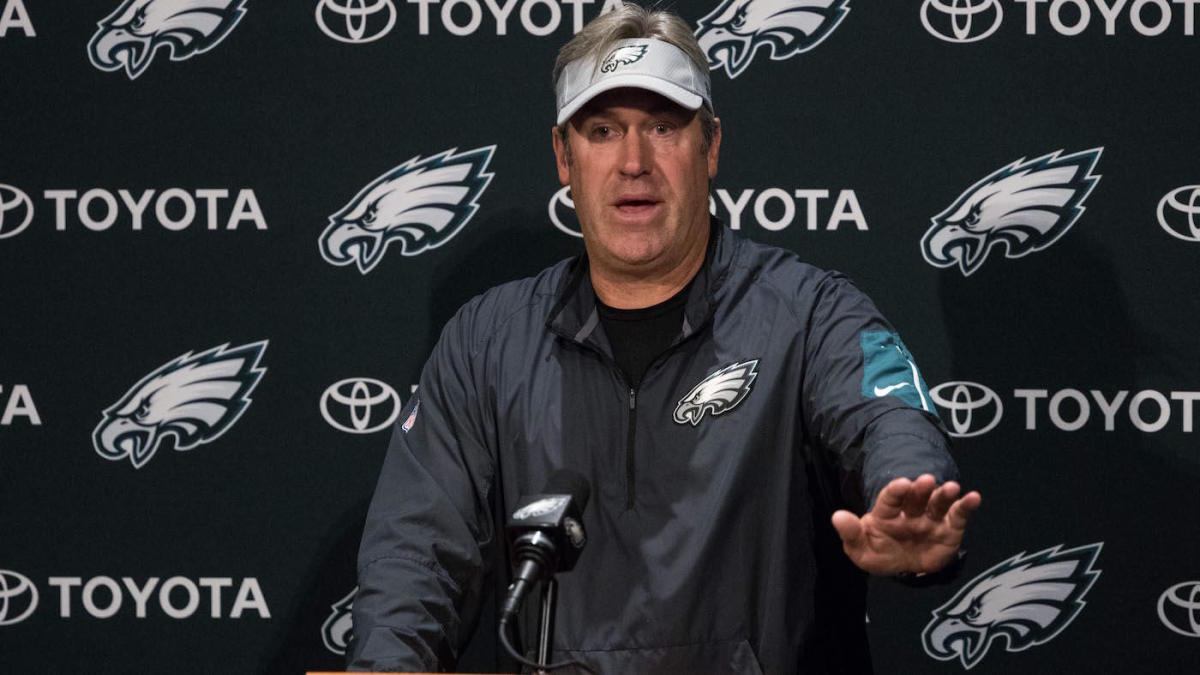 The Philadelphia Eagles will have their one open training camp practice available for the fans this weekend, a situation that still lingers amongst the passionate fanbase since the decision was announced the team would cut the open practices in half earlier this summer. As Eagles fans still criticize having just one open camp practice, head coach Doug Pederson does feel their sympathy and the circumstances that went into the decision.

“It’s just unfortunate we just had the decision this year to go to one,” Pederson said. “There are a lot of factors that go into it as far as even the field, being on the field for a couple — we have a pre-season game in between. I know we had the concert over there, things like that.

“So just a lot of factors we take into consideration when we make these decisions. Obviously, it’s a great situation for our fans when we go over there a couple times, and we love practicing in front of our fans. We love having all the people here.”

The one open practice is down from the scheduled two open practices from previous years and the maximum of four since the franchise moved training camp to the NovaCare Complex from Lehigh University in 2013.

Going down to one open practice was controversial amongst Philadelphia fans, but logistics factored into the decision. Lincoln Financial Field hosted a Rolling Stones concert on Sunday, July 28 and will have the Eagles’ preseason opener on August 8 against the Tennessee Titans. The stadium doesn’t have another event until the Eagles’ third preseason game on August 22, but the Eagles end training camp on August 13, two days prior to their second preseason game against the Jacksonville Jaguars. Philadelphia will then host the Baltimore Ravens in a joint practice session.

The Eagles do have open practices at the NovaCare Complex, but those are only open to a limited number of season-ticket holders and corporate sponsors. When the Eagles held training camp at Lehigh University, the majority of the two-a-day practices were open to the public, quite the change this decade.

The Eagles use all three of their practice fields during training camp at the NovaCare Complex to compensate their 90-man roster, which they are unable to accomplish at Lincoln Financial Field. Pederson clarified having just one field to work with isn’t a hindrance.

“It’s actually a benefit from the standpoint of a GPS tracking standpoint and a physical standpoint, Pederson said. “They don’t have to run as far. We’re using one field. It really sort of intensifies the practice based on limited amount of running from field to field.”

The Eagles have the second-fewest open camp practices in the NFL; the Oakland Raiders have zero open practices to the public.