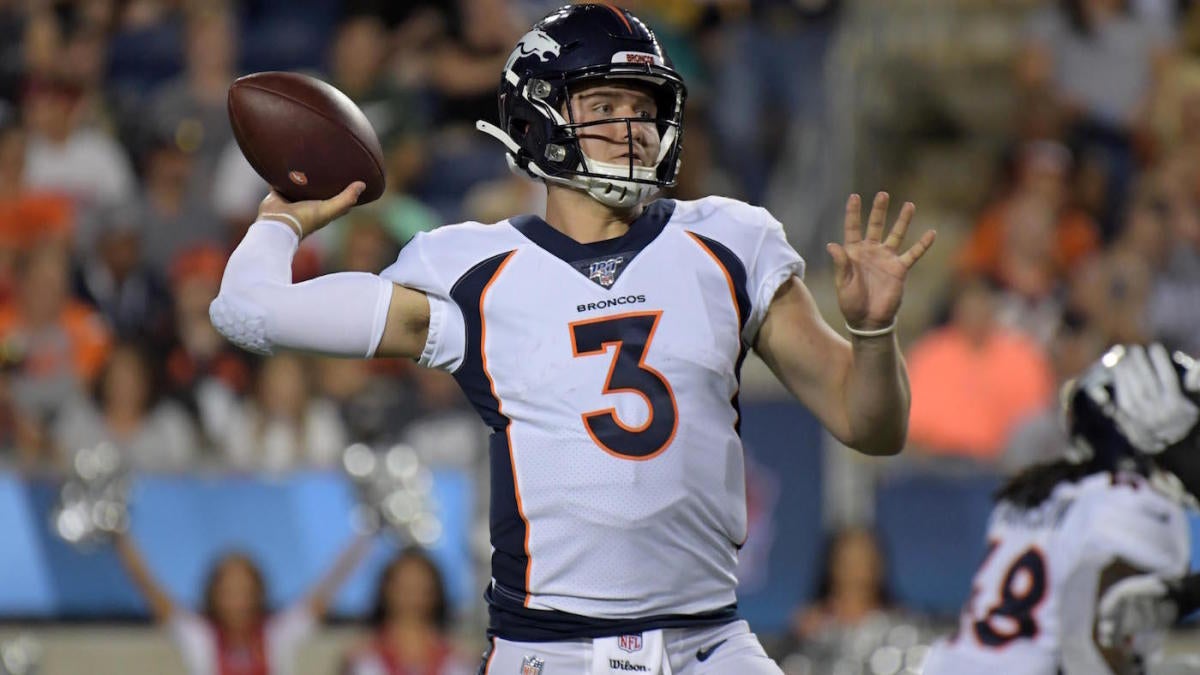 Football made its triumphant return on Thursday night with the Hall of Fame game, marking both the beginning of the preseason and the NFL debut for a few notable rookies — most notably, Broncos quarterback Drew Lock. But the second-round pick, who is expected to spend at least a significant portion of the season on the bench behind veteran starter Joe Flacco, did not experience a triumphant debut.

Playing almost all of the second quarter, all of the third quarter, and the beginning of the fourth quarter against the Falcons, Lock completed 7 of his 11 passes for 34 yards (3.1 yards per attempt), no touchdowns or interceptions, and a 68.0 passer rating. It was a rough outing for the strong-armed rookie out of Missouri.

So, it should come as no surprise to hear that after the game, Broncos coach Vic Fangio offered a brutally honest assessment of Lock’s performance in his debut — a debut you can watch in this convenient two-minute video.

“I was hoping for more, but [I’m] not surprised,” Fangio said, via the team’s official website. “He’s still got a lot of work to do. I thought his accuracy wasn’t clean all the time along with his reads, but that’s to be expected. We’ve got four more games and we’ve got to get him ready — more ready than he is right now.”

It should come as no surprise because Fangio, only a couple weeks ago, called Lock “a hard-throwing pitcher who doesn’t know how to pitch yet.” Fangio, an NFL defensive assistant for the past three decades, has not minced words about Lock so far this summer.

It wasn’t just Fangio who was disappointed in Lock’s performance. Lock admitted there’s a lot he still needs to learn.

“I’ll rate it as a learning game,” Lock said. “There’s definitely things I’ll learn there, but I’m excited that I’m sitting here and that was the first time ever stepping out on the field.

Lock wasn’t far away from walking away with a more impressive debut. On his first throw, he overshot rookie tight end Noah Fant down the right sideline. Not long after, he missed running back Khalfani Muhammad down the right sideline for what should’ve been a big gain. Both throws were there for the taking, but his arm betrayed him.

“I feel like if I hit a couple of those passes, then I’d feel a little better about the game, but there’s definitely things I’ll need to work on after watching the film,” Lock said.

His worst throw of the game? An out to the sideline that he put in the absolute wrong place. He was lucky to avoid a pick-six.

But as Lock and Fangio both alluded to, there’s no reason for anyone to panic. This was Lock’s first taste of the NFL. There was always going to be an adjustment period — especially for a quarterback who was considered to be a bit raw coming out of college. With Flacco firmly entrenched atop the depth chart, Lock will be given time to learn the nuances of the game and adapt to the NFL.

That said, it would be nice for the Broncos if Lock is able to beat out Kevin Hogan for the backup job. Hogan, who is positioned ahead of Lock on the depth chart, got the start on Thursday night and submitted the kind of performance that won’t win or lose him the backup job (5 of 8 for 37 yards). If Lock proves he’s ready to be Flacco’s backup, the Broncos won’t have to waste a roster spot on a third quarterback. If Lock looks like he wouldn’t be ready to step in for Flacco in the event Flacco were to go down with an injury, the Broncos will be forced to keep Hogan and Lock behind Flacco on the regular-season roster.

What Lock and the Broncos have going for them is an extra preseason game. In addition to the Hall of Fame Game, the Broncos will play in four more preseason contests before the regular season, giving Lock a chance to take extra reps. Next up for the Broncos is a trip to Seattle for a date with the Seahawks on Thursday.

“You get your first taste of it, and you just keep wanting more and you want more, and that’s how I am right now,” Lock said. “The days are going to go by slow until our next game.”