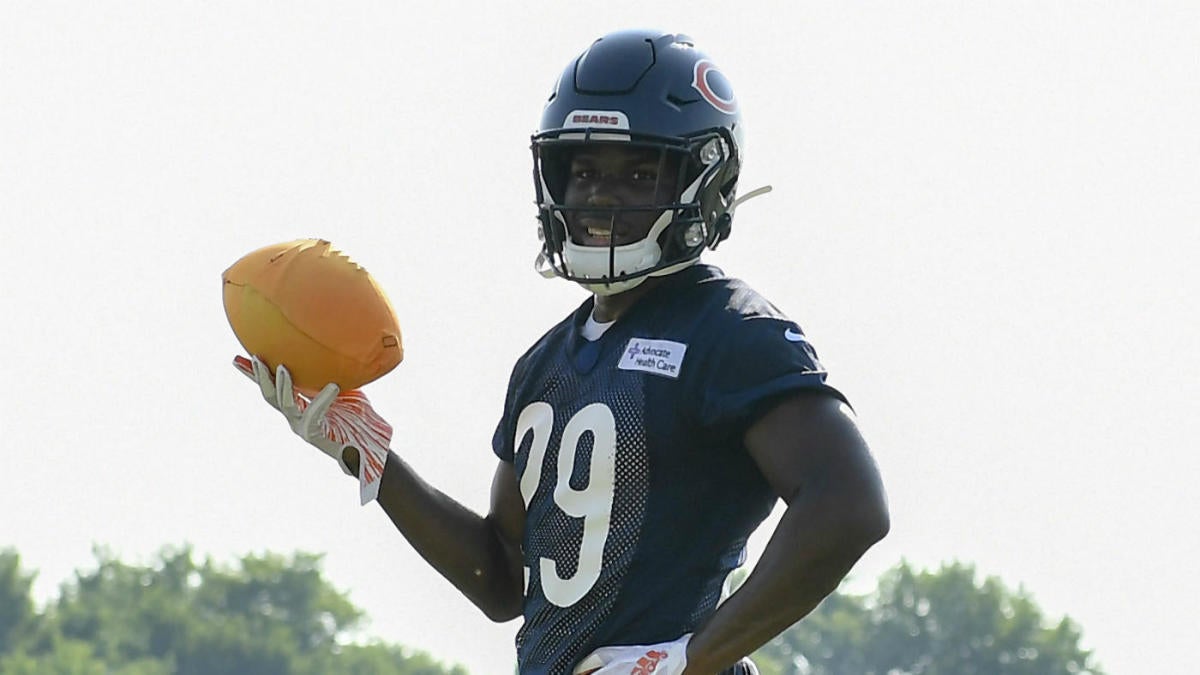 By the time you’re reading this, football will have made its return. On Thursday night, the Broncos and Falcons kicked off the 2019 NFL preseason, marking the beginning of the final chapter of the offseason. It won’t be long until the regular season begins, but in the meantime, plenty of key positional battles that’ll unfold throughout August remain.

With that in mind, as we continue our offseason series here at CBS Sports, it’s time to turn our attention to Chicago, where a messy (in a good way) battle in the Bears‘ backfield is unfolding. There’s a ton of intriguing pieces at the position, which gives the Bears plenty of options as they look to repeat as NFC North champions and journey another step farther into January. Let’s take a look at how the Bears’ running back situation might shape out during the final month of the offseason.

Running backs might not matter nearly as much as they did during the era of the Bears’ last championship team, but that doesn’t make the running back position unimportant in the modern NFL. Individual running backs no longer matter as much, but the way in which teams use the position as a whole might’ve actually increased in importance in recent years, as teams with versatile backfields that can contribute as runners, pass catchers, and pass blockers have found the most success — just look at the Patriots with James White, Sony Michel, Rex Burkhead, and so on.

So it’s good news then that the Bears, while lacking a true feature back, now have a versatile backfield. It wasn’t easy to assemble, but the Bears dedicated their offseason to reshaping their running back group. And they came away with an intriguing blend of talent.

First, they traded away Jordan Howard. The Bears didn’t give Howard to the Eagles for a late-round pick because Howard is a bad running back. They traded Howard because they wanted to become more versatile at the position and while Howard is a good runner, he’s not effective as a pass catcher. Bears coach Matt Nagy — also the team’s play caller — wants to use his running backs in a whole host of ways, but Howard’s limited skillset made that difficult. So, they got rid of him.

The Bears proceeded to:

Again, reshaping their backfield to Nagy’s liking was a priority this offseason, which made sense. A backfield filled with versatile playmakers who can both run and catch will allow Nagy to get even more creative and even less predictable. Meanwhile, third-year quarterback Mitchell Trubisky is still developing as a passer. Having running backs who can turn short passes and screens into chunk plays will make that process of development a little bit easier.

Now, let’s take a look at the players who should and could factor into the Bears’ plans during the upcoming season.

Tarik Cohen
Cohen might not be a feature back in the traditional sense, but he is an established explosive back whose role on the team is well-defined. He’s their best and most important player at the position, because he’s their most dynamic playmaker by a wide margin.

Coincidentally, this video of him arriving at training camp also happens to be a great way to capture how he plays on the field:

Since joining the team as a fourth-round pick in 2017, the 5-foot-6 dynamo has totaled 1,892 yards and 11 touchdowns from scrimmage (in addition to functioning as the Bears’ best punt returner). But those numbers aren’t as gaudy as they should be, largely because he spent his rookie season under John Fox. Fox’s version of the Bears didn’t seem to fully grasp how to use Cohen.

Nagy understands how to use him. In 2018, Cohen generated 1,169 yards and eight touchdowns from scrimmage — with 725 of those yards coming as a pass catcher and 444 of those yards coming as a runner. He’s the perfect back for Nagy’s system because he can do a bit of everything: line up against slower linebackers at the line of scrimmage, field direct snaps, turn screens and swing passes into big plays, and so on.

Expect Cohen to lead the group in touches and yards. It’s after Cohen where the mix of players and their roles get less defined.

David Montgomery
Montgomery is best positioned to eventually become Cohen’s partner in crime. A third-round pick out of Iowa State, Montgomery was wanted by the Bears because of his — and here comes that word again — versatility. Over his final two college seasons, he caught 58 passes for 453 yards. In all, he racked up 2,815 yards and 24 touchdowns over his final two years at Iowa State.

Before the draft, NFL.com’s Lance Zierlein compared Montgomery to Kareem Hunt. Nagy, of course, got the Bears job after his successful stint as the Chiefs‘ offensive coordinator, where Hunt emerged as one of the best backs in the league before his off-the-field issues sidetracked his career. It’s not difficult to envision Montgomery eventually becoming the Bears’ version of Hunt on the football field.

So far, he’s been impressive at training camp.

“He has some of the best vision that I’ve seen in a long time. He feels where the defenders are before they show up.” #Bears

David Montgomery’s ability to just disappear is something, to say the least. Will lean one direction and then just…. not be there anymore. Not afraid of contact either in the slightest.

These two running plays by David Montgomery illustrate how tough he is to tackle. pic.twitter.com/Z6LwyUlvDJ

But Montgomery is still a rookie. So, while he could eventually emerge as the Bears’ best three-down back, it wouldn’t be surprising if he’s eased into the offense before taking on a larger role as the season progresses.

Mike Davis
That’s where Davis comes into play. A free agent addition, Davis is coming off a career-best season in Seattle. With the Seahawks last year, he totaled 728 yards and five touchdowns from scrimmage, averaging 5.0 yards per touch in a limited role (15 total appearances, but only two starts). Davis offers a measure of experience (he’s entering his fifth season) to offset Montgomery’s inexperience. Regardless of how ready Montgomery is come Week 1, expect Davis to factor into the offense all season long.

In an ideal world, the Bears will rely on a three-headed monster composed of Cohen, Montgomery, and Davis, which will allow them to keep all three of their primary backs fresh deep into the season. But it’s Cohen and Montgomery who have more long-term potential with the team.

Kerrith Whyte
If anyone can ruin the Bears’ ideal plan (in a good way) at running back, it’s probably Whyte. During his final college season at Florida Atlantic, Whyte impressed with 1,026 yards and 10 touchdowns from scrimmage, averaging an awesome 7.1 yards per touch.

Still, it’s more likely that Whyte — if he makes the final roster — will be used in a more limited role on offense barring an unfortunate injury to any of the three backs positioned above him on the depth chart. Like most players fighting for a roster spot, he’ll need to be able to contribute on special teams as a returner, where he can make use of his afterburners.

“We’re excited to get (Whyte) where we got him,” said Bears general manager Ryan Pace, per The Athletic. “I just think his speed just jumps out when you’re watching the tape. And then you throw in the special teams value that he brings, too. I know I feel like with him, that’s one where the scouts, the offensive coaches and the special teams coaches are all excited about, because he brings that kind of versatility.”

And here’s Nagy weighing in.

“What we saw on tape last year and what he’s doing right now in a limited role for us, the speed jumps out,” Nagy said. “So now, once we get a good feel of what his strengths are and fit those in to what we do. And he needs to, at the same time, produce on special teams as well.”

Ryan Nall
The other player fighting for a spot is Nall, who spent last season on the practice squad. Nall pieced together an impressive three-year career at Oregon State, where he accumulated 2,779 yards and 28 touchdowns from scrimmage.

Nall will need to prove his ability to contribute on special teams and perhaps even as a fullback if he’s hoping to make the jump from the practice squad to the final roster. The Bear don’t have a fullback on their roster and Nall has the size to contribute there (6-foot-2 and 232 pounds) if needed. That versatility could help him survive final roster cuts.

WR Cordarrelle Patterson
A free agent signing that flew under the radar, don’t overlook how Patterson will help the Bears on both special teams and offense. Patterson could even handle some handoffs. With the Patriots last season, Patterson carried the ball a career-high 42 times for 228 yards, averaging a healthy 5.4 yards per carry. Expect Patterson to shift all over the field when he’s used on offense, including alongside and behind Trubisky.

WR Taquan Mizzell
Mizzell is another potential gadget player. A year ago, it certainly seemed like Nagy desperately wanted to get Mizzell involved in the offense — sometimes to a fault.

I’m convinced Matt Nagy was dared by someone to give Mizzell as many unnecessary touches as possible.

I don’t understand why the Bears insist on making Mizzell a thing.

If Mizzell does make the team, you can expect him to line up all over the place — if the Bears decide to put him on the field offensively.