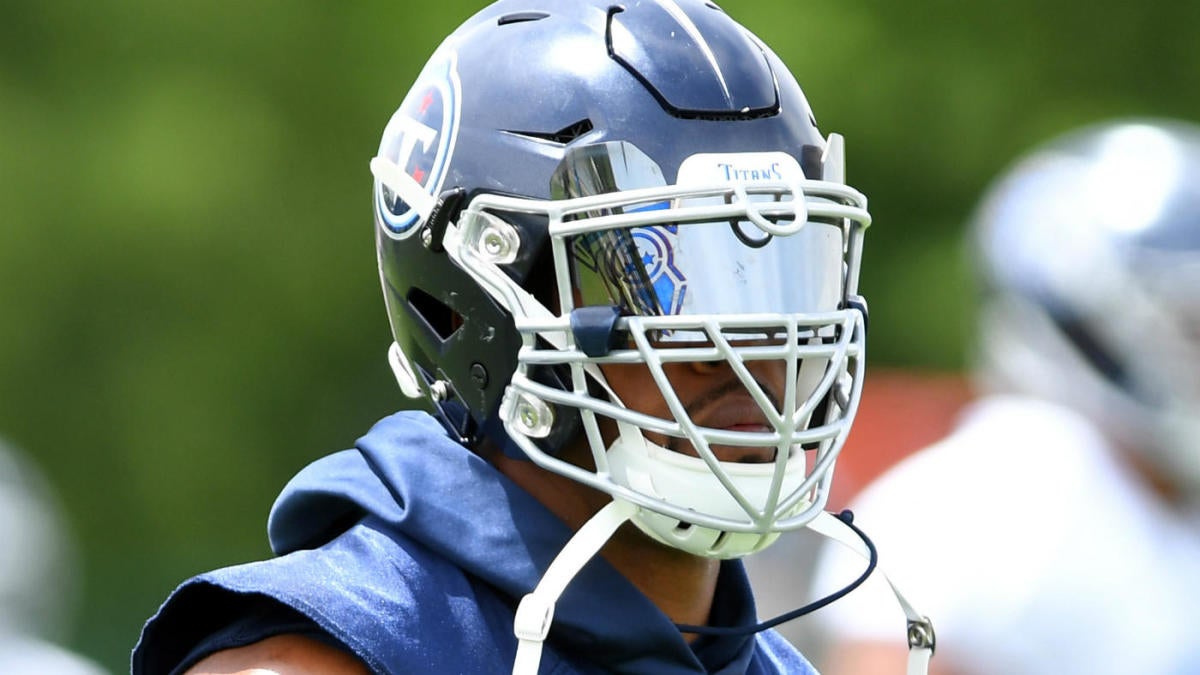 Did the Titans improve their pass-rushing unit this offseason?

While Mike Vrabel’s club should have no problems pushing the pocket from the inside thanks to Jurrell Casey and first-round pick Jeffery Simmons, a top-5 overall prospect on my Big Board in the 2019 Draft, the group of edge rushers is extremely top-heavy without much depth. In a division with Andrew Luck and Deshaun Watson, that could spell trouble.

The Titans finished with the fourth-lowest defensive pressure rate in 2018. As a defense, they pressured opposing quarterbacks on just 30 percent of drop backs they faced. The league average was 33.7 percent.

While he got a decent amount of pressure on opposing quarterbacks, Landry registered just 4.5 sacks on 56.5 percent of the snaps as a rookie.

The Titans’ second-round selection a year ago was a favorite of many analysts before the 2018 Draft. I was lower on him because of his status as a one-trick pony. Landry was my No. 50 overall prospect and No. 4 edge rusher in his class. Here’s the scouting summary I wrote on him in my final Big Board before that draft:

I’m in the minority of those who are a bit skeptical of Landry’s potential in the NFL despite being a big advocate of the predictive powers of measured athleticism. At the combine, Landry essentially worked out as well as Vic Beasley did in 2015. But the latter was stronger at the point of attack and had more pass-rushing moves. Landry has the best burst / dip combination of any pass-rusher in this class. I just don’t know if he can win in any other way right now. If he develops some counters, he can be a 10-plus sack player.

That last sentence highlights his major upside and is just as important as his natural talent as a super-bendy speed rusher. In college, Landry flourished with essentially one type of rush. He had 25 sacks in his final 32 games at Boston College, but NFL offensive tackles are significantly better than those in college. Pass-rushing moves/counters off a speed rush are vital. Has Landry developed those? We’ll have to wait and see.

He should be stronger moving into his second year in the NFL. Per The Tennessean, Landry’s up to 255 pounds after spending most of last season under 250. Even if one of his counters is a powerful bull rush, it’ll work in his favor in a big way.

Because he does have a well above-average get off and elite bend, he’ll be, at the very least, moderately productive for the Titans. Can’t teach those skills. But for Landry to emerge as one of the game’s best young outside rushers, he must get more refined with and comfortable using his hands at the point of attack. He needs to soak in everything from Cameron Wake, easily one of football’s best pass rushers over the past decade. I expect between 6-9 sacks for Landry in Year 2 as his playing time and strength are essentially locks to increase.

And despite finishing 2018 with the fewest sacks (6) he’s had since 2009, check this stat from Pro Football Focus:

“Wake had 54 total pressures on 286 pass-rush snaps, giving him the second-best pressure-percentage (18.9%) out of 73 edge defenders with at least 250 pass-rush snaps.”

At 37, fresh off a season in which he played 47.4 percent of the defensive snaps, we probably shouldn’t expect a hefty amount of snaps from Wake in 2019. But there was nothing from last year that indicates he’s lost any portion of his ridiculously explosive first step, immense strength, or refinement using his hands as a pass rusher.

He’s comfortable standing up but certainly can get after the quarterback from a three or four-point stance as a defensive end in Tennessee. I don’t think we should anticipate Wake to get a pressure on nearly 19 percent of his pass-rush attempts in 2019 like he did a season ago, but those pressures from 2018 indicate he should get more sacks this upcoming season. Pressure percentage has proved to be more predictive of future sack percentage than sacks themselves.

Hitting double-digits would probably be at the high end for Wake, which at 37, would be a dazzling season.

Finch, the Temple product, logged 27 tackles, three tackles for loss, and 1.5 sacks on just 19.5 percent of the defensive snaps as a rookie last season, and the Titans are hoping for more production with his playing-time bound to increase in Year 2.

He wasn’t invited to the combine but did have two respectable times at his pro day, per Gil Brandt — a 4.65 in the 40 and a 7.00 in the ever-important three cone, the best drill to show how bendy an edge rusher is around the corner. Weight and height always have to be considered, but essentially anything under 7.00 is stellar.

Finch has what at times can be an impressive get-off and is decently knowledgeable when he has to use his hands. But he lacks strength and sustained speed to truly threaten offensive tackles with his outside rush. Also, he tends to play high, thereby giving those tackles a large target to block.

Finch can be an adequate role-player and should be stronger in his second season. But for Tennessee to potentially be forced to rely on him as the club’s primary edge rusher behind Wake and Landry is scary.

Still just 25 years old, Correa is already on his second NFL team and has just 3.5 sacks in his first 38 professional games, all of which came last season after being traded from the Ravens to the Titans.

He did so on 30.6 percent of Tennessee’s defensive snaps in 2018. And at 6-3 and 243 pounds, he possesses ideal rush linebacker size. Correa had a super-fast 6.78 time in the three-cone drill at his pro day and ran a solid 4.68 in the 40 at the combine. While that burst and fluidity do translate over to the field, he doesn’t wow with power and isn’t effective utilizing pass-rushing moves, making him most useful on stunts or as a blitzer. Correa’s ability in coverage will likely help him get on the field more often in 2019.

To expect a sizable jump in Year 4 epitomizes wishful thinking, and it should be considered a win for the Titans if they get anything over three sacks from him this season.

Walker is the true wildcard of the Titans edge-rushing group, simply because we haven’t seen what he can do yet, and, at times in college, he flashed high-end ability.

In his final two seasons at Georgia, Walker registered 13 sacks and 23.5 tackles for loss in 26 games.

He was my No. 143 overall prospect and No. 19 edge rusher in the 2019 class, which was a bit lower than the consensus. Why was I lower on him than most?

Walker is entering the league as essentially a raw, moldable ball of clay. At nearly 6-3 and over 250 pounds with tentacles for arms, plenty of experience sinking in coverage, and what appears to be at least slightly above-average athletic skills, he has the physical tools to become a quality edge defender in the NFL.

However, he doesn’t come in with a true trump card. His burst/bend combination doesn’t stand out, and he’s not polished using his hands to beat tackles with pass-rushing moves or counters off his speed rush. In theory, those moves can be developed, but in the vast majority of cases, if defenders haven’t nearly perfected at least a few maneuvers in college, they don’t suddenly master them when practicing against pro linemen.

While Walker will likely play more, I envision a Finch-like rookie season as he learns the intricacies of playing the edge-rusher spot in the NFL.