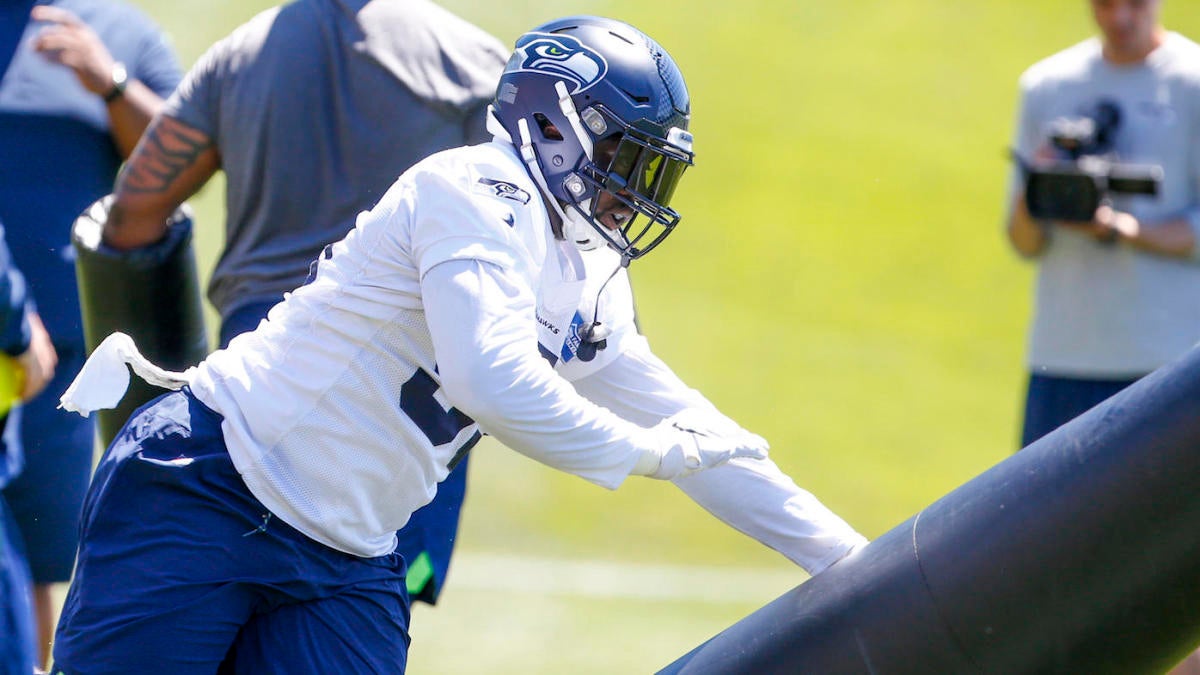 L.J. Collier’s high ankle sprain has Seahawks head coach Pete Carroll befuddled. The first-round defensive end is dealing with what Carroll describes as a “rare sprain” that will keep him sidelined for weeks.

“He’s got a badly sprained ankle, and it’s going to be a little bit,” Carroll told reporters Thursday, his first comments since the injury. “It’s unfortunate. It was really an awkward position that he got tangled up in. We’ll have to take some time to figure it out, it’s going to be some weeks though.”

Collier suffered the injury during Tuesday’s training camp session while going through 11-on-11 drills. He was in noticeable pain as he went down, was helped over to the sideline and was later carted off the field with trainers tending to that right ankle. The high ankle sprain diagnosis was not far behind Collier coming off the field, but Carroll did note that it’s unlike one he’s seen before.

“It’s a little bit unusual, kind of the upper part of his foot,” he said. “It’s an unusual one for us, we really haven’t had a guy who sprained his ankle just like this. We’re going to be really slow to make sure we know what we’re doing with this. It’s a rare sprain.”

When asked about whether or not the preseason is in play for Collier, Carroll said, “We’re going to take it one week at a time.”

“Unusual” and “rare” aren’t exactly the words you want your head coach using when describing an injury to the franchise’s first-round pick, so it appears like it’ll be quite a while before Collier hits the field again. Because of the oddity of his injury along with how high in regard Collier’s held, Seattle will likely take a cautious approach with their top pick.

The Seahawks were counting on Collier, who totaled 42 tackles and six sacks during his final collegiate season at TCU, to produce out of the gate in 2019 after they traded Frank Clark this offseason coupled with Jarran Reed being suspended for the first six games of the season. This injury certainly now puts him behind the 8 ball.