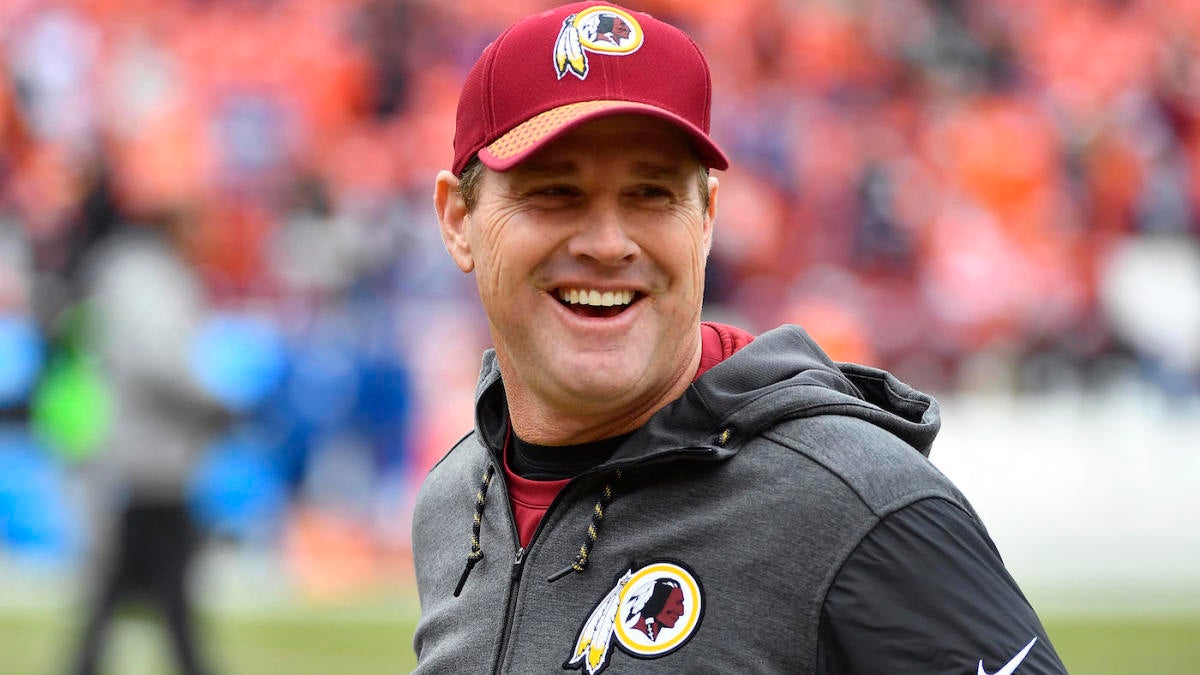 The Washington Redskins are just one week away from their first preseason game, which means head coach Jay Gruden has some decisions to make.

The finalization of the 53-man roster is still a month away, but how he will determine the victors of certain position battles and how he will utilize rotations are two concepts he will have to begin to ponder. The clock is ticking.

On Thursday, a reporter asked Gruden what he’s looking for from his team next week, and he kept it simple. The Redskins just want to find the best players.

“Continue competition and continue to get better, that’s all we can do,” said Gruden. “Continue to teach our system, teach our fundamentals and try to find the best players, and the only way we do that is practice. We’ll have some padded practices, we are going to have live sessions before the game, but then once the game starts, I want to make sure these guys know what to do so they can go out and play and show us what they have.”

While the quarterback competition has and will continue to dominate headlines, there are several other position battles that are worth watching as well.

Since seven-time Pro Bowler Trent Williams is continuing his holdout, former New York Giants first-round pick Ereck Flowers began training camp at left tackle. It suffices to say that things did not go well, which is why the Redskins signed Corey Robinson and Donald Penn to establish some consistency at Williams’ spot.

Flowers has now moved inside to left guard, where the Redskins initially envisioned him playing when they signed him in March. He will compete with fourth-round pick Wes Martin for the right to start.

Another interesting position to watch will be wide receiver. Josh Doctson understands that his future in Washington is not guaranteed, and has put together a nice camp for himself so far. On Wednesday, he made an impressive one-handed touchdown catch that’s worth another look. Paul Richardson is back healthy after missing the majority of his first season in Washington with a shoulder injury. Those two, along with Trey Quinn in the slot, are expected to be the starting receivers.

There are several wideouts waiting for their chances however, and it will be impossible for Gruden to keep them on the sidelines for long.

Second-year wideout Cam Sims has registered another tremendous offseason, and at times has looked like one of the most talented receivers on roster. Unfortunately, he suffered a high ankle sprain on the opening kickoff in 2018, and landed on injured reserve. Now healthy, it remains to be seen how many on-field chances he has earned.

The Redskins also have a couple of talented rookie wide receivers who are worth getting excited for. Terry McLaurin and Kelvin Harmon have both had their fair share of highlights in OTAs, and if Doctson or Richardson should struggle, the rookies could see the field early on. Gruden is looking for the best players, and we simply just don’t know who those are at the wide receiver position yet.

Washington also possesses a couple of ‘loaded rooms,’ positions where some sort of rotation will have to be established.

The Redskins may have one of the most dynamic backfields in the NFL. Between future Pro Football Hall of Famer Adrian Peterson, receiver hybrid Chris Thompson and Derrius Guice, all are worthy of snaps in this offense. This is also Gruden’s first chance to see all three healthy at the same time, as Guice was injured in the first preseason game last year, which led to the signing Peterson in late August.

As the most consistent player on Washington’s offense in 2018, Peterson has proven that there’s still some tread left on the tires, but many expect Guice to take over the majority of carries at some point. The Redskins have to be excited with what they possess at running back, but will also have to establish a feasible rotation which both presents each player with enough touches, as well as takes advantage of what each brings to the offense.

Another position like that of running back is cornerback. While Josh Norman, Quinton Dunbar and Fabian Moreau are expected to be the starters, the Redskins made a couple of additions in the offseason that deserve playing time. Veteran Dominique Rodgers-Cromartie came out of retirement to reunite with former Giants teammate Landon Collins, and his speed as well as experience is something that can bolster this secondary.

The Redskins also appear to have a dynamic defensive back in their seventh-round pick out of James Madison, Jimmy Moreland. The 23-year-old told reporters who were still learning his name that he was a “pick machine” during rookie minicamp, and he quickly proved it as soon as 11-on-11s started. No player has intercepted more passes than Moreland through OTAs and training camp, which must mean that playing time is in his future.

Gruden is looking for the best players, but that also means deciding which player fits best when it comes to a certain situation. The Redskins may have suffered back-to-back losing seasons, but they have some young talent with enough potential to carry this franchise into the future — a brighter future. What it comes down to is utilizing these players correctly, something that Gruden and the Redskins are focused on figuring out right now.