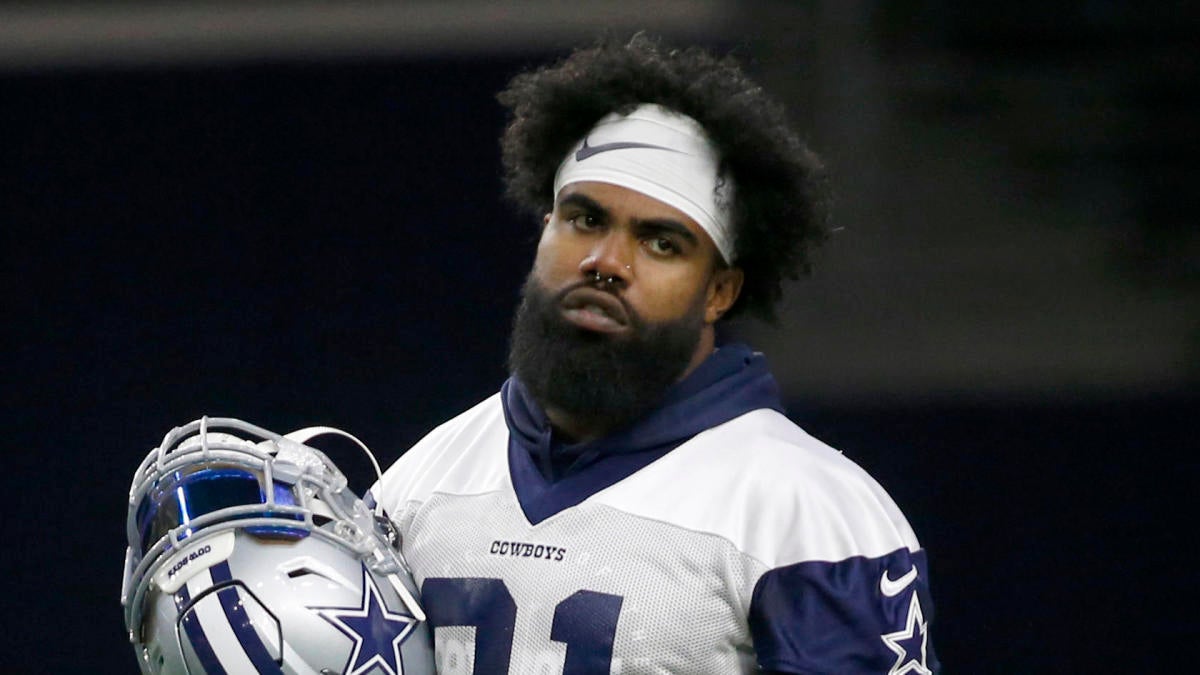 The Ezekiel Elliott holdout has been going on for almost a week now and unfortunately for the Cowboys, it doesn’t sound like it’s going to be ending anytime soon.

According to NFL Network, the two sides haven’t come anywhere close to working out an extension.

If you’re wondering what’s holding up the deal, Cowboys executive vice president Stephen Jones basically revealed the main issue during an interview on Thursday and it comes down to this: The Cowboys don’t want to be handing out any record-setting contracts.

“We’ve got three really good football players that we’re dealing with here and that have very good representation. And they want to see the market,” Jones said, via The Athletic. “We can’t push the issue unless we want to be a market-setter. And we’re damn sure not going to be a market-setter, because of all the things that go with being a Dallas Cowboy.”

That “damn sure” comment is a pretty notable one, and that’s mostly because it seems directed at Elliott’s camp.

Although Amari Cooper and Dak Prescott are both expected to get extensions during training camp, no one is expecting them to be a “market-setter.” As CBSSports.com’s Patrik Walker pointed out on Wednesday, Cooper’s deal will almost certainly come in below the deal that Michael Thomas got. As for Prescott, yes, he’s going to get a huge contract, but he definitely won’t be getting $35 million per year, which is what it would take to be the “market-setter” at quarterback.

Basically, the only Cowboys player going for a market-setting deal is Elliott. According to Yahoo Sports, Elliott is looking for a deal bigger than the four-year, $57 million contract that the Rams gave Todd Gurley, and based on the way Jones is talking, the Cowboys have absolutely no plans of giving him that kind of deal.

The odd thing about Jones’ comments is the timing. It’s almost like he teamed up with his dad to turn Cowboys fans against Elliott. Not only did we have Stephen’s comments, but we also had Jerry Jones casually mention this week that you can win a Super Bowl without a top rusher.

This is in stark contrast to earlier this offseason when the Cowboys tandem was fawning over Elliott. As a matter of fact, back in February, Stephen Jones said Zeke SHOULD get a Gurley like deal.

“Well, I mean we’ve got it budgeted that we’re going to pay Zeke a significant contract at some point,” Stephen Jones said at the time. “He’s right there at the top with the best of the business, if not the best. We saw what Gurley got paid, and that’s probably where it starts, and we’ll go from there.”

Apparently, something happened over the past five months and Stephen Jones has decided that Elliott isn’t worth Gurley money. Instead, he’s aiming to be “fair.”

In the meantime, Elliott is training in Cabo, which isn’t the worst place to be stuck if this holdout ends up dragging on.