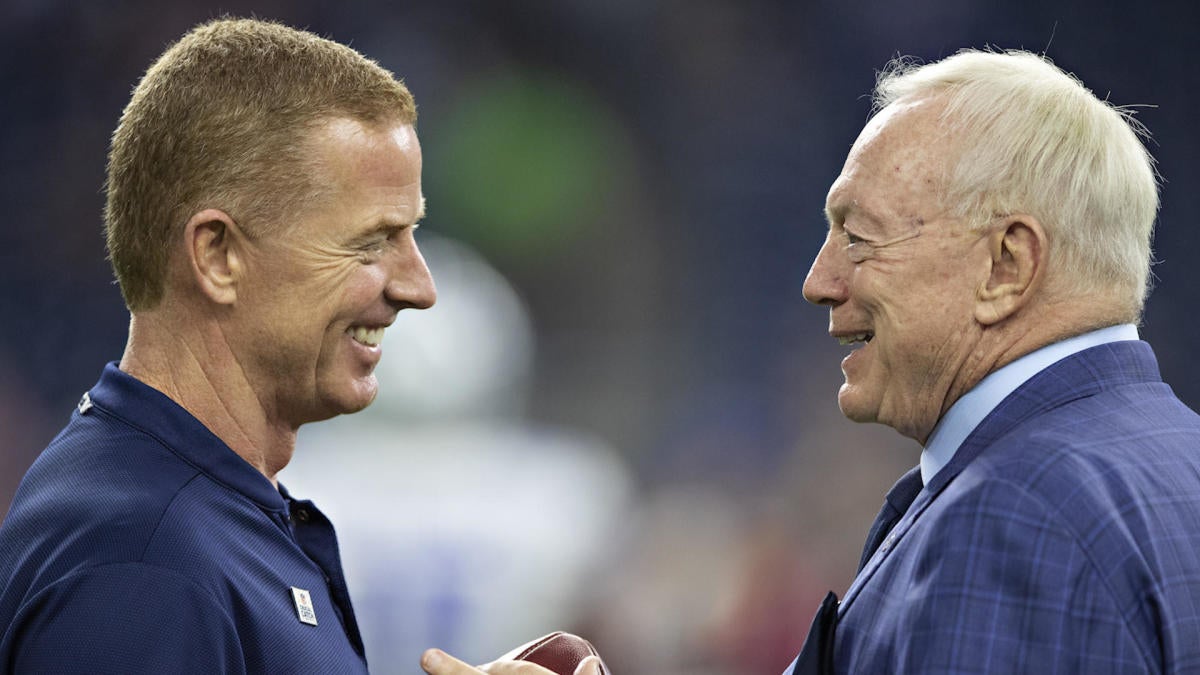 From the frying pan, to the icebox and then directly into the fire.

Such has been the journey of Dallas Cowboys head coach Jason Garrett over the past few months, having entered the 2018 season on a hot seat that rapidly burst into flames when the team suffered a disjointed 3-5 start — before rallying the Cowboys to a historic 7-1 finish to land their second NFC East crown in three years. Labeled a virtual lock to be one-and-done in the playoffs, they instead shut down the league’s No. 1 rushing attack in the Seattle Seahawks to punch their ticket to a Divisional Round matchup with the Los Angeles Rams, where they failed to turn the postseason corner, but Garrett had proven he was a motivator of men.

Only days ahead of their trek west to California, owner Jerry Jones was committed to offering Garrett a deserved extension — when considering what it took to be just two games shy of a Super Bowl appearance after being two games under .500 after Week 8 — but the organization had a change of heart before the month of January ended.

The would-be extension for Garrett was yanked, and whether that’s by the elder Jones’ change of heart or driven by the insistence of an emotionally detached EVP Stephen Jones is up for debate, but it doesn’t change the reality of what’s to come in 2019.

Entering Garrett’s ninth season as the Cowboys’ head coach following the interim tag in 2010, the team has yet to make a Super Bowl appearance. If the Cowboys don’t make definitive and consistent improvement, which likely includes landing in their first NFC Championship game since 1995, Garrett may find himself walking the path of his now-departed former mentor, Scott Linehan.

For Garrett’s part, though, it’s not something weighing on his mind.

As far as the club’s owner is concerned, there are tentpoles Jones expects Garrett to pass in 2019, but he won’t speak on them publicly. During the first press conference to begin camp, when asked what Garrett would need to do to land an extension for 2020 and beyond, Jones jokingly pretended he couldn’t hear the question. Asked again, he blamed construction in the background for allegedly not being able to hear, laughed and simply said “next question.”

As to not completely leave Garrett floating in the media wind, however, he’d double back and affirm his hopes for the situation.

“The goal is for [Garrett] to be the coach of this team for as long as I’m around,” Jones said. “That’s the goal. That’s what I’ll tell you.”

Some will take that to mean the Cowboys will keep Garrett around no matter what, but the truth is when Jones says the “goal” is to not fire his longtime head coach — it leaves the door wide open for the opposite to occur. Garrett’s chances at a new deal ride on the addition of several key weapons offensively, defensively and on special teams, and the decision to shed a poorly performing Linehan as offensive coordinator and taking a chance on giving former backup quarterback and QBs coach Kellen Moore a crack at the role. This gives clear indication Garrett isn’t willing to risk his future in Dallas to the status quo, and has a bit of riverboat gambler in his blood as well, considering the club could’ve gone with a more experienced replacement for Linehan.

Instead, it’ll be someone only a couple seasons removed from being a player himself, and who has only one year of coaching experience under his belt. Things do look promising for Moore’s version of what may turn out to be a much more dynamic and creative offense, but there’s still the reality that Garrett is rolling the dice here — hoping the transcendent football IQ of Moore can help save the day.

While he may not be focused on the fact this is a contract year for him — the second of his tenure — Garrett’s also not naive to what’s at stake in 2019: