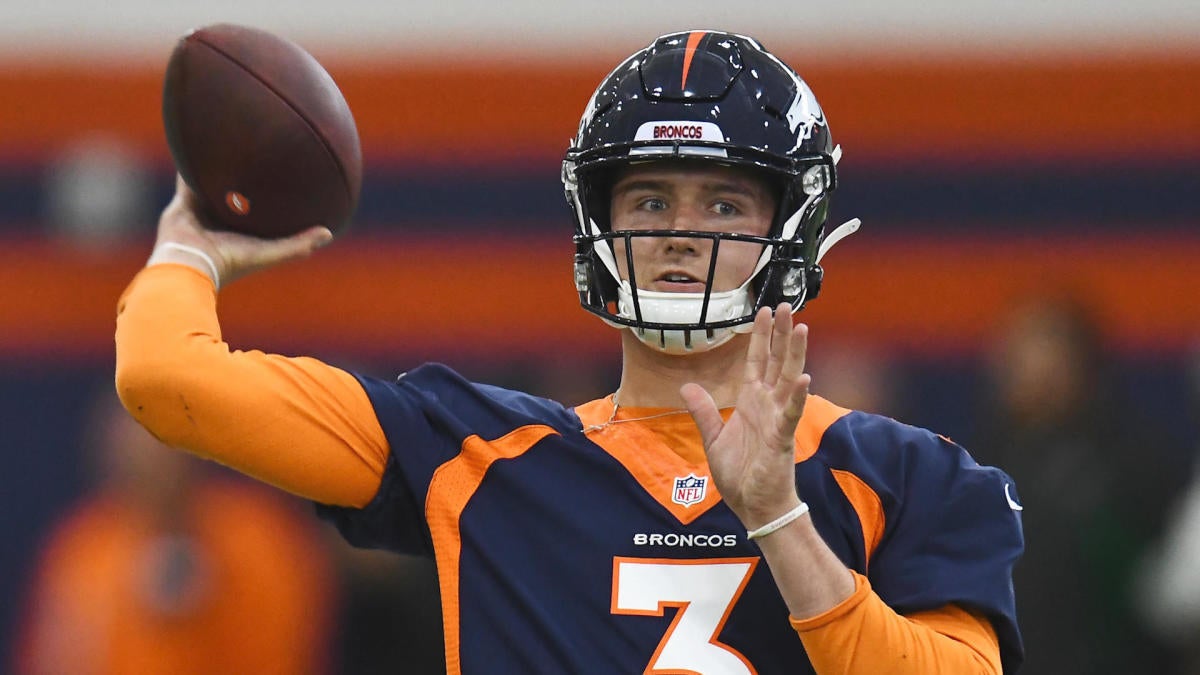 Scoring could be at a premium when the NFL preseason opens on Thursday. The Denver Broncos face the Atlanta Falcons in the 2019 NFL Hall of Fame Game, with kickoff set for 8 p.m. ET from Tom Benson Hall of Fame Stadium in Canton, Ohio. The previous seven Hall of Fame Games have produced an average of 30.3 points, including the Ravens edging the Bears 17-16 last year. Oddsmakers expect another close, low-scoring game this year and list Denver as a 2.5-point favorite in the latest 2019 NFL Hall of Fame Game odds after the line moved as high as a field goal. The over-under, or total number of points Vegas thinks will be scored, is 34.5 after opening at 34. Before you make any 2019 Hall of Fame Game picks or NFL predictions, see what famed pro football expert Mike Tierney has to say.

An acclaimed sportswriter whose work appears in the New York Times and Los Angeles Times, Tierney has reported from seven Super Bowls. Now a SportsLine expert, Tierney was all over the Patriots in the 2019 Super Bowl, enabling him to finish the season with a sparkling 63-46 record against the spread. Anyone who has followed him is way, way up.

Now, with the 2019 Hall of Fame Game fast approaching, Tierney has evaluated Falcons vs. Broncos from every angle and locked in his pointspread pick. He’s only sharing it over at SportsLine.

Tierney knows the Broncos are determined to make Vic Fangio a winner in his head coaching debut. The beloved 60-year-old ran the Bears’ defense last year, and Chicago led the NFL in scoring defense (17 points per game) and takeaways (36). Now, Fangio has a slew of defensive playmakers in Denver.

Rookie quarterback Drew Lock will get a long look Thursday night after Kevin Hogan starts the game. Broncos starting quarterback Joe Flacco will not play, so the second-round pick out of Missouri could steal the show. Denver traded up to grab Lock at No. 42 overall; the 6-4, 228-pounder has a big arm and has gotten increasingly accurate, completing 63 percent of his throws last year. In 2017, Lock set a single-season SEC record with 44 touchdown passes. He finished his Missouri career with 99 TD throws against 39 interceptions.

But just because the Broncos appear to have the motivational edge doesn’t mean they’ll cover nearly a field goal against the more talented Falcons.

Quinn knows what he has in a passing game led by Matt Ryan, Julio Jones, Calvin Ridley and Austin Hooper. Ryan will sit out on Thursday, just like Flacco, but Quinn is brimming with anticipation to see his explosive group of running backs perform. Devonta Freeman looks like his old self after a groin injury doomed his 2018 season. Behind him, the Falcons want to get a long look at Ito Smith (four touchdowns last season), dynamic rookie Qadree Ollison, Kenjon Barner, and training camp standout Brian Hill. “That’s a lot of weapons at running back,” Quinn told reporters.

The Falcons drafted two offensive linemen in the first round — guard Chris Lindstrom and tackle Kaleb McGary — and they’ll get extended snaps. Atlanta wants to re-establish its running game after averaging just 98.3 yards on the ground last season, which ranked 27th, so look for the Falcons to pound the ball behind their upgraded O-line.

Who wins the 2019 Hall of Fame Game? And which critical X-factor makes one side of the spread hit hard? Visit SportsLine now to see Mike Tierney’s strong Falcons vs. Broncos pick, all from the acclaimed expert who went 63-46 on NFL picks against the spread last season, and find out.