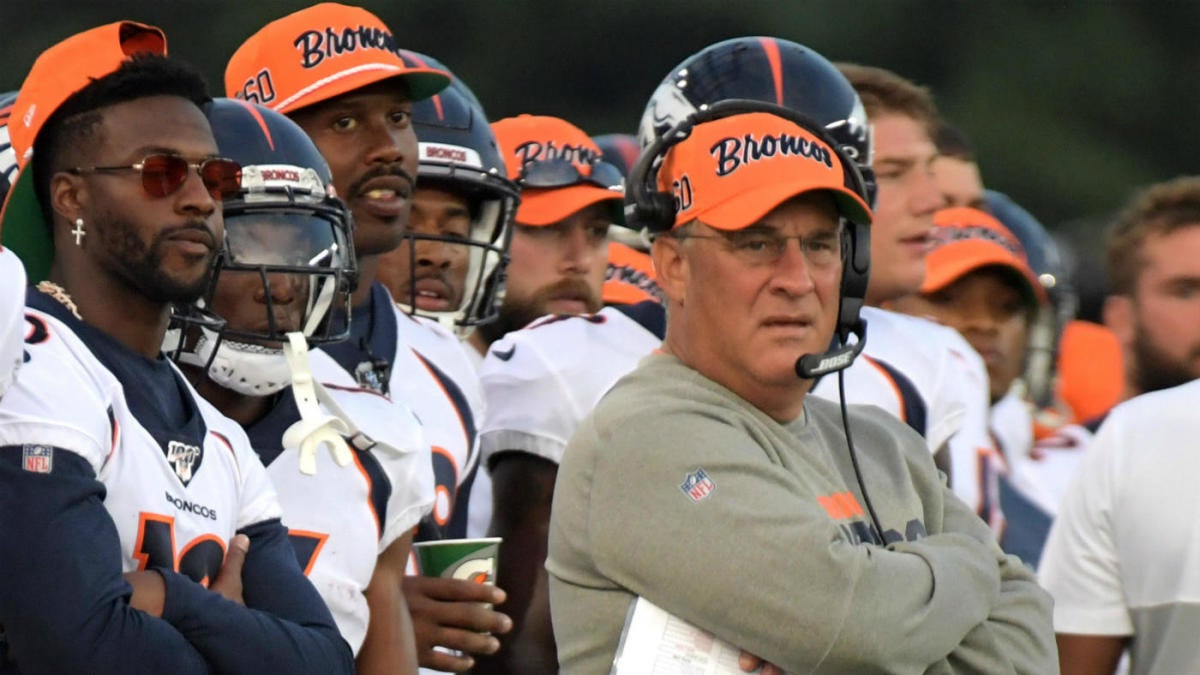 Late in the first half of Thursday night’s Hall of Fame Game between the Broncos and Falcons, a flag was thrown on Denver cornerback Linden Stephens following an incomplete pass from Atlanta quarterback Kurt Benkert to receiver Russell Gage.

After a brief review, officials ruled that Stephens did indeed commit pass interference, a penalty that coaches can now be challenged after the league’s owners voted in favor of the rule change earlier this year.

The challenge from Fangio, despite the call clearly looking correct in real time, didn’t come out of nowhere. He told reporters before the game that he was planning to challenge a PI call in his first game.

It should come as no surprise that defensive backs, past and present, are not in favor of the rule change. Ty Law, a former New England Patriots cornerback who will be will be inducted into the Pro Football Hall of Fame on Saturday night, recently shared his displeasure with the league’s decision to make pass interference a challengeable play.

“Yes, I am disappointed in that because it’s going to take away from the game,” Law told reporters earlier this week. “You know, referees are out there for a reason. Yes, they don’t make every call right, but something like that — a pass interference — once you start opening that can of worms, it’s going to get ugly, and the game’s going to get a lot longer.

“I think it’s going to be a lot of grey area because I think the defensive players get the bulk of the pushing and the blame for this or that, but there’s a lot going on between a defensive back and a wide receiver, especially when you’re running downfield.”