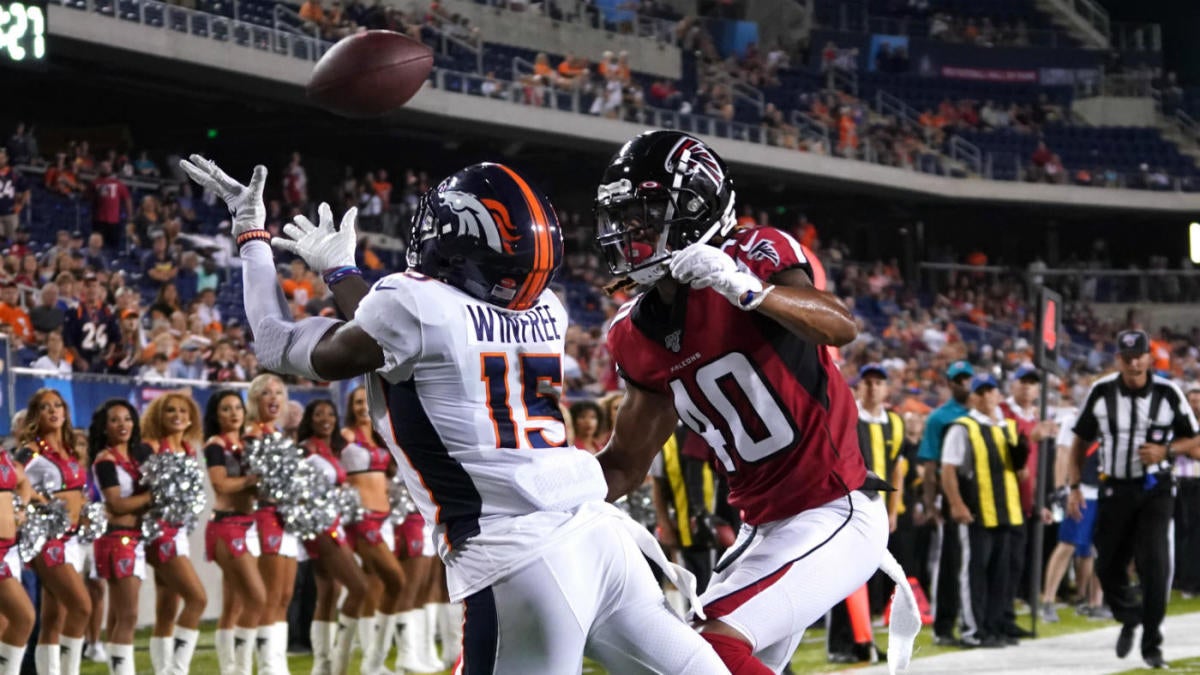 Who says the preseason doesn’t have a flair for the dramatics?

With under 90 seconds to play in the Hall of Fame Game and the Broncos down three to the Falcons, Denver quarterback Brett Rypien was able to connect with receiver Juwann Winfree for the go-ahead touchdown on fourth down in their 14-10 win on Thursday night. Winfree showed off some strong hand-eye coordination, tipping the ball in the air and hauling it in for the score.

The game-winning touchdown was set up for Denver after they were pushed back to the Atlanta 15-yard line due to a holding call on fourth-and-4. Rypien completed a pass on the play that would have set up a first down and put Denver on the doorstep of the goal-line, but they had to squeak in the end-zone in a more creative way.

That game-wining touchdown was Winfree’s lone catch of the contest. The 6-foot-2, 210-pounder is a sixth-round draft choice of the Broncos out of Colorado. During his final collegiate season, he recorded 28 receptions for 324 yards and two touchdowns. Rypien, meanwhile, was 5-for-10 passing for 41 yards and that score.