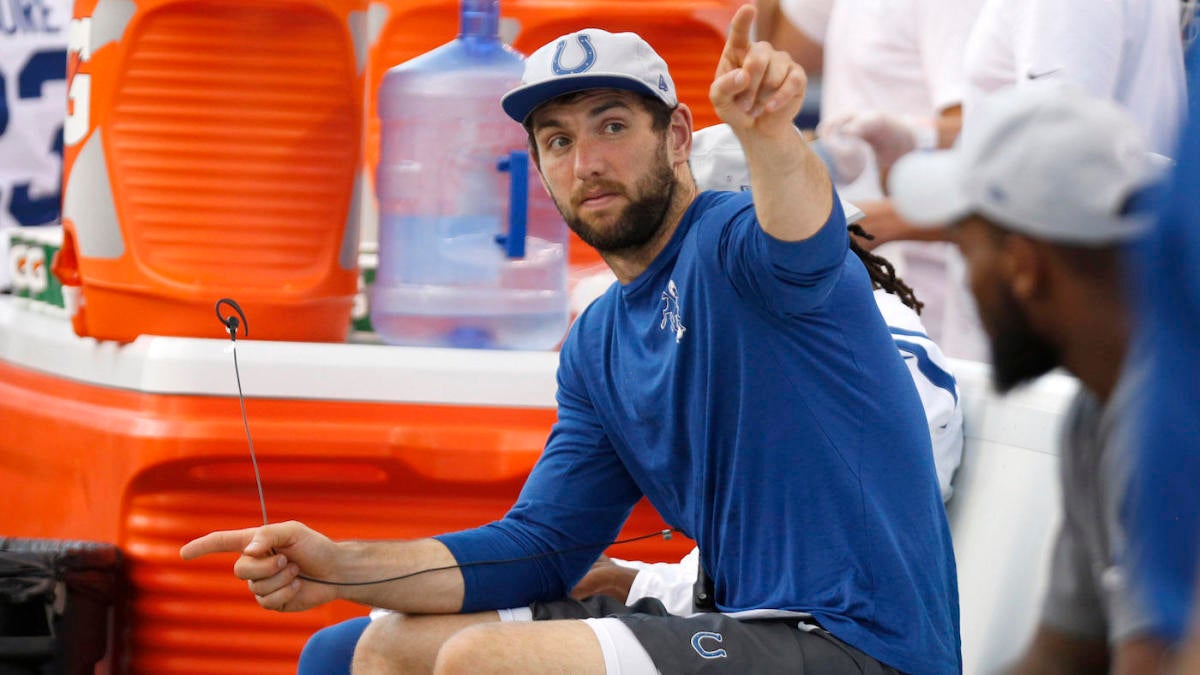 Andrew Luck is sidelined once again, rehabbing rather than practicing at the start of Indianapolis Colts training camp.

The four-time Pro Bowl quarterback was transparent with the media this week, saying he won’t need surgery for his lingering calf strain but admitting he’d be “average” if he tried to take the field with it now, claiming he has not improved “pain-wise” since the spring, when he also sat out.

After the Comeback Player of the Year winner missed 26 games from 2015-2017, is it already time to start worrying about Luck for 2019?

CBS Sports’ John Breech said on Wednesday’s Pick Six Podcast he’d put his current panic level, on a scale of one to 10, at about a six.

“Back in May, back in June, my concern level was, like, a one,” he told host Will Brinson. “But now it’s gone up, because if he sits out, while (his calf is) healing, you’re missing training camp, you’re missing these big reps, you’ve got rookie wide receivers, you’ve got new players that you kind of need to jell with.”

If Luck is back in action by mid-August, Breech said things should be just fine. If he’s still limited after that, the panic level “goes from, like, 6.7 to 9.7.”

Fantasy expert Jamey Eisenberg also joins the podcast to explain how to handle holdouts in Fantasy, and the guys break down all the latest NFL news. Listen to the full episode below, and subscribe on Stitcher, Spotify and iTunes.