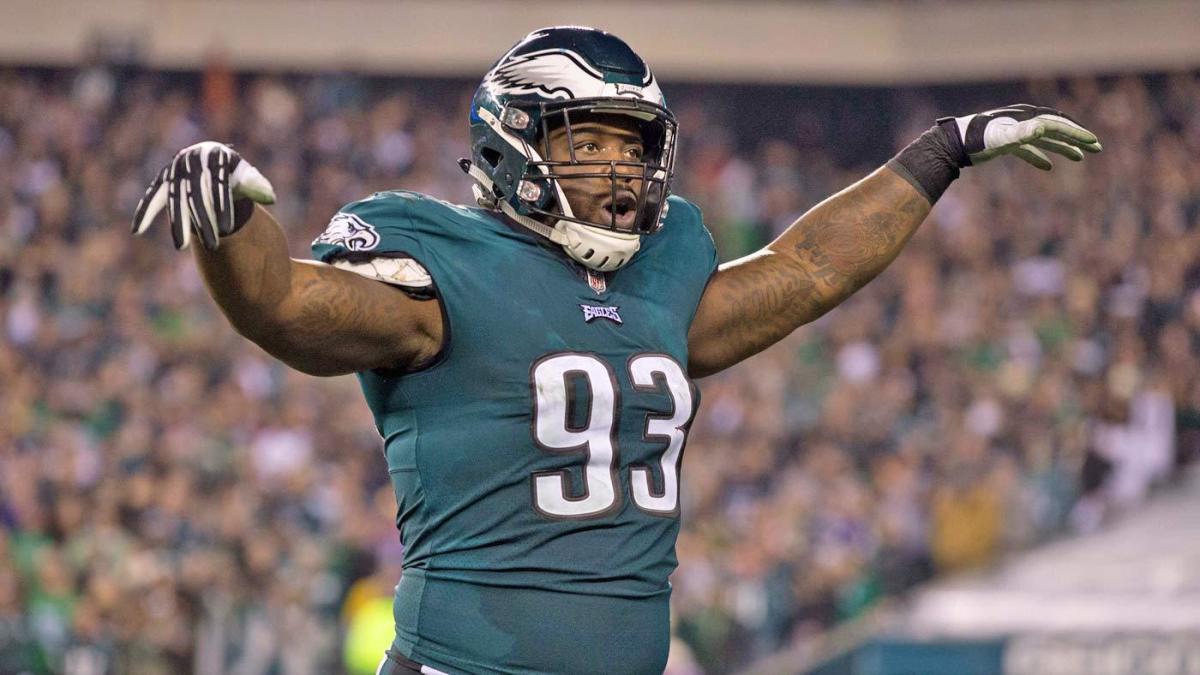 Timmy Jernigan almost lost everything regarding his career in the NFL over the past 15 months. Jernigan suffered a mysterious back injury in an offseason training incident in May of 2018 that cost him his four-year, $48 million extension earlier this year. The Eagles declined Jernigan’s $13 million option that was part of a re-worked deal as a result of the incident, but re-signed him to a one-year deal prior to the draft.

Jernigan won’t be the defensive tackle paired next to Fletcher Cox like he was during the Eagles’ Super Bowl run (his role was taken by Malik Jackson, who the Eagles signed to a three-year deal). Now Jernigan is adjusting to life as a rotational defensive tackle behind Cox and Jackson, attempting to reenergize his career.

Jernigan is set to rekindle that 2017 magic.

“For the first time in a while, I’ve been healthy” Jernigan said, via NJ Advance Media. “The biggest thing is just taking advantage of my opportunities. We play in a system where we’re loaded up front. We brought in Malik, he’s a great player. It’s gonna be a matter of the chances I get, taking advantage of them. I’m not trying to step on (anybody’s) toes. I just want to be ready when my number’s called.”

Jernigan was a force for the Eagles when paired next to Cox in 2017. Despite having to learn the defense and adjust to a 4-3 scheme, Jernigan finished with 29 tackles and 2.5 sacks. Jernigan also had 23 pressures on the season, but his production dipped in the second half of the year, due to a high ankle sprain he suffered in Week 6 and played through the rest of the year.  That version of Jernigan was instrumental toward the Eagles having the No. 1 run defense in 2017.

With Jernigan limited in 2018, the Eagles’ run defense took a hit until his return. Jernigan played just 45 snaps on the season in a limited role. Philadelphia allowed just 83 rushing yards after Jernigan returned to the defensive tackle rotation, an average of 41.5 per game. In the playoffs, Jernigan had two pressures and two sacks in two games as the Eagles defense allowed 101.5 rush yards per game.

Jernigan showed glimpses of returning to form toward the end of last season. 2019 could be the year when Jernigan gets back toward becoming one of the highest-paid defensive tackles in the NFL.

“I just know what he does on the field and he looks as good, if not better, than I’d seen him,” said Eagles defensive coordinator Jim Schwartz. “He’s another guy that he came to us a couple years ago, and he never played our style of defense, meaning attack up front. He had been a reader and playing that line. It takes a little while to get guys into that.

“But he’s been very disruptive, more so than I ever remember him in training camp, and he’s also been active in the pass rush. He’s been winning a lot of one-on-ones in our pass rush stuff. So I like where he is. Everything else, I can’t say whether he’s back or not.”