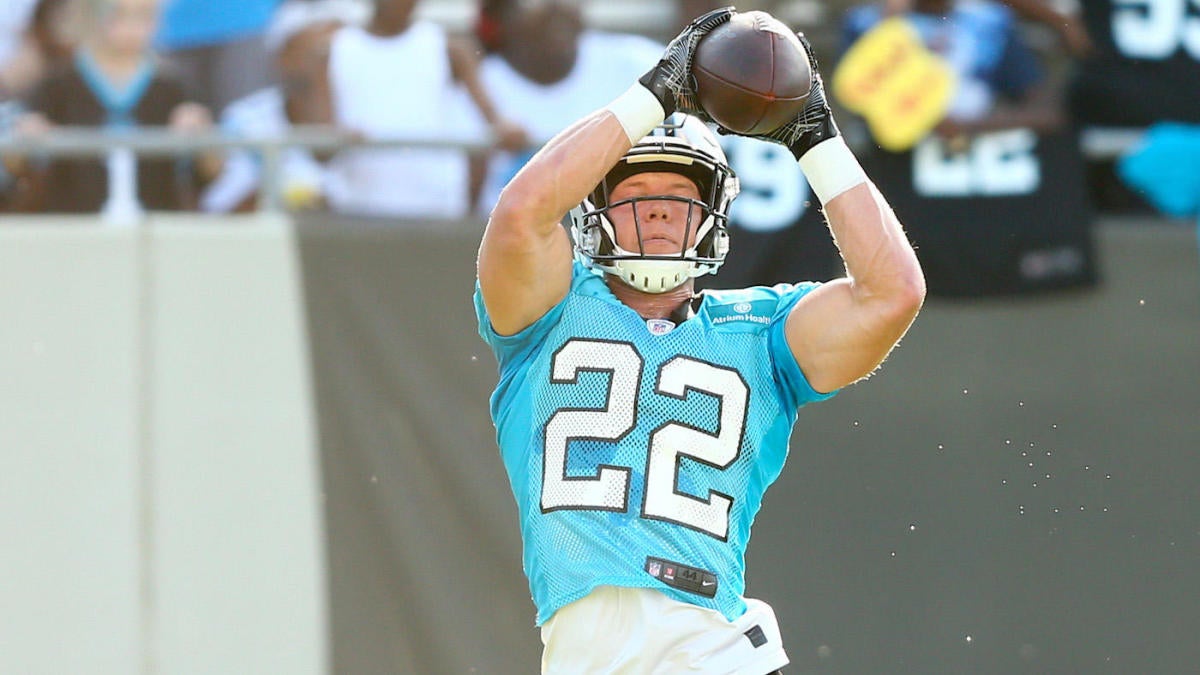 In 2018, Panthers running back Christian McCaffrey proved his ability to function as a feature back with 1,965 yards and 13 touchdowns on 326 total touches, which makes him both one of the best all-around running backs in football and one of the best fantasy players regardless of position.

Go ahead and pick McCaffrey early in your fantasy drafts.

“The goal is to cut down on his plays, but we’re not gonna take away his touches. We want the ball in Christian’s hands,” Rivera said, per The Athletic. “When he’s on the field, there’s no reason for him to be a decoy or be a swing guy. So why not figure out the best thing? And that’s what coach Norv [Turner] wants to do.”

That jives with what offensive coordinator Norv Turner said earlier this week.

“I’ve had six different guys who have had more than 400 touches. So he’s not even close to some of the guys I’ve been with,” Turner said, per Pro Football Talk. “He’s on the field 90 percent of the time. We need to get someone else on the field, but we’re not going to minimize his carries or touches.”

As Turner mentioned, McCaffrey was on the field for 90 percent of the Panthers’ offensive snaps last season — a league-high 91.3 percent to be exact, according to The Athletic. McCaffrey’s 326 touches (219 rushes and 107 receptions) ranked third among all players. Since McCaffrey entered the league in 2017, he ranks seventh in touches with 523.

If McCaffrey is on the sidelines more often, there would likely mean more snaps for veteran backup running back Cameron Artis-Payne or rookie Jordan Scarlett. The Panthers could also use four-receiver sets or two tight ends more frequently, but still, even though they’re talking about letting McCaffrey hang out on the sideline more often, this is a team that operated out of 11 personnel (one back, one tight end, and three receivers) on the vast majority of their plays last year (73 percent when league average was 66 percent, according to Sharp Football Stats). It would be surprising to see them drastically deviate from that formula — a formula that was actually working well until Cam Newton hurt his shoulder, at which point their season sputtered — unless they’re willing to reshape their offense in their second season under Turner.

A more likely scenario sees McCaffrey, at the very least, being near the top of the table in terms of touches once again. It’s one thing to say in July that there’s a plan to decrease a player’s snaps. It’s an entirely different thing to actually decrease that player’s snaps when every game and every play matters, and that player happens to be a superstar.

As for McCaffrey, he appears to be legitimately — not just in the training camp cliche sense — in the best shape of his life, which suggests he’s ready to take on a heavy workload again in 2019.

McCaffrey also said, “I definitely put on some muscle,” which might be the understatement of the offseason.