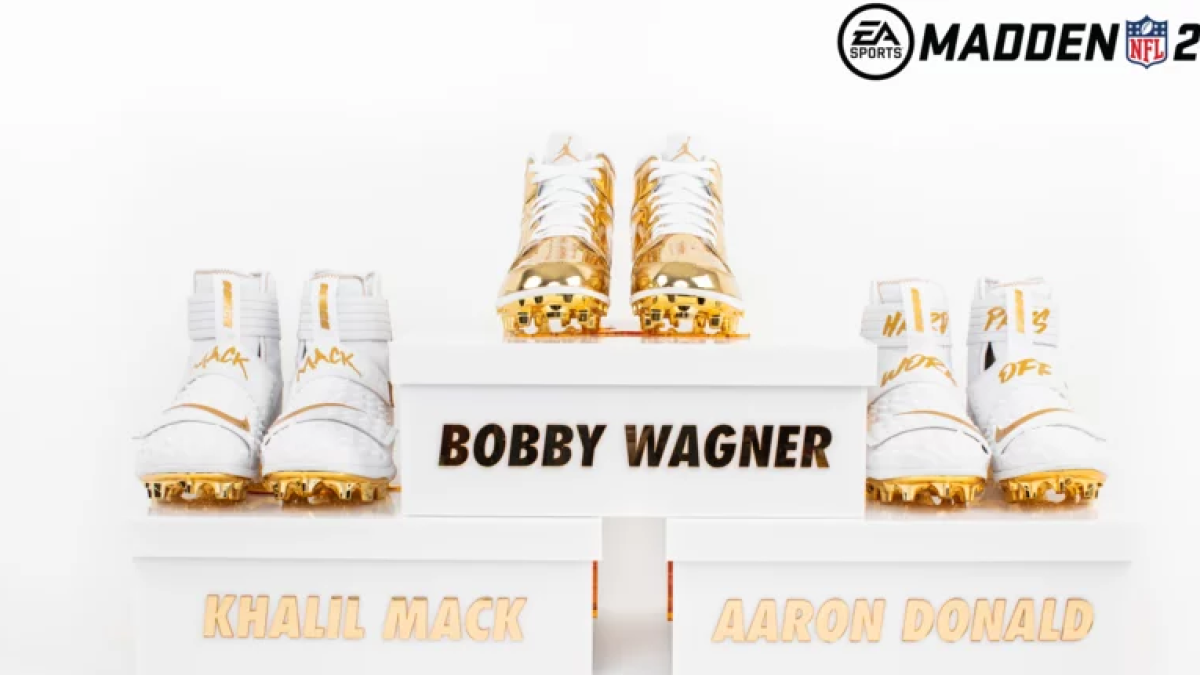 Aaron Donald, Bobby Wagner and Khalil Mack will enter 2019 as some of the few NFL players with a perfect 99 rating in “Madden 20,” and now they’ll have some swag to remind people of it.

The Force Savage Elites feature white mesh-based uppers with gold trim, with each athlete’s name printed on the midfoot strap, while the field-ready Jordan 1s tout gold leather with a white Nike Swoosh and tongue, according to Sole Collector.

The only 99-rated player in “Madden 20” not to receive a pair of the cleats, which are exclusive to the athletes, was Houston Texans wide receiver DeAndre Hopkins, who is represented by Adidas. Nike kicked off its custom “Madden” cleats in 2018, honoring three of the seven “99 Club” members from that season — Antonio Brown, Luke Kuechly and Rob Gronkowski.

Per Highsnobiety, the same gold shoes gifted to this year’s players have also been rendered for an appearance in the actual “Madden 20” game, although it remains unclear how they’ll be accessible within it.