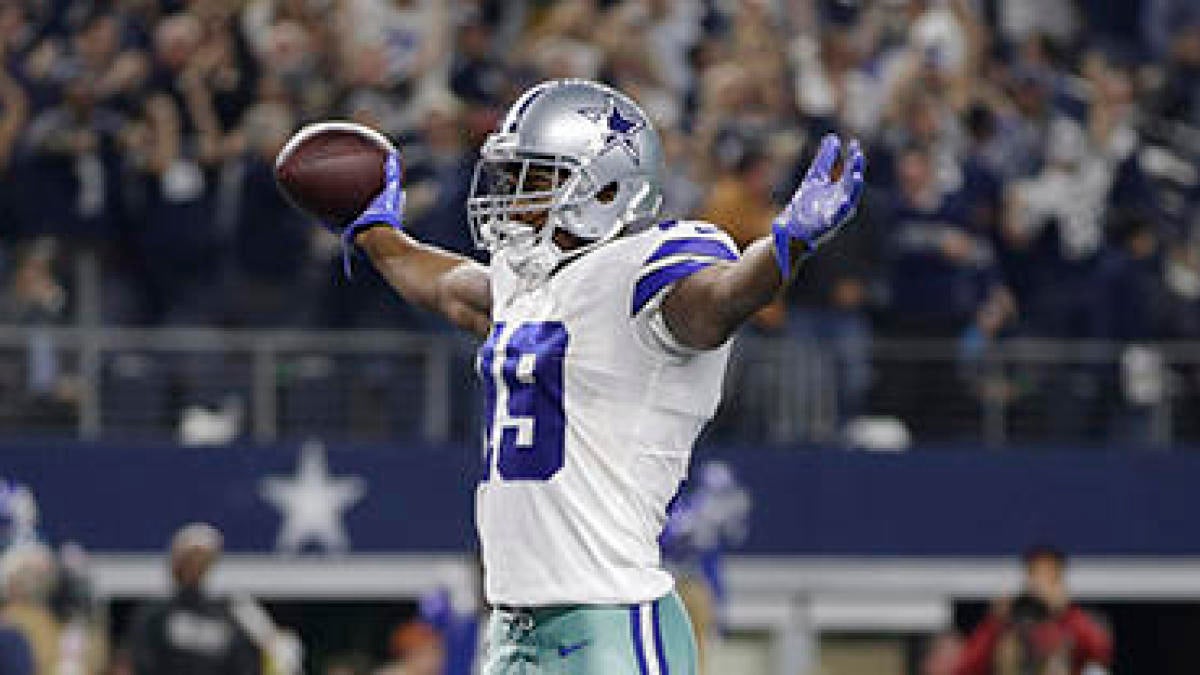 It may not be as large as the smile on Michael Thomas‘ face, but the one Amari Cooper is wearing is stretched ear-to-ear.

Thomas has reportedly reached a landmark five-year, $100 million deal with the New Orleans Saints — making him the highest paid wide receiver in NFL history and the first to eclipse the coveted $20 million average annual salary mark. The deal includes $61 million in guarantees, setting a new standard in that metric as the most ever given to a player that is not a quarterback.

This immediately shifts the eyes of the world to the Atlanta Falcons and Julio Jones, with everyone wondering if Jones will reset the market by surpassing Thomas. To a lesser but still quite interesting degree, however, it launches Cooper right where he wants to be in his talks with the Dallas Cowboys. While it’s unlikely he’ll surpass the $20 million average per year himself, Thomas’ deal does attach a hot air balloon to the overall market value of Cooper — which is precisely why the three-time pro bowler didn’t jump at signing an extension with the Cowboys before now.

With Thomas’ deal now done, waiting for Jones may be of no consequence, and it’s no coincidence Cooper’s agent was present at training camp and speaking openly with team exec Stephen Jones. Talks had been paused since May as Cooper played the market, but will now likely pick up in full force. When the deal on Cooper does inevitably land, if it’s in 2019, expect it to be around the $18.5 million to $19 million range.

This would surpass the per year average of Odell Beckham, Jr., but keep him beneath an arguably better Thomas and Jones.

The franchise tag would be in play at that point, though, but it would cost the Cowboys around $18 million for 2020 — according to Joel Corry of CBS Sports — making it a tough pill to swallow. The team’s more likely to press for what they’ve been pressing for already, and that’s a longterm extension as soon as possible.

Obviously not naive to the fact he’s in line to be one of the next cornerstone players to land a leviathan contract extension from the Cowboys, the 25-year-old is anything but pressed about when things will fall into place financially. Talks between him and the Cowboys began in the spring, but stalled for the aforementioned reasons. From the standpoint of being a player, Cooper is saying all the right things as he continues to hammer home his focus on simply getting better on the field, while allowing the business of football to handle itself.

He’s so rooted on that hill that when asked about his own value in a recent interview with ESPN’s First Take, Cooper professed he hasn’t earned market-setting money yet.

“Well, not [right] now,” Cooper said unapologetically. “I’m definitely looking forward to earning that respect, and definitely looking forward to coming into this year and just putting up those numbers for my team, and really showing what I can do in a full season as a Dallas Cowboy. I know that I have the skill set to be one of the highest-paid receivers, but I’m just all about going out there and proving it.”

It’s no longer a question of if the Cowboys will sign the player they gave up a first-round pick for in October 2018, but rather when and at what cost.

The astute eye will notice Cooper’s comment — while scathingly honest and self-aware in its delivery — also frames his stance as one fully prepared to first show what he can do over the course of an entire season as opposed to inking his deal on the heels of having just nine regular season games with the Cowboys, despite those games rejuvenating his stock and propelling him to his third 1,000-yard season and third Pro Bowl nod. It remains the expectation that Cooper agrees to a deal ahead of 2019 kickoff, but that’s not a sure thing, all things considered.

If he does agree this year, he’ll likely be the third highest-paid in the land. If he holds off and dominates this coming season, however, there will be no debate on if he’ll reset the market in 2020 — with the Cowboys having upwards of $100 million in projected cap space to make it happen.

“I’m not watching Michael Thomas’ pocket,” he recently told The Dan Patrick Show. “… I think everything is gonna fall into place when it needs to.”

Cooper isn’t a robot, though, despite his flawless PR execution with that comment. The writing on the wall is too large to ignore.

“That is why I am not worried about [the contract talks],” he said earlier this offseason. “I feel like they are active about [the discussions]. They want to get it done. …The market has gone up.

“I am happy about that. I feel we are in a good place. I feel blessed.”

The good news for the Cowboys is Cooper doesn’t want to be anywhere else going forward, feeling his marriage with the Cowboys includes some divine intervention. When asked at training camp in Oxnard, California, if a deal will get done on his No. 1 wideout, Stephen Jones responded with a quick and confident answer.

“We’ll get something done with Amari, for sure,” he said.

The only thing left to do is the paperwork, but it’s going to be on Cooper’s time, and with a new figure attached.