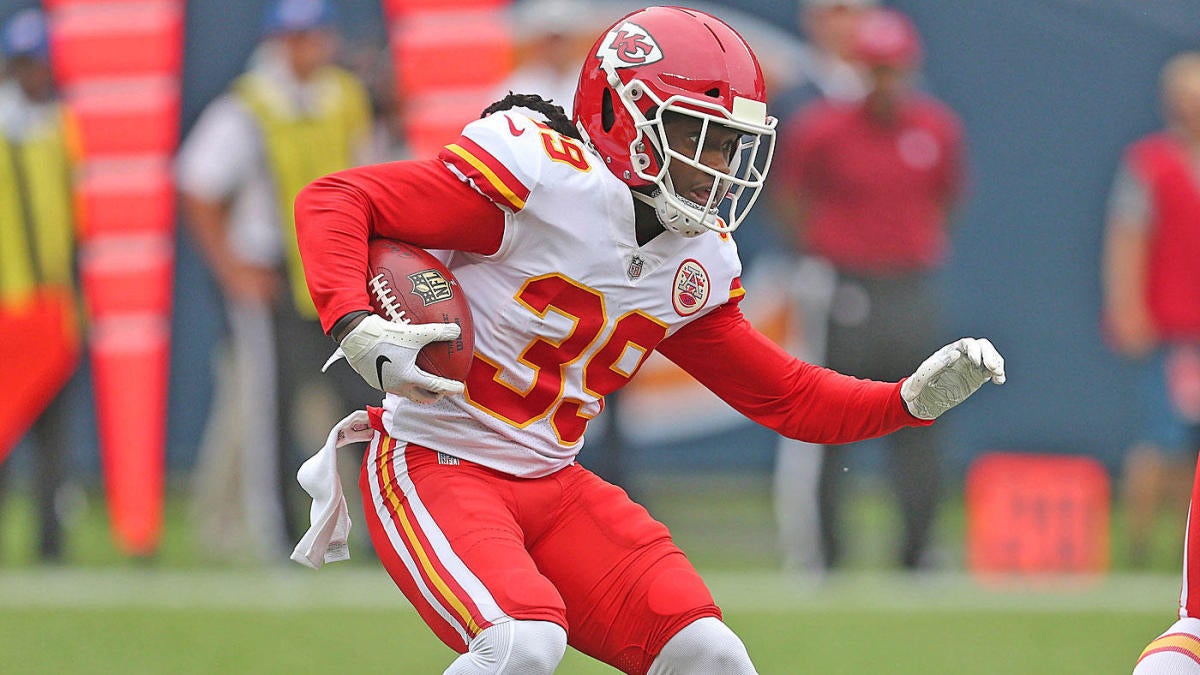 The Kansas City Chiefs are making an interesting position change during training camp, as they are moving one of their speedy cornerbacks to running back.

On Wednesday, cornerback Tremon Smith was seen walking to practice sporting the No. 20, as opposed to his usual No. 39. Reports then surfaced that he had been moved to running back.

Smith was drafted by the Chiefs in the sixth round of the 2018 NFL Draft. The Central Arkansas product served as a kick returner during his rookie season, registering 33 returns for 886 yards. On the defensive side of the ball, he made five combined tackles and one pass defensed.

He’s known for his speed, and ran a 4.3 40-yard dash time in college. The rookie had a special moment in Week 6 last year, when he returned a kick 97 yards against the New England Patriots and was taken down just a few short yards from the end zone. Smith clearly knows what to do with the ball in open space, and the Chiefs want to give him the chance to prove he can add something to the offense.

While the Chiefs cut ties with Kareem Hunt, they still have several viable options at running back. Damien Williams and Darrel Williams stepped up at the end of the season when Spencer Ware went down with a shoulder injury, and the team also added Carlos Hyde in March. Additionally, the Chiefs are working out undrafted rookies Marcus Marshall and Josh Caldwell, and sixth-round pick Darwin Thompson is also in the mix.

Establishing himself on the Chiefs’ depth chart is a tall task for Smith if the team is serious about this switch to running back, but he has proven that he’s a weapon with the ball in his hands.