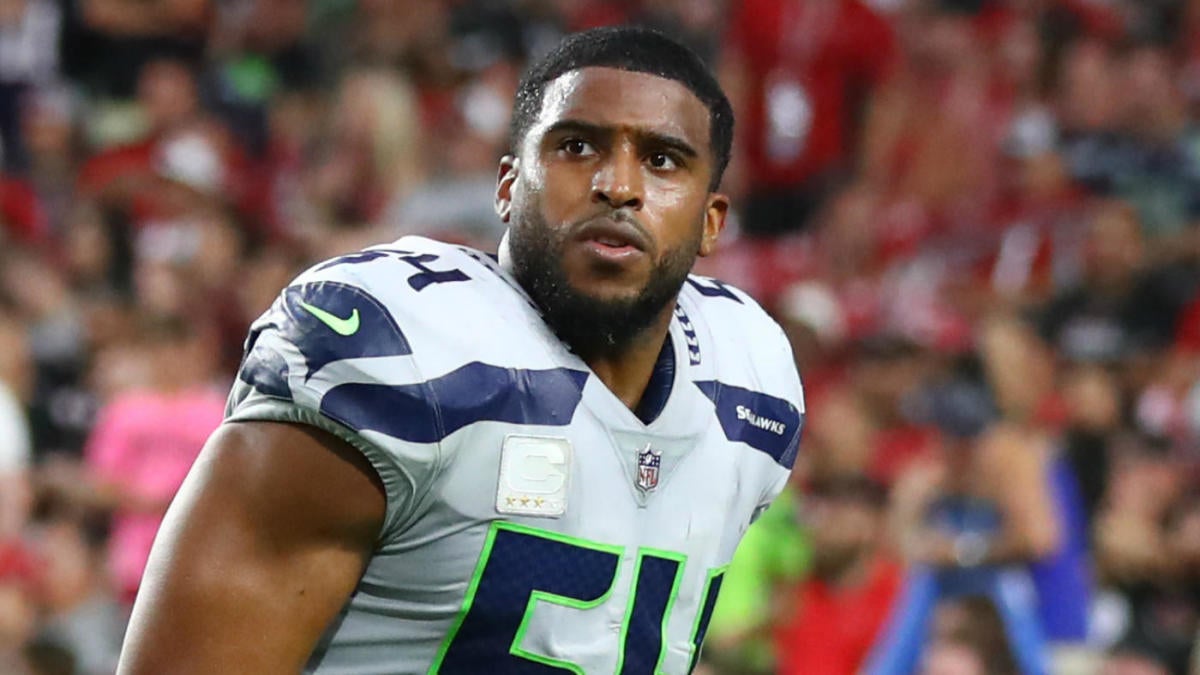 Inside linebacker Bobby Wagner wanted a challenge outside of the football field. It was a factor in Wagner, who was entering the final year of his contract, deciding to represent himself during negotiations with the Seahawks.

Prior to negotiations starting, Wagner was pretty adamant that any new deal he signed had to pay him more than C.J. Mosley’s $17 million per year. Mosley dramatically re-set what had been a stagnant inside linebacker with the five-year, $85 million contract he received from the Jets in free agency this year. Mosley’s deal contains $51 million in guarantees, of which $43 million was fully guaranteed at signing.

Wagner was up to challenge. The five-time All-Pro negotiated a three-year, $54 million contract extension with $40.25 million in guarantees for himself late last week. Not only does Wagner become the NFL‘s highest paid off-ball linebacker (by average yearly salary), he ties Lions defensive end Trey Flowers as the league’s sixth-highest-paid defensive player at $18 million per year.

Quarterback Russell Wilson, who became the NFL’s highest-paid player in April at $35 million per year, was unable to get the Seahawks to deviate from this structure. The second year of Wilson’s contract isn’t fully guaranteed at signing, whereas the second year in most of the NFL’s other big contracts is. The Seahawks were never going to give something structurally to Wagner that wasn’t done for Wilson.

Wagner’s 2020 base salary has Seattle’s customary guarantee vesting schedule. The $10.75 million is guaranteed for injury. It becomes fully guaranteed on Feb. 7. This gives Wagner $35.25 million fully guaranteed essentially within six months of signing, which is the second-most ever in this timeframe for a linebacker who isn’t considered a pass rusher.

Teams like to remain within a structural framework that’s previously been agreed upon for a player in future contracts for him. A player getting a more favorable structure in a successive contract with the same team can be difficult. Wagner’s previous contract had $3.5 million of 46-man per game active roster bonuses; $1 million ($62,500 per game) was in each of the last three years.

The per-game amount is only payable if the player is on the 46-man active roster for that particular game. The primary purpose of this type of roster bonus is to provide a team some financial relief with injuries. Missing the Bears game last season meant Wagner didn’t collect $62,500 of his roster bonus.

Wagner was able to successfully negotiate out the $1 million of game day active roster bonuses that were his 2019 contract year. He also significantly reduced the amount of money in roster bonuses while changing the earning requirements in his new deal. Wagner’s 2020 through 2022 contract years have $250,000 annually ($15,625 per game) for being on the 53-man roster. He would have gotten the $62,500 for the Bears game last season with a 53-man roster bonus instead of the 46-man one that was actually in his contract.

Wagner becoming the NFL’s highest-paid inside linebacker wouldn’t be meaningful with a back-loaded contract. The deal Wagner negotiated for himself has good cash flow.

Wagner’s new money percentages after the first and second new contract years are consistent with the 11 other players that have signed three year contracts or three-year extensions in a contract year averaging $11 million per year or more. Some of the players with such deals are Eagles defensive end Brandon Graham, Chargers cornerback Casey Hayward, Cardinals running back David Johnson, Chiefs safety Tyrann Mathieu and Chiefs wide receiver Sammy Watkins. The collective percentages of the 11 deals at comparable points are 40.3 percent and 69.7 percent.

Wagner would have been a prime candidate to become the first off-ball linebacker since David Harris by the Jets in 2011 to be designated a franchise player had he played out his contract while making $11.5 million. Wagner’s 2020 franchise tag would have projected to $16.92 million under the Collective Bargaining Agreement’s 120 percent of prior year’s salary provisions for such designations. Prior year’s salary is typically a player’s salary cap number for these purposes. By going this route, Wagner would have made $28.42 million through 2020. The $35.5 million in cash through 2020 is almost 25 percent more than beginning to play the franchise tag game. A second franchise tag in 2021 for $20.304 million at another 20 percent increase when approaching 31 would have been less of a possibility.

Transcending the inside linebacker position

Wagner can legitimately be included in NFL’s best defensive player discussion. He is one of two players, along with Rams interior defensive lineman Aaron Donald, the two-time reigning NFL Defensive Player of the Year, to be selected first team All-Pro by the Associated Press in each of the last three seasons (2016 through 2018). Because of this, there had been suggestions Wagner should be paid as a top defensive player rather than an inside or off-ball linebacker.

The notion works better in theory than in actual practice. My experience as agent was the transcending the position argument fell on deaf ears. There is one exception to salary being constrained by position. It’s a long-standing practice that a premium is paid to players who can consistently pressure opposing quarterbacks whether a defensive end, 3-4 outside linebacker or interior defensive lineman. It’s something that started becoming established when I helped Vikings defensive tackle John Randle, who had eight straight double-digit sack seasons, become the NFL’s highest-paid defensive player more than 20 years ago. Wagner isn’t a pass rusher.

The average yearly salary of the five highest-paid defensive players is just under $21.425 million. The average contract length is 5.6 years. Wagner signing for similar money was about as likely as him buying the premise of Mosley’s contract being an outlier and accepting a deal in the $16-million-per-year neighborhood.

Inside linebacker salaries going to a different stratosphere after the market had already jumped approximately 37.5 percent with Mosley from the 2018 benchmark of Luke Kuechly’s $12,359,059 per year would have been a difficult proposition for seasoned agents. Nonetheless, Wagner’s $18 million per year is a 5.9 percent increase over Mosley.

Interestingly, Wagner raised the bar more for inside linebackers in this regard than Wilson did with quarterbacks. Wilson’s got 4.5 percent more than Packers quarterback Aaron Rodgers, who had been the league’s highest-paid player at $33.5 million per year.

The new average yearly salary benchmarks in the secondary also fell short of Wagner’s increase. Titans safety Kevin Byard and Dolphins cornerback Xavien Howard signed extensions averaging $14.1 million per year and $15.05 million per year, respectively, which are less than 1 percent increases over the previous standards at their positions.

Agents shouldn’t be too concerned about Wagner doing a good job negotiating his own contract. Wagner’s deal gives those players who want to represent themselves the impetus to follow in his footsteps, but it’s unlikely he will be the catalyst for self-representation becoming the norm.

Not all players are equipped to handle their own contract negotiations. I suspect most who could aren’t going to be inclined to so do.
It’s much easier for a player to do his own contract as an incoming player because of the rookie wage scale. Self-representation among rookies is a rarity. Although there are very few negotiable items with rookie contracts anymore since there are specific salary parameters for each draft slot, Jeffery Simmons, who was selected 19th overall by the Titans, is the only draft pick to represent himself this year. Only two players, Ravens quarterback Lamar Jackson and Jaguars wide receiver D.J. Chark, signed rookie contracts without an agent in 2018. The 2016 Heisman Trophy winner was the last pick in the first round (32nd overall) while Chark went in the second round.

It will be critical for any veteran player seriously considering self-representation to be able to honestly assess their standing in the game before making the decision. Otherwise, the experience could be disappointing. Upper-echelon players probably have the best chance of being as successful as Wagner in negotiating their own contract.