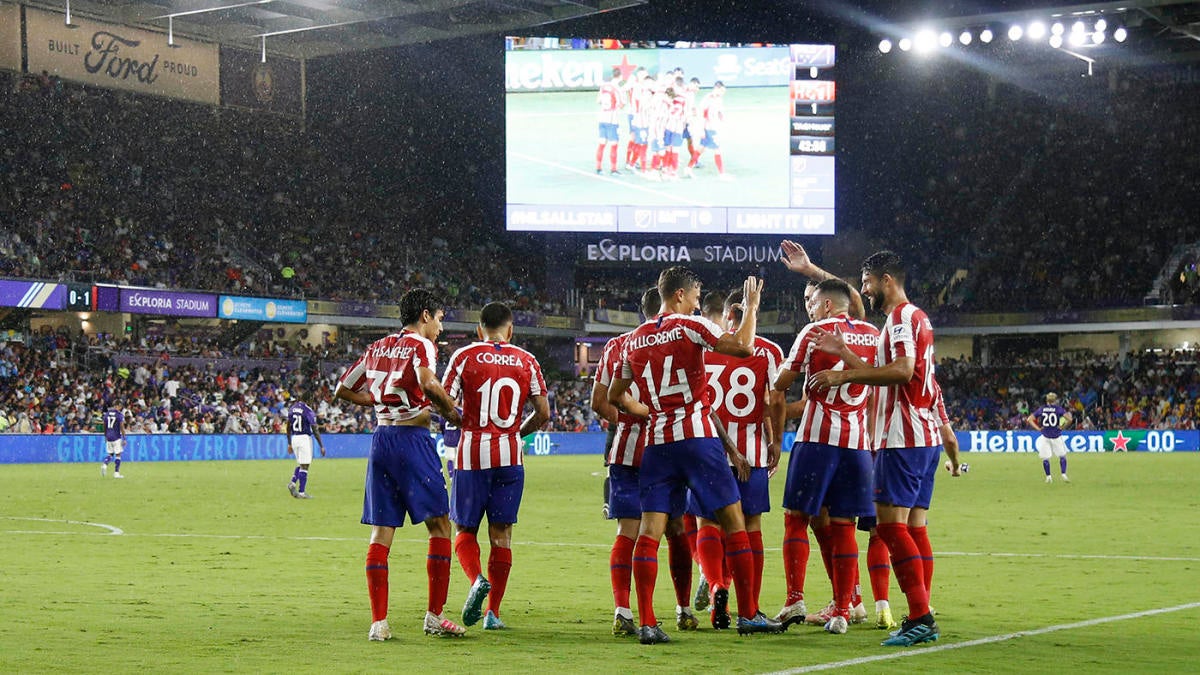 ORLANDO — Atletico Madrid won the 2019 Major League Soccer All-Star Game on Wednesday night underneath the rain as Marcos Llorente, Joao Felix and Diego Costa scored to secure a 3-0 win. With Zlatan Ibrahimovic playing only half an hour and the match delayed due to lightning, it was Diego Simeone’s team that looked like the biggest threat most of the night as Los Colchoneros continued their preparation for the upcoming season.

Atleti had 19 shots, eight on frame, while MLS put only two of its 10 shots on frame, rarely testing the visiting defense outside of a nearly unbelievable goal from Wayne Rooney in the first half.

Llorente, a midfielder who just joined Atleti from rival Real Madrid, scored the opener 43 minutes in, but it was Joao Felix who stole the show. The club’s record transfer from Benfica of $130 million put the game away in the 85th minute with this strike:

Diego Costa then added a strike from close in the final minutes to complete the dominant victory, making it four straight wins for European teams against MLS All-Stars. The last victory for MLS was a 2-1 win over Tottenham in 2015, with losses to Arsenal, Real Madrid and Juventus following before Wednesday’s match.

It wasn’t the greatest of performances from the best in MLS, but with a lack of training time together, it was still a match that provided fun moments, flair from Nani and Carlos Vela and plenty more.

MLS action resumes this weekend with league play, with Atlanta United playing the Los Angeles Galaxy on Saturday. You can see that match at 5 p.m. ET on fuboTV (Try for free).