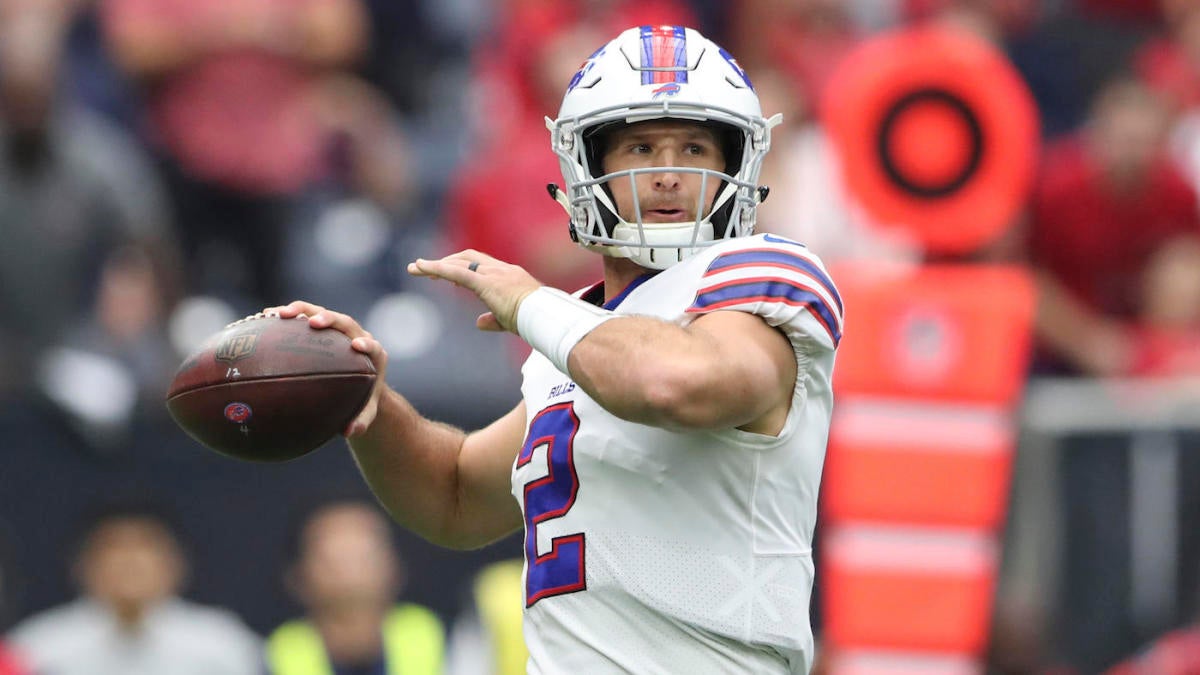 Jon Gruden isn’t one to mince words when it comes to quarterbacks. When asked about the backup quarterback battle between Nathan Peterman and Mike Glennon, Gruden had a surprising confession on Peterman, who has the highest interception percentage for all quarterbacks since 1990.

“This Nate Peterman is growing on me,” Gruden said, via Michael Gehlken of the Las Vegas Review Journal. “He’s athletic. I know he’s got some nightmare performances in the NFL, but when you watch the film you can see why. It’s not all his fault, but he’s got some talent, he’s got some athleticism, he’s got some experience.

“He was an opening day starter for the Buffalo Bills last year. I take that very serious. He’s smart. He’s done a good job. He’s been consistent, and I think he’s starting to get his confidence back. We all need that.”

Peterman has had success in training camp before, winning the backup quarterback job his rookie season, when the Buffalo Bills traded Cardale Jones to the Los Angeles Chargers during the 2017 preseason. Peterman made his NFL debut in Week 10 of that season, going 7 of 10 for 73 yards and a touchdown, earning his first career start the next week.

In 2018, Peterman was the Bills’ opening day starting quarterback and didn’t lead the Bills to a first down until the third quarter. He finished 5 for 18 for 24 yards with two interceptions, finishing with a 0.0 passer rating. The Bills named 2018 first-round pick Josh Allen the starter the next week.

Peterman, a 2017 fifth-round pick out of Pittsburgh, has completed 52.3 percent of his passes in two seasons for 548 yards, three touchdowns and 12 interceptions for a 32.5 passer rating. The Bills released Peterman last November, and the Raiders signed him to their practice squad in December.

Peterman appears to be in line to be the backup quarterback to Derek Carr after he had an impressive minicamp, taking the reins from Glennon as the No. 2 quarterback. Carr has only missed two games in his five-year career, but Peterman looks to be the quarterback that would enter the game if he suffers an injury.

At least in Gruden’s eyes.