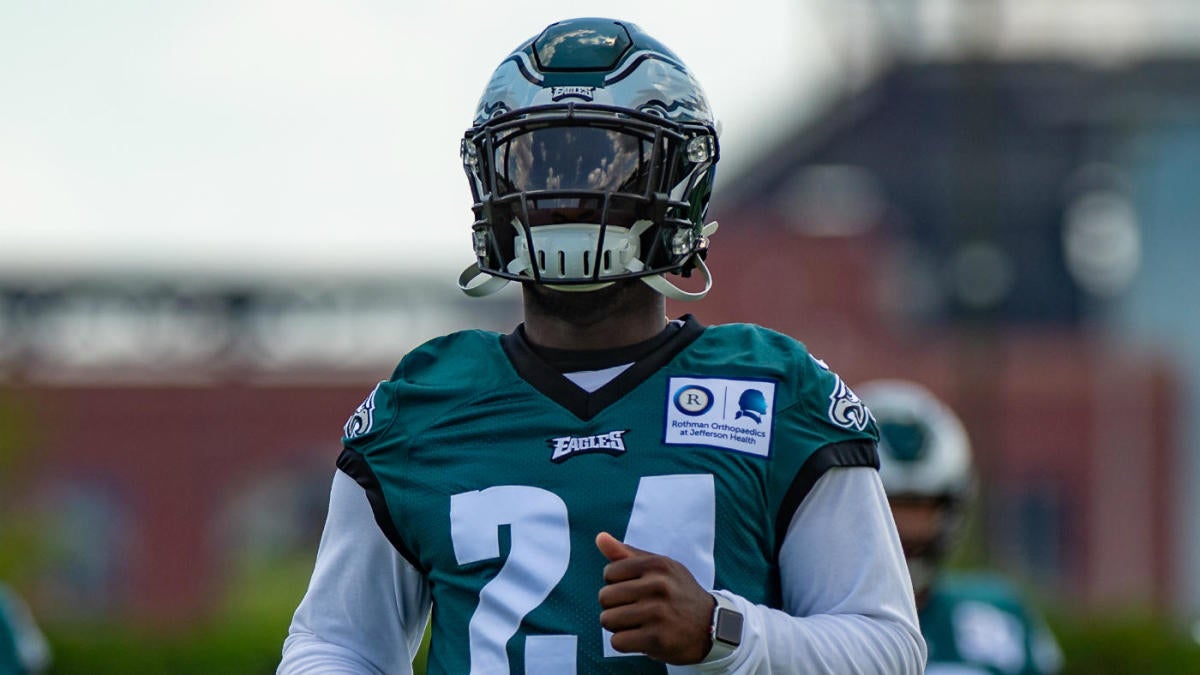 The Philadelphia Eagles were determined to improve their running back group after finishing 28th in the NFL in rushing last season, trading for Jordan Howard and drafting Miles Sanders in the second round (their highest-drafted running back since 2009). Howard immediately improved the Eagles’ rushing attack, becoming the No. 1 running back in the team’s running back-by-committee approach.

Howard won’t be the featured back in Philadelphia, but is expected to see the majority of the carries. Originally thought to be more of a power back, Howard has impressed Eagles head coach Doug Pederson with his pass-catching ability and improvements in the passing game.

“Jordan, he’s quiet, but yet he’s a guy that asks a lot of questions on the field, in the meeting room, takes it from the meeting room to the field, and been pleasantly surprised with him,” Pederson said. “Obviously, what he’s put on tape prior to coming to us is exciting, and he’s fit really well, and we just have to continue to keep him coming with pass protections and techniques.

Howard vowed to improve his pass catching his rookie season and demonstrated that over the last two seasons. He had 20 catches for 145 yards (7.3 yards per catch), not having a drop on the season and a 76.9 catch rate.

It’s easy to see how Howard is overlooked amongst the best backs in the NFL, since he doesn’t provide the highlight reel plays many of the top running backs display. Consistency has been Howard’s game, having two 1,000-yard seasons and being selected to a Pro Bowl in 2016 (his rookie season).

The 2018 season brought forth a new offensive scheme and Howard struggled to make much of an impact in it until late in the season. His first 100-yard game of the year did not occur until Week 14 against the Los Angeles Rams. His only other 100-yard rushing game came in Week 17 against the Minnesota Vikings, when he ran for 109 yards.

Placing Howard in a West Coast-based offense with RPOs didn’t seem like a good fit when Philadelphia traded for him, but Pederson has been making it work. Howard has shown the Eagles he’s more than just a “power back.”

“I think watching him, for me I’m standing behind the offense and just watching his vision, how he can make a back-door cut. He’s a bigger back, so he’s able to kind of pad level down and — he’s powerful. He can push a pile, things like that that kind of — it’s hard to see sometimes on tape,” Pederson said. “But just standing back there watching, he has a good feel for the running back spot.”