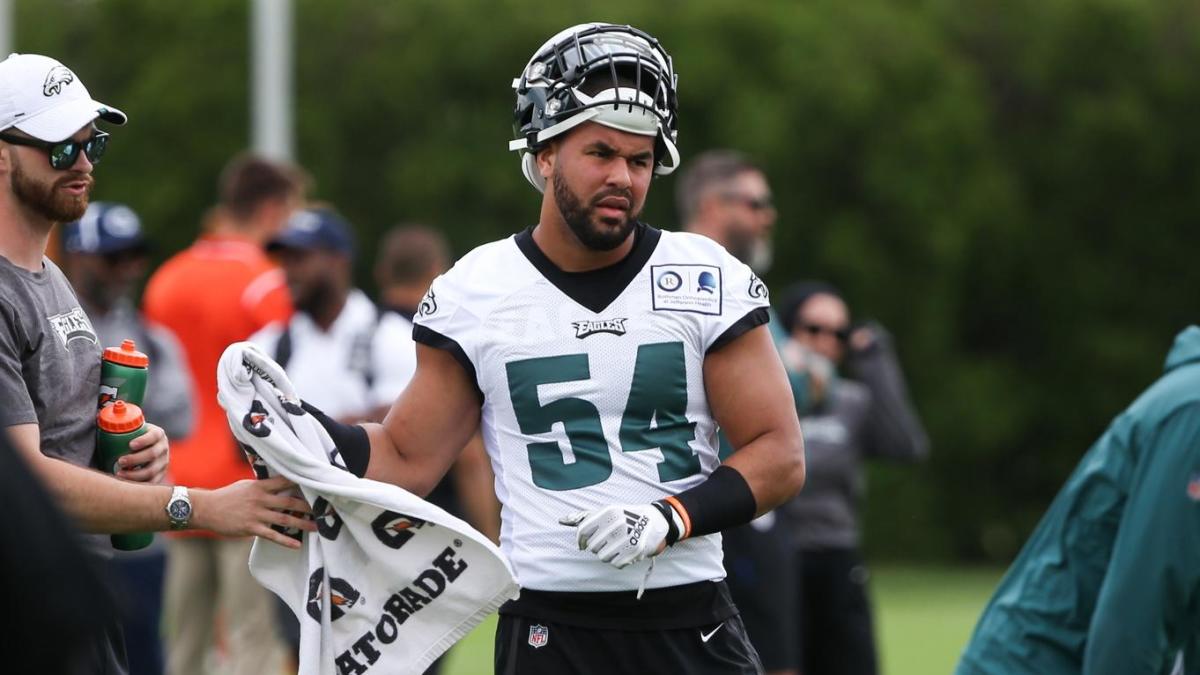 The Philadelphia Eagles signed Zach Brown to fortify their revamped linebacker position, expecting Brown to be paired with Nigel Bradham in defensive coordinator Jim Schwartz’s scheme. Brown has serious competition for the other starting linebacker job in Kamu Grugier-Hill, who is entering his fourth season with the Eagles.

Schwartz hinted Grugier-Hill is on his way toward significant playing time in the Eagles defense, which may come at the expense of Brown. The Eagles put two linebackers on the field 75-to-80 percent of the time to accompany five defensive backs.

“I think Kamu over the course of the last two years has become better versus blockers,” Schwartz said. “He’s become more of a physical presence inside. Everybody knows the athletic ability that he had but he was always sort of considered a hybrid player or a light player. He’s taken a big step to being a full-time linebacker.

“And when I say full-time, I don’t mean being on the field all the time but I mean can play inside, can play outside, can take on a guard, can step up and fill a run play, all those kinds of things. His understanding of the defense is really good too. And that’s one of things about having continuity — even though it’s his fourth year, it’s only his third training camp, just the accumulation of reps helps him.”

Grugier-Hill is in his fourth NFL season, but his third training camp with the Eagles. Originally drafted in the sixth round by the New England Patriots, Grugier-Hill was claimed off waivers by the Eagles in September of 2016 and became a special teams standout.

Grugier-Hill has earned more playing time over the years, developing into a reliable role player for the Eagles. He had 45 tackles, an interception and a forced fumble in 10 starts for the Eagles at the WILL (weak-side linebacker) last year and can play all three linebacker positions. Opposing quarterbacks had just a 68.3 passer rating targeting Grugier-Hill, proving he’s one of the better coverage linebackers in the game.

What’s Brown’s progress in the Eagles’ defense? Schwartz wouldn’t commit on who’s in the lead for the open linebacker job. It’s too soon to make that assumption.

“All of the guys have to be able to cycle through and Zach is in that same boat.”