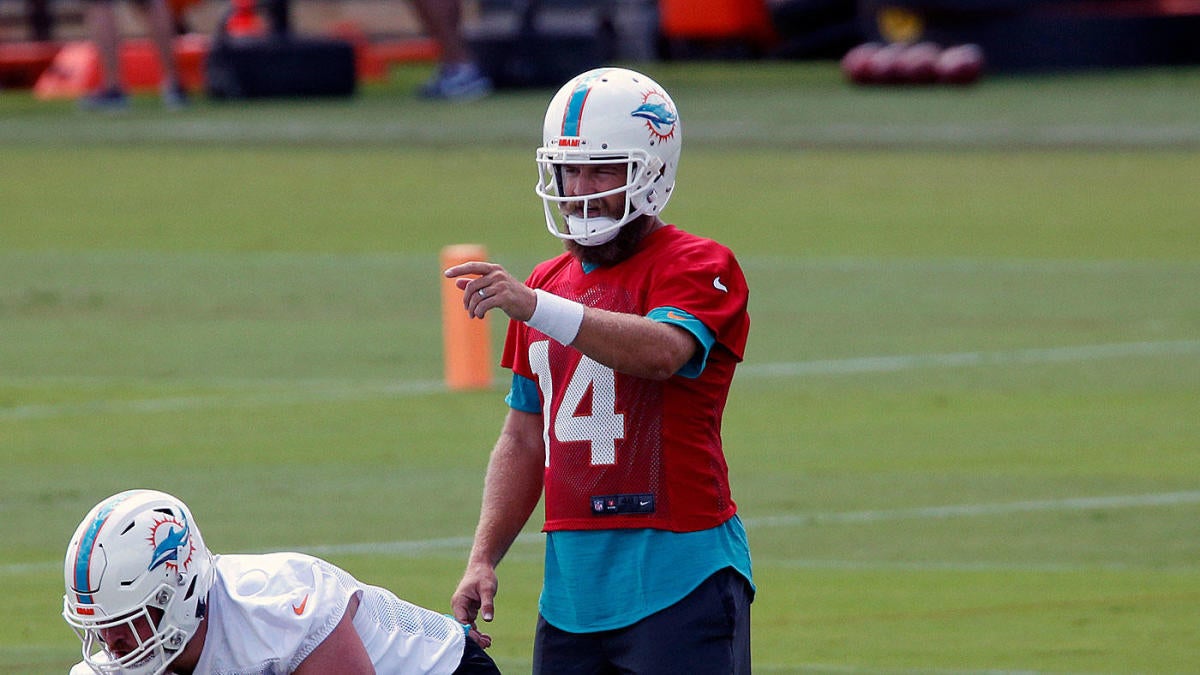 The Miami Dolphins had one of the busier offseasons of any team in the league. They parted ways with former head coach Adam Gase and hired former Patriots defensive coordinator Brian Flores to replace him. They traded former starting quarterback Ryan Tannehill, then signed journeyman starter Ryan Fitzpatrick as a stopgap option. Oh, and they made a draft-day trade for former Cardinals quarterback Josh Rosen, too.

Fitzpatrick and Rosen are competing against each other for the starting job throughout training camp, and according to Flores, one of the two players has distinguished himself with a clear lead: Fitzpatrick.

That’s not necessarily the best sign for Rosen’s hopes. Granted, he was put in about as poor a situation as possible last season in Arizona, but he was also a first-round pick just last year and not being able to beat out Fitzpatrick, who is clearly coming up on the end of his career sooner rather than later (he turns 37 years old in November), would be a disappointment.

The Dolphins did not invest all that much into Rosen and theoretically could move on from him as a potential quarterback of the future as early as next year, when the draftable quarterback class looks like one of the best in recent memory. It’s early yet, and if Rosen figures out a way to surpass Fitzpatrick and succeed on the field, that could change Miami’s plans; but for right now, that doesn’t look like how things are shaping up.