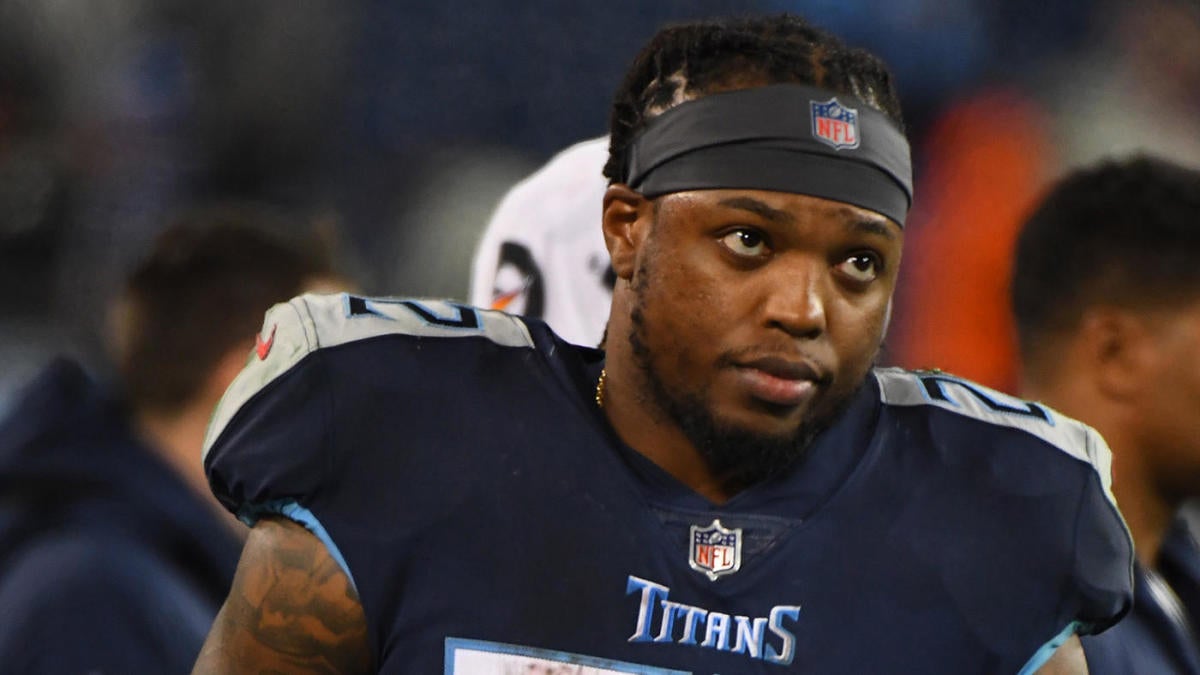 Tennessee Titans running back Derrick Henry left practice early last Friday with a lower leg injury, and was later seen in a walking boot. According to a new report, the injury is not considered serious, and he should return to the field in the near future.

According to Adam Schefter, Henry strained a calf muscle and could be sidelined for two weeks. The Titans are being cautious with their starting running back, who should play a major role in this offense in 2019. Tennessee’s first preseason game takes place against the Philadelphia Eagles on Aug. 8, which makes it seem unlikely that the former Alabama star will play.

The Titans’ second-round pick in 2016 rushed for just 1,234 yards and 10 touchdowns in his first two NFL seasons, but broke out in a big way in 2018. Henry recorded 215 rushes for 1,059 yards and 12 touchdowns, and had several big performances towards the end of the season.

Henry’s coming-out party took place during Thursday Night Football in Week 14, when he went off for 238 yards on 17 rushes, and also scored four touchdowns — becoming the first player in NFL history to record a 200-plus yard and four touchdown game on fewer than 22 carries. He also became the second player in NFL history to record a 99-yard rushing touchdown, in arguably the most exciting play of the 2018 season.

Henry had another big game the following week, when he rushed 33 times for 170 yards and two touchdowns in a 17-0 win over the New York Giants.

The health of their starting running back is going to be a key storyline to watch for the Titans moving forward. Tennessee was able to sign proven slot receiver Adam Humphries this offseason, but this offense aims to establish tempo with the run, and quarterback Marcus Mariota hasn’t proven that he can win games with his arm.