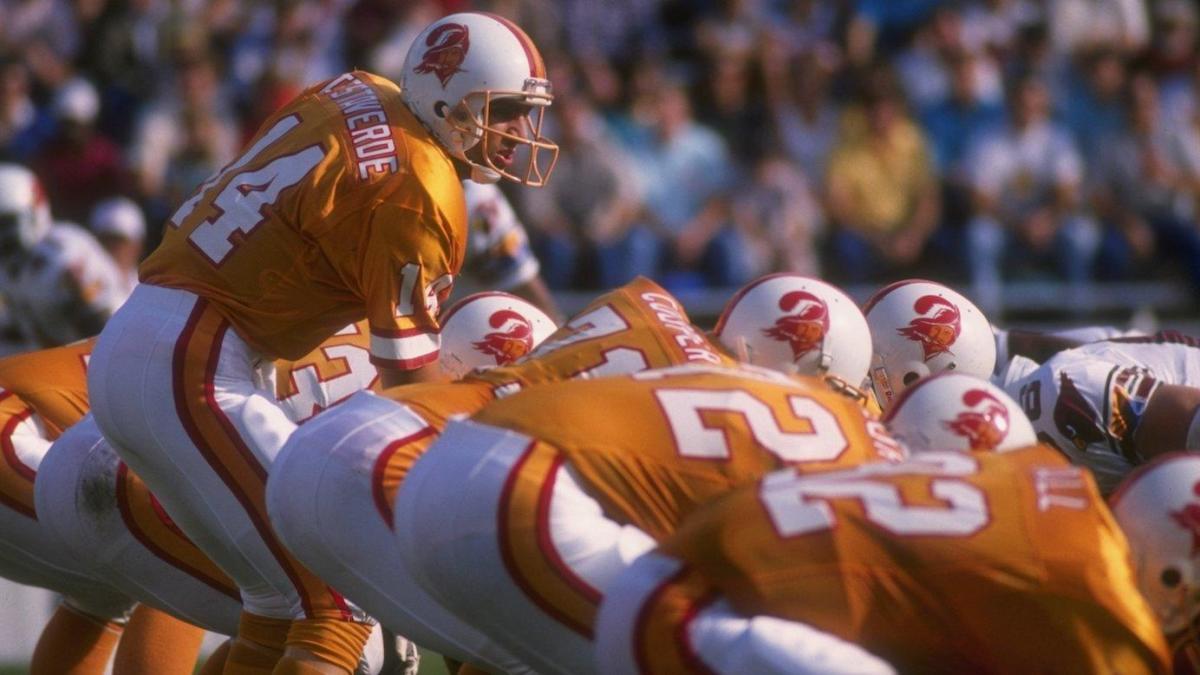 The Tampa Bay Buccaneers are keeping the Testaverde legacy alive, signing quarterback Vincent Testaverde to a contract Sunday. Testaverde is the son of Vinny Testaverde, the Buccaneers’ all-time passing leader who threw for 14,820 yards and 77 touchdowns from 1987 to 1992. Tampa Bay went 24-48 in Testaverde’s 72 starts, as Testaverde completed 52.1 percent of his passes and 112 interceptions. Testaverde was the No. 1 overall pick in the 1987 NFL Draft, playing 21 seasons with the Buccaneers, Cleveland Browns, Baltimore Ravens, New York Jets, Dallas Cowboys, New England Patriots and Carolina Panthers.

Testaverde completed 56.5 percent of his passes for 46,233 yards, 275 touchdowns, 267 interceptions and a 75.0 passer rating (90-123-1 record). The two-time Pro Bowl quarterback is currently 14th in NFL history in passing yards and 16th in touchdowns (sixth in yards and eighth in touchdowns when he retired).

Vincent Testaverde started eight games at quarterback for the University of Albany last season, completing 53.4 percent of his passes for 1,714 yards and 11 touchdowns and 12 interceptions in eight starts. Testaverde played his 2015 and 2016 seasons at the University of Miami after transferring from Texas Tech, where he went 15 of 26 for 116 yards in one game for the Red Raiders. He sat out the 2017 season due to the NCAA transfer rules.

The Buccaneers already have four quarterbacks on the roster in Jameis Winston, Blaine Gabbert, Ryan Griffin, and Nick Fitzgerald, who signed with the team as an undrafted free agent in May. Testaverde’s odds toward making the roster appear long, but he’ll get an extended look with the Buccaneers in training camp and the preseason.