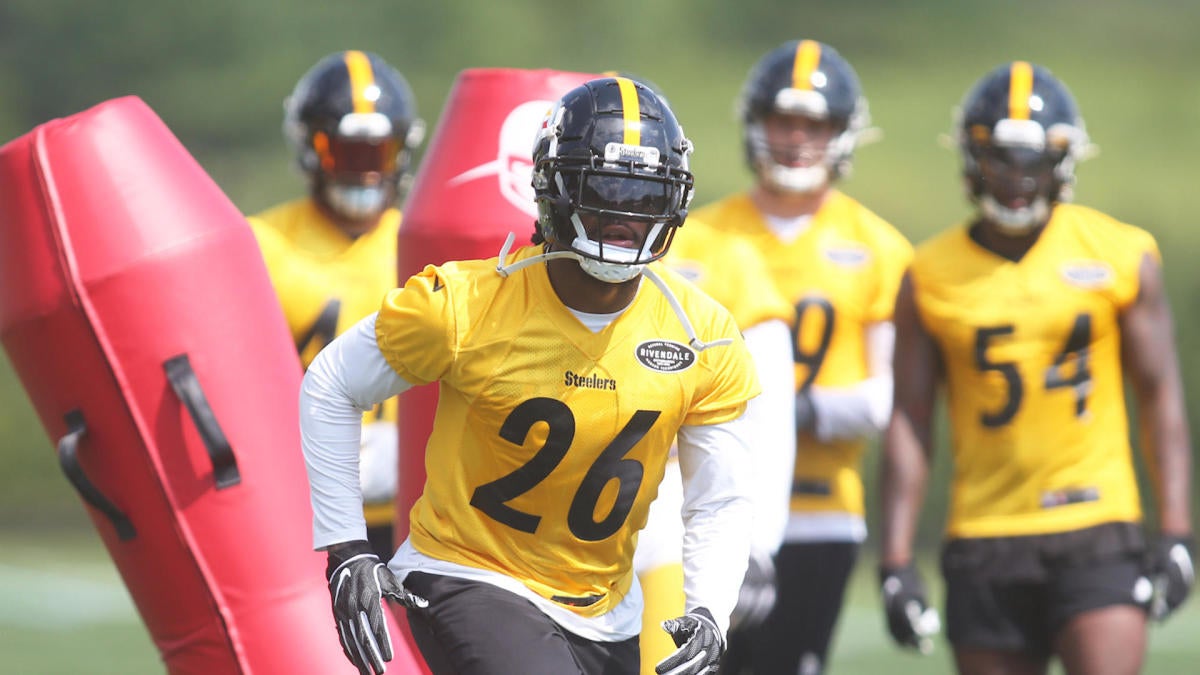 LATROBE, Pennsylvania – In any given year you could count on Antonio Brown and Le’Veon Bell to contribute a combined 3,500 yards or so from scrimmage, roughly 25 touchdowns and too many explosive plays to keep track of. And, well, a countless number of meltdowns, flare-ups, or expressions of unusual behavior as well.

Now that all of it is gone from Pittsburgh – the drama, the grand entrances the passive-aggressive interactions and the propensity to literally leave the team from time to time, to say nothing of all of that game-day production – a very different version of the Steelers prepare for the 2019 season in the early days of training camp at St. Vincent’s College. Two of the most explosive players ever to don the iconic black and yellow of one of football’s most storied franchises are gone, with the Steelers banking on others filing the void and creating a very different energy and chemistry after the locker room fractures of recent years.

It’s a gamble, to be sure, with no shortage of players, coaches and staff eager to let you know how altered the vibe is here now, without the antics and contract squabbles and shenanigans of previous camps (Brown, you may recall, went AWOL from the dorms here around this time a year ago, in what would become a motif for a season in which the Steelers blew a division lead and missed the playoffs entirely). Whether or not it results in the high-powered attack Steelers fans have become accustomed to remains to be seen, or a return to the playoff standard that ownership expects, remains to be seen, but things do seem a little more placid, and perhaps, unified, than some recent summer trips to Western Pennsylvania.

“Every team is new and every group forms their own dynamic as we move from practice to practice to game,” general manager Kevin Colbert told me. “So I think that is still forming. When you talk about the production, when you look at he running back position last year to the year before … it was roughly 150 yards less than what the position gave us the year before ..

“And sure, anytime you move on from a player that gave you 100-plus catches, who will be that other person? Someone else will be. I’m pretty sure that (quarterback) Ben (Roethlisberger) will have close to the same number of completions and close to the same number of touchdowns and it will probably be a different breakdown. And I don’t know what that is, because beyond Ju Ju (Smith Schuster) no one else has been a starter for the Pittsburgh Steelers. So we don’t know. I don’t know the rest of that group …”

If nothing else, it feels like everyone has exhaled around here with some of the bigger, more out-spoken personalities no longer around. “That (stuff) didn’t just start last year,” one team source said of the inter-personal collapses of last year. “A lot of that stuff has been going on for years. I don’t even know if AB had a dorm room here. There were problems for a while between certain players, but the difference was it never got into the street before. That’s the difference, and once that happened the whole thing went the wrong way.”

The difference, also, is that the team stopped winning, and winning, as you’ve long heard, cures everything. With the AFC North perhaps much improved from this time a year ago, 2019 might prove to be a challenge. There is certainly more short-term pressure than in years past, and more long-term questions (starting with the below).