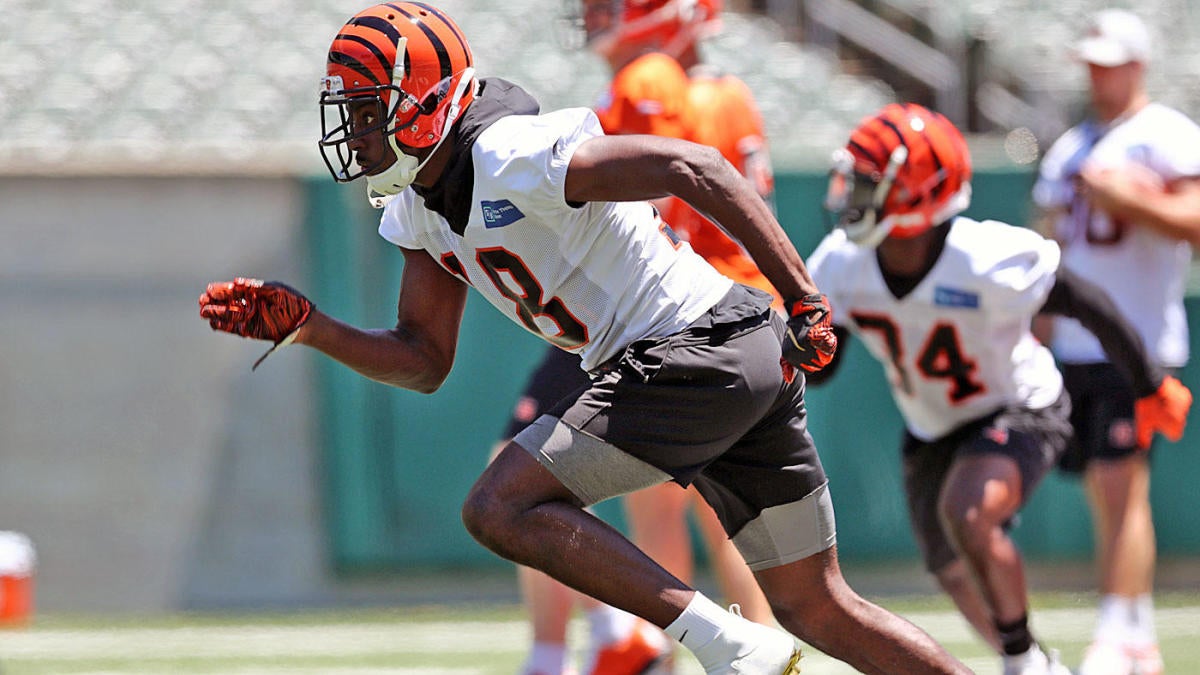 The Bengals were fighting an uphill battle to be a contender this year already and things just got much tougher for Cincinnati with the news that A.J. Green will miss between six and eight weeks with a leg injury that occurred on Saturday at training camp.

Green suffered what was originally believed to be a sprained ankle when he was carted off the field at Dayton University on Saturday. However, an MRI revealed more damage than originally expected and now Green is almost certainly going to miss the entirety of the preseason.

In fact, per Ian Rapoport of NFL Media, Green’s status for the Week 1 opener is “in doubt.”

Cincinnati’s Week 1 matchup in Seattle is almost exactly six weeks away, and it’s possible that Green could miss up to a full eight weeks, which would mean the injury lingers into the regular season.

Green is in the final year of his contract, and there was some debate about what the Bengals would do with Green. Certainly now any contract talks are in a holding pattern until they find out what the receiver’s status is moving forward.

Making matters worse is the status of the field Green was playing on. According to Albert Breer of The MMQB, there was concern from Bengals staffers about the quality of the field they practiced on Saturday. However, ESPN reports the team ultimately cleared the field for action.

Originally the team was slated to practice at Triangle Park, the location of the first ever NFL game, in Dayton to help celebrate the NFL’s 100th-anniversary season. They were going to build a big facility there for the Bengals as part of it. However a Native American group pushed back on it because the location was on top of an old burial ground.

The NFL wanted the team to be in Dayton anyway, so the Bengals went to the University of Dayton’s stadium. Per Breer, “several Bengals staffers were frustrated” about Green getting hurt because they believed the field was “subpar” noting that “players were sliding all over the place” and there were “pebbles lodged into the turf.”

Fortunately only one player was hurt. Unfortunately that player is Green, who was slated to play a huge role as Andy Dalton’s primary target in Zac Taylor’s new offense. Now Dalton will have to rely on Tyler Boyd, who recently signed a new deal with Cincinnati.

Boyd is an ascending young receiver and a dynamo out of the slot. However, as noted by Evan Silva of Establish the Run, Boyd was substantially more productive when Green was on the field last year than when Green was hurt.

Looking at just games when Dalton played — and not Jeff Driskel — the numbers are equally concerning, although it’s a very small sample size in both cases.

The Bengals’ first four weeks of the season, which feature three road games, was going to be hard regardless of who was healthy. If Green isn’t ready to go by the start of Week 1, it’s going to be an extremely hard stretch of games.

And this injury puts hypothetical contract talks into a weird place. A tough season just got much tougher.