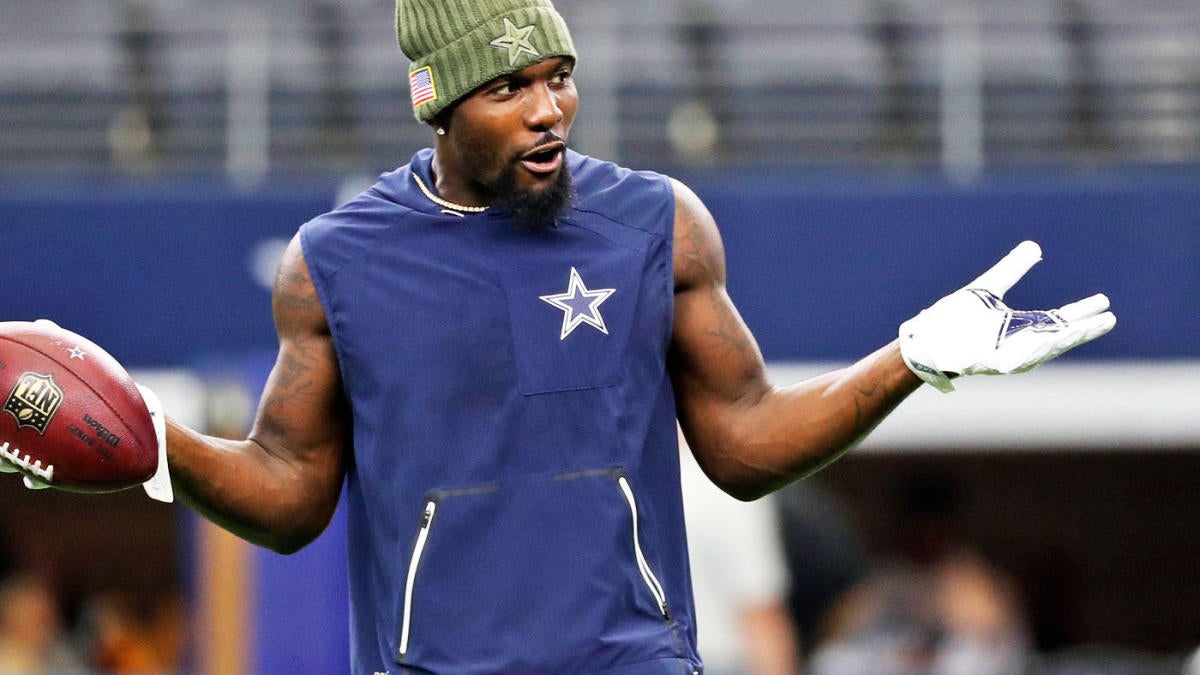 It has not been a good week to be a New York Giants wide receiver. On Thursday, slot man Sterling Shepard suffered a fractured thumb during practice, putting his status for Week 1 in jeopardy. (For what it’s worth, Shepard feels he will be ready.) On Friday, it was revealed that presumptive No. 3 wideout Corey Coleman had suffered a torn ACL during the same practice, presumably knocking him out for the year. And on Saturday, likely No. 1 receiver Golden Tate revealed he had been suspended for four games, pending appeal, as a result of a violation of the performance enhancing substances policy.

The Giants are now looking at potentially beginning the season with Cody Latimer, Russell Shepard, Bennie Fowler, Alonzo Russell, and fifth-round pick Darius Slayton as their wide receivers. That’s not really tenable for a team that plans on presenting an actual NFL offense, so it seems likely that the Giants will have to at least check in on the free-agent and trade market to land another wideout.

We’ve put together a list of 10 receivers the Giants could realistically turn to if they want to boost their falling-apart depth chart at the position. According to the salary-tracking website Spotrac, the Giants have just $6,376,759 in room under the cap, which knocks some potentially attractive trade options like Kenny Stills and Nelson Agholor out of the running. The Giants could of course create my room by releasing or trading someone themselves, or re-structuring a contract, but for the purposes of this exercise we are going to stick with the $6,376,759 figure.

Given that constraint, here are the likely options available to them.

Benjamin seems like the mostly likely target, even if only because he is readily available and has a connection to the Giants through Dave Gettleman, who was the general manager for the Carolina Panthers and made Benjamin a first-round pick back in 2014. Benjamin was traded from Carolina to Buffalo during his fourth NFL season, and it’s notable that the braintrust there included two former Panthers employees in general manager Brandon Beane and head coach Sean McDermott. Benjamin has not been a very efficient wide receiver during his career, but he is a big body and has experience as a starter, which is more than can be said for some of the available trade options.

The Giants are obviously familiar with Bryant’s work, given that he spent the majority of his career lining up for the division rival Dallas Cowboys. Bryant recorded 64 catches for 1,000 yards and seven scores in 15 career games against New York, helping the Cowboys to a 9-6 record in those contests. The last time we saw Bryant on the field, he was not nearly his best self — and that was before he was released as a cap casualty last offseason and then tore his Achilles during one of his first practices with the New Orleans Saints. Bryant has been posting videos of himself looking healthy while running, though, and perhaps he’d cherish the chance to stick it to the Cowboys by signing in New York.

Crabtree took a step backward the last two seasons in Oakland and Baltimore, but has been a solid option as a possession receiver for quite some time now. He’s also missed just two games over the past five seasons, perhaps making him the most attractive option out there on the free-agent market, because the Giants can’t afford whomever they acquire ending up on the sideline like their top three guys.

Garcon had an excellent track record in Indianapolis and Washington, but injuries limited him to eight games in each of the past two seasons, and he fell behind less experienced wideouts in the pecking order in San Francisco. Like Crabtree, he has been a solid possession receiver throughout his career, but he does not have the health and recent performance working in his favor like Crabtree does.

Nelson ended up the odd man out in Green Bay last offseason as the Packers looked to go younger at wide receiver, and it happened again this offseason with the Raiders brought in Antonio Brown and Tyrell Williams. He was a solid enough option for Derek Carr last year, doing his usual work over the middle and in the red zone. He’s been able to suit up for 46 of a possible 48 games since his ACL tear, so health seems less of a concern than it is for Bryant or Garcon.

Smith has fallen off hard in recent seasons and is currently on the non-football injury list in Carolina, but he has experience providing deep speed over the top for plenty of offenses. He’s also presumably not going to be a factor in the Carolina depth chart this year, given that they look to be relying on players like D.J. Moore, Curtis Samuel, Jarius Wright, and Chris Hogan instead.

Treadwell has done almost nothing at the NFL level since the Vikings tabbed him with their first-round pick back in 2016. He has just 56 catches for 516 yards and one score in three seasons. Headed into the final year of his rookie deal, he does not appear to be part of the Vikings’ future. But he is a former first-rounder who is still just 24 years old, he has excellent size, and the Giants were reportedly interested in him back in 2016. That was a different front office, but Gettleman has shown an affinity for similar receivers like Benjamin and Devin Funchess in the past.

Ross was a total non-factor as a rookie and only slightly more impactful last year. He did score seven touchdowns, but the likelihood of one-third of his receptions turning into scores every year is incredibly low. The Bengals may not be ready to give up on the speedster just yet, but it’s certainly worth checking in on him just to make sure.

Every summer, we hear all about how great DeVante Parker looks in Dolphins camp. And then every season, Parker disappoints on the field. The talent is there for Parker to make an impact, but nobody has been able to tap into it just yet. Perhaps he needs a change of scenery, with a new coach and coordinator and quarterback throwing him the ball.

Taylor looks like he may be the odd man out in Tennessee, what with Corey Davis as the No. 1, Adam Humphries coming in to man the slot, A.J. Brown needing looks as a second-round pick this year, and Tajae Sharpe supposedly looking good during the offseason program. Taylor replicates a lot of the skills brought by both Shepard and Tate, but the Giants have already shown a willingness to have duplicative skills on the roster, so he might make some sense anyway.