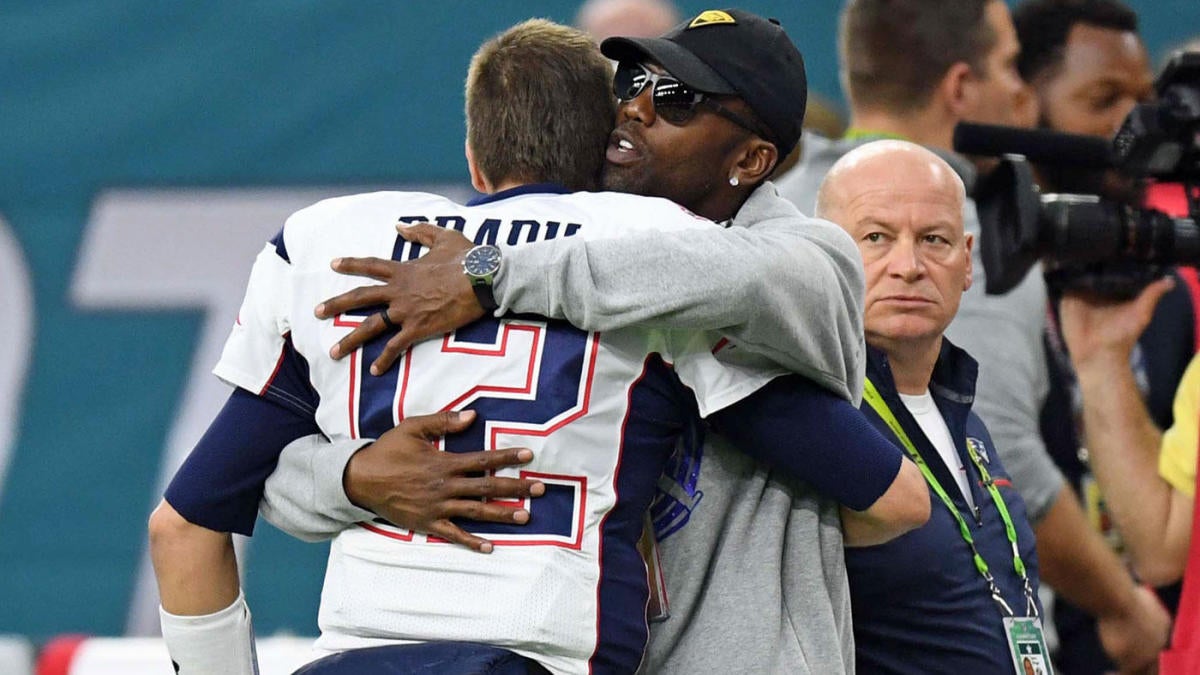 Randy Moss was a surprise guest at Patriots training camp at Gillette Stadium on Saturday.

The 42-year-old Moss and nearly 42-year-old Brady brought back memories of their time as a quarterback-receiver duo. In 2007 their talents combined to make history, when Moss caught Brady’s 50th touchdown pass of the season, an NFL record at the time.

Moss and Brady picked up where they left off while playing catch at camp.

If the Patriots need another wide receiver they know who to call.

When asked why he showed up at training camp Moss said, “I specifically came back just to show some support to the New England Patriots.” He wanted to see a few “familiar faces” and catch up with coach Bill Belichick as well as some players on the team. He noted that he planned to see “Tom, Mathew Slater, Edelman.” Moss played with all of them during his time with the Patriots.

With Rodney Harrison being inducted into the Patriots Hall of Fame on Monday some suggested he was here for that, but Moss said he was there to just be “around the boys.” Moss, a reporter for NBC Sports, said his job revolves around football, so he wanted to be around the sport, and training camp is the perfect place to do that.

Moss did have high praise for Harrison crediting him as one of the main reasons the team went undefeated in the 2007 regular season. He said Harrison was the first defender to really challenge him at training camp and he will always have the upmost respect for him and “cherish” the time they spent together.

The former Minnesota Viking said before playing with Harrison he followed his career but says, “You don’t get to know a person until you finally become teammates.” He said anyone on the Patriots who played with Harrison would vouch of the skill and leadership the safety brought to the team.

Moss spent 2007-2010 with the Patriots and retired the first time in 2011 only to come back and play one more season with the San Francisco 49ers. He officially hung up his cleats in 2012.