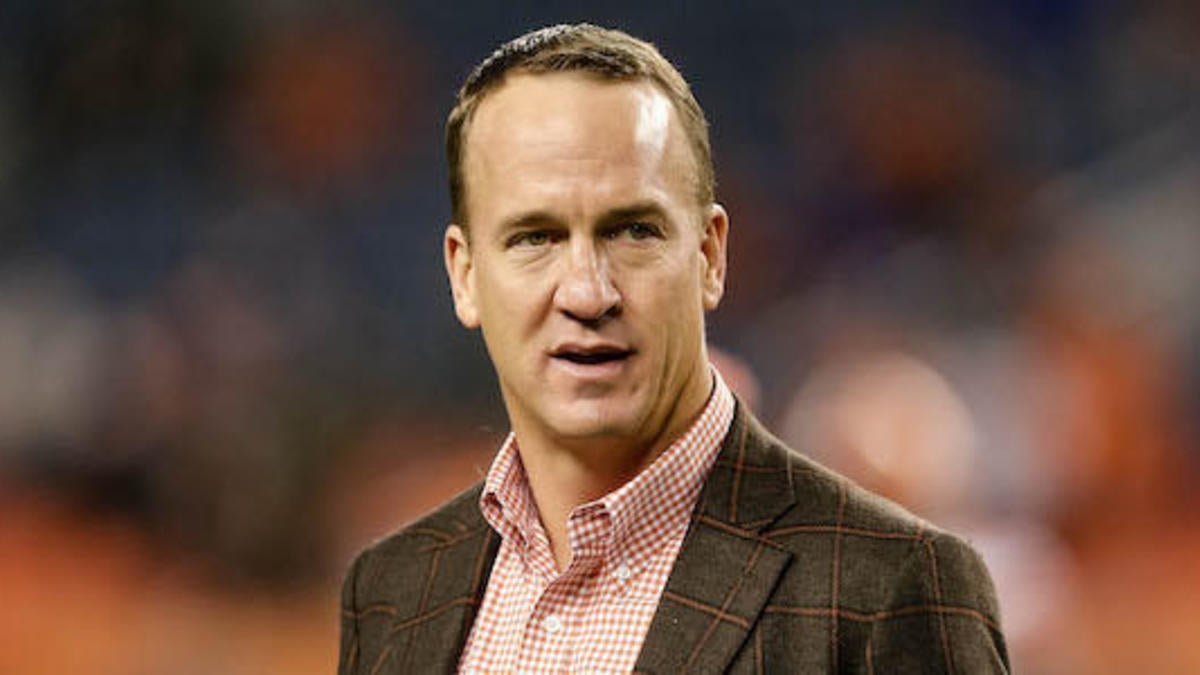 Peyton Manning returns to Lucas Oil Stadium, a spot where he spent so much time during his career, this time to hang out with some fans.

Standing next to his own statue, the future Hall of Famer walks up to unsuspecting people to ask if they want to play catch.

The former Colt spent his time in Indianapolis throwing to Pro Bowler like Reggie Wayne, Marvin Harrison and Dallas Clark, but is now tossing the pigskin to stadium-goers.

A fan bearing the “Wayne” name on the back of his jersey clocks some decent stats, making back-to-back catches.

An impressed Manning says, “You guys make a quarterback look good” before the Reggie Wayne stand-in drops a pass. “Spoke too soon, I guess,” the 43-year-old jokes.

After playing catch with the lucky fans Manning offers them a signed football, along with some autographs tips. “Brand new footballs are hard to sign with a black marker,” Manning said, adding that he has become an “expert on the Sharpie” over the years.

In his funny Manning way, the QB jokes that they can sell the footballs online “for $10,” but the fans say they plan to keep the souvenir.

Manning played for Indianapolis from 1998-2011. He announced his retirement in 2016 after winning Super Bowl 50 with the Denver Broncos, but proves he’s still got it, or at least got it enough to impress Colts Nation.