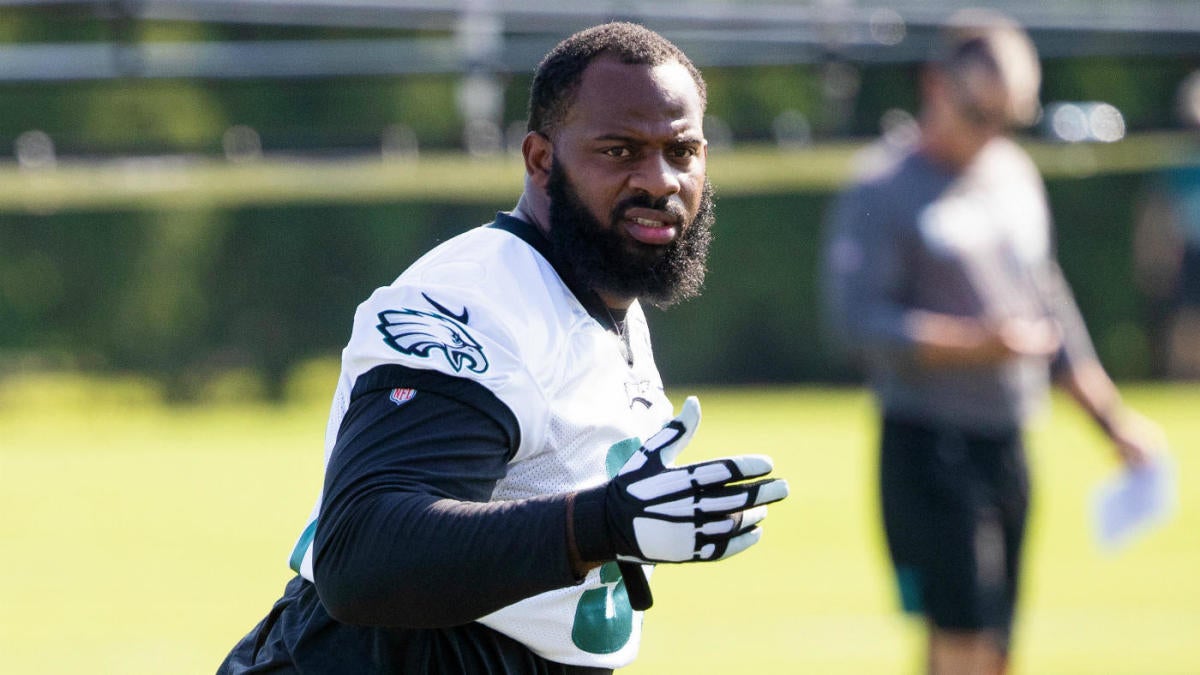 PHILADELPHIA – There is so much to like about the Eagles, a popular Super Bowl pick in these early days of training camp. And for good reason, as they round into superior health and are brimming with experience and confidence.

For all of the talk about the additions on the offensive side of the ball, through free agency and the draft, the position group that intrigued me most on my visit there was the defensive line. Few coaches demand more from the guys up front than Eagles coordinator Jim Schwartz, and few coaches require as much depth in their rotation. He won’t blitz much, meaning a heavy onus falls on this group; I expect them to be among the best in the NFL and a key reason why the Eagles very well could be playing in February again.

Chris Long and Michael Bennett are gone, but Fletcher Cox is the bet defensive tackle in the league not named Aaron Donald, and he told me he is getting very close to a full return to drills from his offseason foot surgery. Timmy Jernigan is healthy again and Brandon Graham is much healthier than he was at this time a year ago. Malik Jackson adds bite and size in the middle of the defense and Vinny Curry was a shrewd pick-up to add pass rush depth; he already knows the system inside and out from his first stint here. Derek Barnett, 2017 first-rounder, is coming into his own.

“I say it all the time to our players: the defensive line is the engine that runs this defense,” Schwartz said. “Those guys embrace that. They know they have to set the tempo for our team being physical, swarm around the quarterback, chase the ball, all those different things.

“But I think every team is a little bit different. I don’t necessarily view one as better than the other. Everybody has a little different strengths and weaknesses. It’s great to have Timmy back. That was one of the guys, that was the first question last year, when is he going to get back on the field. It was a tough time for him last year. Starting from the very first play yesterday, you felt his presence on the field.

“Malik, it took Malik half a minute to understand what we were doing on defense. He’s a tough out. He’s so long and big in there. He’s a really good pass-rusher in there. You get a guy like Fletch and Derek Barnett back. A healthy [Brandon Graham], he wasn’t practicing this time last year. I’m very optimistic where we can go.”

Even with Cox not yet able to fully practice, his presence was felt on the practice field walking around drills and serving as a sounding board for Jackson, the former Jaguar and Bronco who could prove to be a massive acquisition.

The best teams in this league are built from the inside-out, and this looks like one of them. The offensive line is back from various injuries — left tackle Jason Peters still casts an imposing figure at left tackle — and if this defensive line can avoid the rash of injuries from a year ago, it will be among the league’s best. The resources spent there should be richly rewarded.

I am on board with the Carson Wentz MVP hype. Not that he wasn’t always in great shape, but he looks incredibly lean and agile this summer. Unencumbered by a knee brace, he was slinging the ball all over the place at the practice I observed.

There is so much multiplicity and versatility in his assortment of receivers and tight ends, and with a forward-thinking head coach, the sky is the limit on offense. DeSean Jackson will have a big year toggling between the slot and the outside, and when the Eagles go empty with him and Nelson Agholor in the slot on the opposite side, it looks formidable. The buzz about second-year tight end Dallas Goedert is greater by the day. He was flashing all over the place, and is another chip that can be moved all over the field.

Next hot name in coaching carousel?

The Andy Reid coaching tree is something else. It’s startling to think how many bright, innovative, successful coaches he has fosters, and going from watching Reid-disciple John Harbaugh in Baltimore, to Doug Pederson 12 hours later take command of a practice in Philadelphia, it really stands out. Sean McDermott has done a great job in Buffalo, Matt Nagy is off to a great start in Chicago, Jon Gruden is trying to turn around the Raiders and the list goes on and on.

Pederson’s tree sprouted Frank Reich, who is killing it in Indianapolis, and look out for Press Taylor’s name to be hot this January. The Eagles QB coach is being groomed for big things, his brother Zac was named Bengals coach this year and he very well could be in demand if the Eagles have the kind of Super-Bowl season many envision.

I asked Cox if he ever allowed himself to ponder what his life might be like if he was not playing at the same time as Donald. Must be what like other elite defensive linemen felt like back in the day when former Eagle Reggie White was wreaking havoc.

“My time is coming, but Aaron is a great player,” Cox said. “I talk to Aaron a lot and we share some things together. We talk about life and we talk a little football, but other than that I’m happy for him and he’s happy for me. We both are young in our careers and we just go out and try to get better each day.”