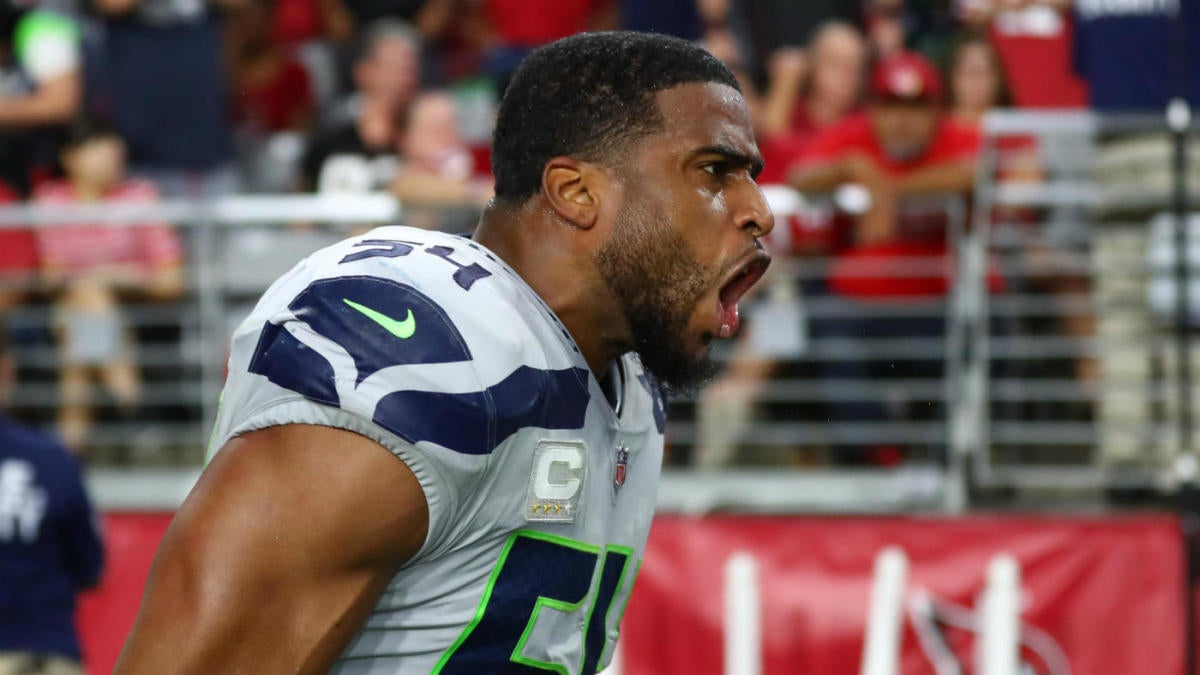 Seahawks linebacker Bobby Wagner could have held out of training camp this year, but he showed up this week with an expectation that a new contract would get done and that’s exactly what happened on Friday.

Wagner and the Seahawks have agreed to terms on a three-year extension that will make Wagner the highest paid inside linebacker in the league. According to NFL.com, Wagner’s new deal is worth a total of $54 million and includes $40.2 million in guaranteed money.

“I’m really excited to have this done, excited that I get to be a Seahawk for a long, long time,” Wagner said in a statement. “Like I’ve always said, I want to play my entire career here, and I feel like today is a step toward that.”

The extension is worth an average of $18 million per year, which isn’t a coincidence. When CJ Mosley set the financial bar for inside linebackers with a contract worth $17 million per year back in March, Wagner made it clear that he wanted to top that.

“I mean, the number is the number, the market is the market,” Wagner said in May, via the Seattle Times. “That’s the top (of the) linebacker market. That is the standard. And so that is the plan to break that.”

Wagner had been headed into the final year of his contract before the two sides agreed to the new deal on Friday. The 29-year-old’s previous contract would have paid the linebacker a total of $10.5 million this season.

Although holdouts have been popular this year — just ask the Chargers and Cowboys about that — Wagner showed up on time for training camp this week, but with one catch: He didn’t participate in practice.

As the defensive leader for a team that often leans on its defense, everyone on the roster is well aware of Wagner’s importance to the team. After Friday’s practice, Russell Wilson even went out of his way to mention that Wagner deserves to be the highest paid linebacker in the NFL.

“I’ve talked to Bobby (about his contract situation),” Wilson said, via the Seattle Times. “. …he deserves to be the highest-paid linebacker. There is nobody better in the game, that’s just the honest truth.”

Melvin Gordon would probably have loved to get that kind of support from his quarterback.

“He’s done great things, he’s put up all the stats, he’s done all the things,” Wilson said. “I think he will get taken care of. I have all the confidence it will work out. We need Bobby Wagner.”

Wilson also got a huge extension this offseason and Seahawks general manager John Schneider sounded pretty excited to have his biggest offensive star and his biggest defensive star both signed to long-term deals.

“Those are two pillars that we want to build a young football team around,” Schneider said of Wilson and Wagner. “That was a primary goal for us as we entered the offseason, and knowing that we’re going to be a young football team with great leadership on both sides of the ball — Bobby, K.J. [Wright] and Russ — that’s big for us.”

Since being selected during the second round of the 2012 NFL Draft out of Utah State, all Wagner has done is dominate. In seven NFL seasons, not only has Wagner been voted to five Pro Bowls, but he’s also been named a first-team All-Pro four times.

Wagner was so good during the Seahawks 2014 season that he actually earned an MVP vote from Tony Dungy. In 2016, Wagner recorded a franchise record 167 tackles. The new deal means that Wagner is now under contract with the Seahawks through the 2022 season.