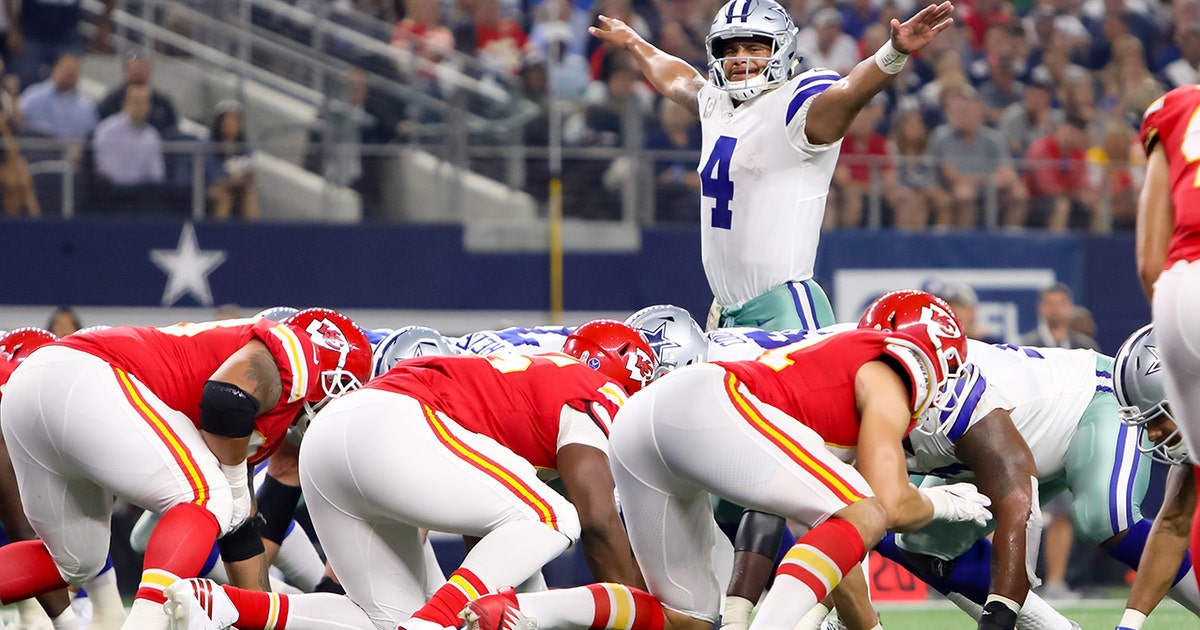 Nothing has stirred a debate this NFL offseason like the future of Dallas Cowboys quarterback Dak Prescott.

At his roughly $2 million salary in the final year of his rookie contract, Prescott might be the biggest bargain in the NFL. He has led the Cowboys to winning records in each of his three seasons, and his numbers compare favorably or better to any quarterback not named Tom Brady. Prescott has more rushing touchdowns (19) and game winning-drives (15) than anyone, and his 32 wins are second only to Brady.

Yet in the discussions surrounding his next contract, which could vault him into the $30-million-per-year stratosphere of the NFL’s elite quarterbacks like Brady, Aaron Rodgers and Russell Wilson, there is debate not only about how big a deal he should merit, but what his actual value to the Cowboys is at all.

That’s just the nature of playing for one of the most passionate fan bases in sports, and the reality of being Dak Prescott.

The Cowboys should pay Dak Prescott before Ezekiel Elliott

“The reality is that any Cowboys quarterback is going to generate controversy,” USA TODAY national NFL writer Jori Epstein told me, via email. “That comes with the territory when you play the most important position on the most valuable sports franchise in the world. Consistency, accuracy and winning in January and February will quiet some doubters, but opinion will always be split.”

The way the Cowboys are built also offers plenty of fodder for argument. For every person who thinks Prescott is Dallas’ can’t-miss QB of the future, there are others quick to deride him as a mere game manager riding the coattails of elite running back Ezekiel Elliott.

On Undisputed this week, FOX’s Skip Bayless and Shannon Sharpe got into it, debating heatedly over Prescott’s abilities compared to those of the Philadelphia Eagles’ Carson Wentz.

.@ShannonSharpe: Zeke is a top 3 back, but Amari Cooper and Dak Prescott are not top 3 at their positions.@RealSkipBayless: Yes, they are in connection. It’s like Brady and Edelman. pic.twitter.com/97NaOdp276

“At the end of the day, Wentz is just better,” Sharpe argued. “His ceiling is higher.”

“This is the quarterback that set the all-time record for accuracy his first three years,” Bayless responded, talking about Prescott. “No one in their first three years has been more deadly accurate. I am on record: this is going to be the year of Dak Prescott. Book it. Here come the Cowboys.”

In The Athletic, Mike Sando’s respected rankings placed Prescott at 17th among NFL QBs, in Tier 3 of the four-tiered system.

“Eventually he may be a really great quarterback,” ESPN’s Max Kellerman said. “But that time is not yet. If you overpay him now, you won’t put a good enough team around him to win.”

This matter may be dealt with in short order. NFL Network’s Jane Slater revealed that both Prescott and the team were like-minded to get a deal done before the end of training camp. But where will his number fall?

“Zeke’s mentality should be: ‘I am your QB, you don’t have a season without me.'” — @criscarter80 pic.twitter.com/FqGUPQ9boL

Quarterback prices are fickle and fluid, but the top guys are earning major money. Russell Wilson is on $140 million over four years, with Aaron Rodgers making $134 million in the same span. Wentz signed for $128 million, again for four years.

Where does Prescott fit? Unless the Cowboys have a change of heart, it is hard to see him cracking the $30 million per season barrier. If Dallas really wants to maximize their spending elsewhere, an offer closer to Nick Foles’ $22 million a year with Jacksonville might be more likely.

USA TODAY’s Epstein conducted a rare one-on-one interview with Prescott over the summer and described his leadership and intangibles as “off the charts.” But she also noted that his interceptions spiked to 21 in the past two seasons after just four in his rookie campaign. Things are not clear cut.

Prescott got better after the arrival of star wide receiver Amari Cooper last season, which fueled both the pro-Dak and anti-Dak debate. Those in favor said it was an indicator that some of his post-rookie year struggles came about because of limited receiving talent on the Cowboys. His doubters used it as evidence to suggest he can only win if surrounded by stars.

Today’s Before We Go: Dak Prescott should show some self-awareness, leave some of his money on the table for Zeke & Amari. @WhitlockJason pic.twitter.com/QHbDlBd6aA

What is clear is that the Cowboys know what a bad contract looks like, paying Tony Romo millions even after he was wearing a smart suit in the CBS broadcasting booth. It is widely assumed Cowboys owner Jerry Jones has little intention to put Prescott’s salary anything near to that of Rodgers or Wilson money, and there is the necessity to keep enough space in mind to retain Elliott and Cooper.

If the new deal is done before the start of the season, Prescott will have the chance to prove he is worth it as Dallas tries to improve upon last season’s run to the divisional round. Yet chances are, even if he succeeds on the field beyond his or the fans’ wildest dreams, he’ll likely never settle this debate. When it comes to America’s Team, that’s just the way things are.