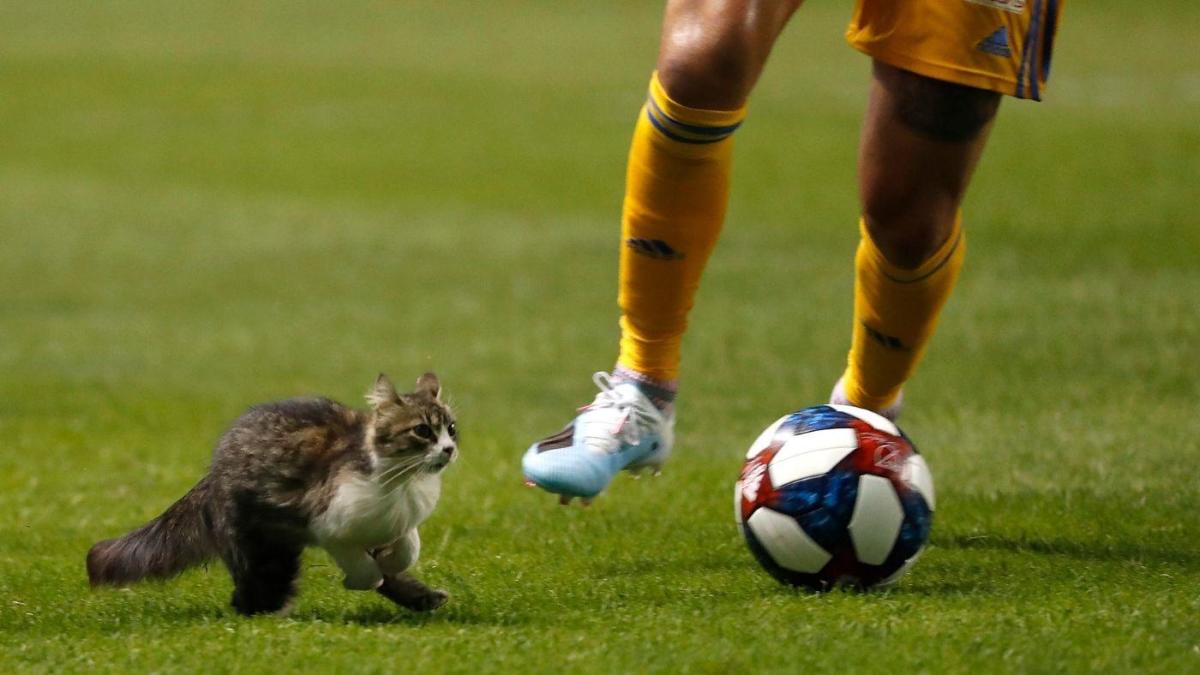 We have all seen people storm the field, whether it be to make some sort of scene, or run up to their favorite player. But Wednesday night, there was something different on the field of play.

Real Salt Lake was hosting Tigres UANL on Wednesday night in the Leagues Cup when an extra critter joined the action on the pitch. A cat rushed the field during stoppage time in the second half. The feline was thankfully unharmed.

Players looked confused when the cat, who seemed ready to take a shot, decided to jump into play. The broadcasters commented on the cat’s athletic ability and the timing of its moves saying, “it was a great overlap by the cat.”

The cat did not run around aimlessly but instead executed the perfect run in the channel before exiting the field offside.

The cat’s MLS dreams were cut short, however, as the four-legged striker was safely removed from the field and the game continued without distractions.