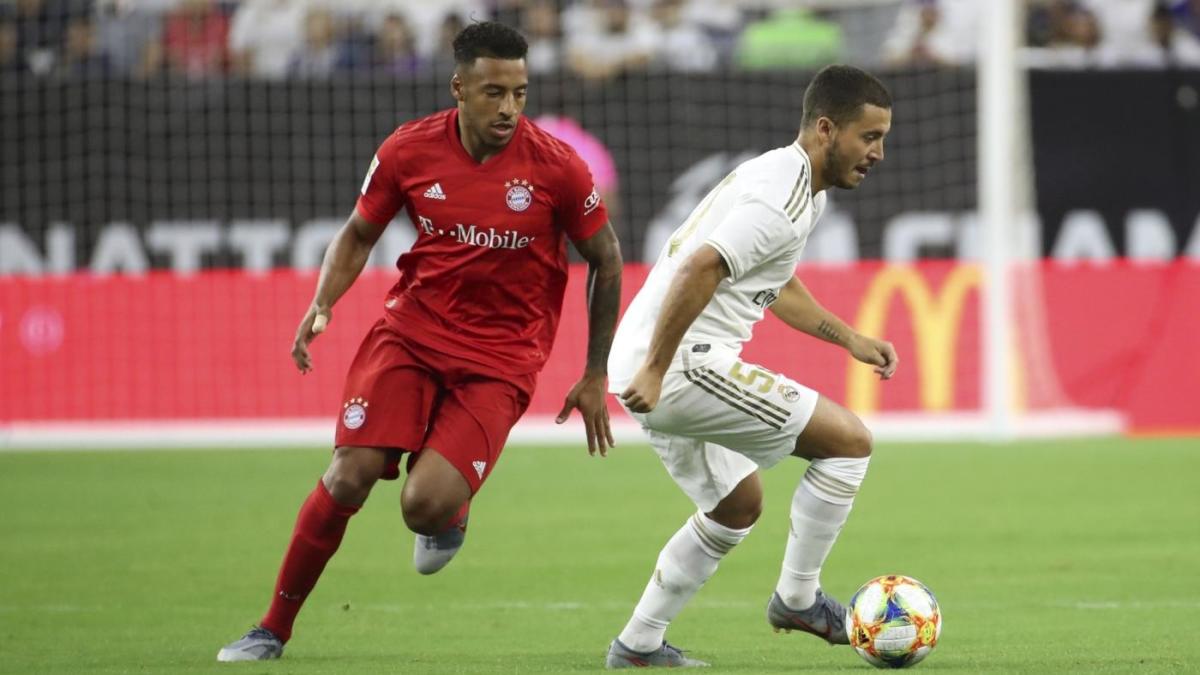 The International Champions Cup has quickly become arguably the premier preseason competition for the world’s biggest clubs, and it is back in 2019 with some fantastic matchups all over the United States, Europe and Asia.  All of the matches are set to air on ESPN platforms, and there are 12 teams involved. The teams are Real Madrid, Manchester United, Tottenham, Arsenal, Juventus, AC Milan, Fiorentina, Bayern Munich, Inter Milan, Atletico Madrid, Benfica and Chivas.

And the schedule includes the first ever Madrid derby outside of Europe, as Real Madrid and Atletico Madrid meet at MetLife Stadium.

Here is the schedule, scores and what to see:

Eden Hazard played in his first match for Real Madrid since joining this summer from Chelsea, and he sported the No. 50 jersey in the 3-1 loss to Bayern Munich on Saturday in Houston. He played in the first half and looked fairly sharp, though not having too many chances. He was lively, did well to move the ball and get into space and looked fairly comfortable display not having a lot of time with his new teammates.

Bayern was the sharper side though, getting goals from Corentin Tolisso, Robert Lewandowski and Serge Gnabry before a consolation goal from another summer signing, Brazilian Rodrygo.

Here’s a look at Hazard’s display:

Real is back in action on Tuesday against Arsenal.

In Tottenham’s 3-2 win over Juventus on Sunday, Harry Kane came on as a second-half substituted and scored a ridiculous goal from midfield in added time. He saw Lucas steal the ball away from Adrien Rabiot and fired first touch from nearly 50 yards to beat Juve’s goalkeeper. Take a look:

A ridiculous goal and the best one of the summer so far. What a way to win a game.