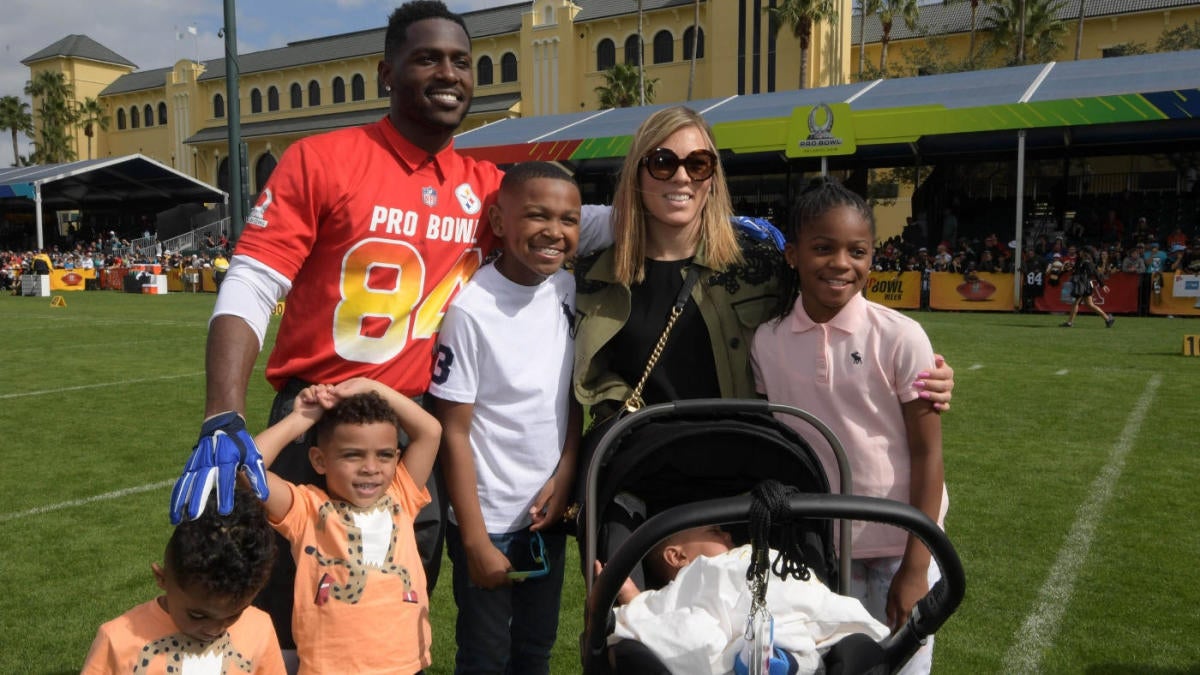 Antonio Brown is working out and gearing up for his first season with the Oakland Raiders after getting traded from the Pittsburgh Steelers in the offseason. Some of his children are getting ready for the 2019 season as well.

In an Instagram video, Brown and his sons can be seen doing the same workout as their All-Pro dad. Take a look:

His sons appear to have the hang of the drill and AB is heard in the background encouraging the young athletes.

The trainer captions the video explaining why this particular workout is effective for a player like Brown saying, “this particular exercise gets him comfortable with one arm being the stiff arm, while simultaneously making a catch with his free arm. On top of this, the Swiss ball creates a draining stability challenge which trains him to stay focused when fatigued.”

Brown, who has four children (Autonomy, Antanyiah, Antonio Jr. and Ali Brown), is entering his first NFL season apart from the Steelers. Brown had 1,297 receiving yards and 15 touchdowns in 15 games last year in Pittsburgh.